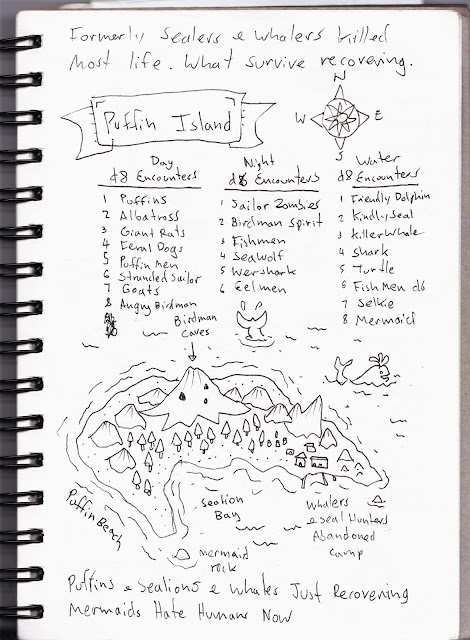 I did this on the bus. It is a small northern island on the cold side where humans stripped ost of the life from and it is now returning. Most of the life is wary of humans. There are stories of buried treasure and marooned men. Some say the birdmen who had a written language still survive or had treasure but the humans rendered them into oil lng ago. A few giant puffins remain and they especially hate humans and remember the last time man invaded and killed their kin. The mermaids used to be friendly once. Nobody is quite sure what killed the fur seal skinners and the whalers colony but sailors mostly avoi the place.

Posted by Konsumterra at Friday, September 22, 2017