Classes to create or kill off... 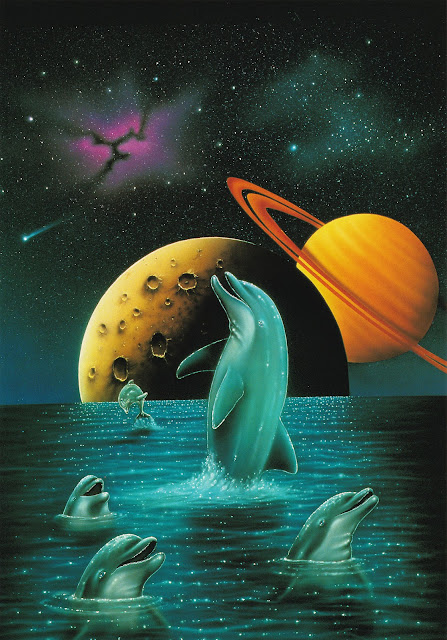 This was a thing I responded on a thread on a G+ by Richard G expanded here.

DnD considered as rooted in fantasy lit or mythology is a failure and i cant really be bothered caring anymore - im far more upset by what it did to mythological monsters that is now accepted as cannon by millions who don't even play the game - I prefer wikepedia monster descriptions to say second ed long winded ones - at least 1st ed is brief and I prefer lots of the BX versions and creatures like salamanders and devil swine.

If I want to be more literary or mythic or historical gritty i play RQ. DnD is its more oafish cliched older brother but the simplicity and heroic scaling is a different kind of fun and its better not to ask too much about it's credentials in realism and focus on having fun. Part of DnD fun is power gain from puny to so mighty i can jump off a cliff or kill a hundred orcs by myself. In RQ a kid with a rock might kill you still and killing a hundred men at once is always going to be a risk and an effort. In stormbringer I could release a god of chaos into the world to get out of a pit. Im ok with DnD being a bit kitch like star trek and starwars.

Paladium RPG and some dnd knock offs handled weird classes better. I really liked diabolist and elementalist. 95% of my rpg collection is classless.

Lots of debates online flooded with bard and cleric haters.

Im fine with clerics though not convinced they were quite right - the shukenja in OA seems more priest like - the dnd one a mash up of templar and prophet and miracle worker and hammer horror holy man. But for dungeon adventuring it works. I think the new eds handle cleric as healbot worse - second ed specialty priests were promising but lots of work to create for every cult in your setting.

Outside 4 classes gets harder to justify
I like druid monk sorcerer bard as second tier specialists and have hesitated for years introducing more - but have considered witch/alchemist/mystic/shaman - assassin/knight/barbarian/ranger/paladin/seem just slightly modified versions of existing classes and not that distinct, possibly created with some dual classing and skill choices while
witch/alchemist/mystic/shaman could require radical new abilities or spells.  I have a whole psionics system done as standard spell list because I hate having crazy new broken mechanics when the spell-level system works and is already a feature of the game.

Ive allowed elves to pick one spell list like wizard or cleric or druid or psionics in game and it worked fine. In fact better than fine and has had no problems and made interesting sub races and reskinnings. Wood elves use druid spells, bright and dark Elves use wizard spells, high elves use cleric spells. Has made for interesting characters.

Nobody played a thief or halfling in any of my games from 85-2010 until I modded them with a few more hp, made them the skill specialist class and gave them luck points to make them take incredible skill risks. In BX they are only good for sneaking and as puny as wizards. Gord the Rogue in Gygan books didn't fit the puny backstabber mould very well.

Too many specialized and setting specific classes are silly but racial classes are more interesting but i probably have enough of those too - dwarf/elf/gnome/halfling are fine but ive considered scrapping halfling but ive had fun reskinning basic races except the dwarf which doesnt seem to be as reskinnable - elf makes a good half demon, dark elves, angelic all kinds of snooty magic folk. Halfling can be ratlings or hedge trolls and possibly goblins. Gnomes I use for ppl who wanna be short and magical and because players kept marrying them and interacting with them and getting reincarnated as them.

As for other races I have giants (who gain a d12 inches a level and go from humans to mutant horrors and usually change class when getting in doors a problem. Changelings which has many subtypes from animal, to planar to nature spirits based on OA spirit folk and animal spirits. I did beastmen which i had to rename abhumans because ppl wanted to do them as rock men, ice men and we also found them pretty good for barbarians and orcs.

Changeling unicorns and angels were interesting characters and the above art tells me psionic dolphin changelings on Psychon could be a thing.

My final race is Tako - japanese octopus fairies who moved onland and are most alien and players use for strange sex acts. Also because my game is elfmaids and octopi. I can resquid i mean reskin them as squid, nautilus, ammonites and possibly as insect men.

For some reason I have to make all my new races/classes as sets of 4. Some weird compulsion to do things in fours and make myself work harder. This is a weird problem I have with lots of my projects and is slowing me down in Xor too.

Nowdays I ask can a proposed class or race "could it just be a reskinned old one" test.

Im pretty happy with my reskin everything as troll types last blog.I love RQ trolls and moomintrolls and love idea of nicer trolls in all shapes and sizes behind stoves or in barns (dnd classic trolls are chaos cult living cancers gone insane from black magic). I can reskin the basic versions of  races to make trolls - elves for pretty snooty magic race trolls, halflings for hedge trolls, gnomes for magic roof trolls, dwarves without size abilities as warrior trolls. I could do talking animals also possibly with reskinning.

I have been playing LOTFP with Xor for a while because I have only played intermittently the last 18 month not my own house rules and classic setting but hope too again. My next house rules set will be about cutting back rules and stacking abilities and only viable classes without reskins are magic list based or goats.

I have considered witch might have access to all spell lists but has some radically new mechanic like spells require premade fetish objects that are expended when cast or have a skill roll or something and until i find it witches better done by sorcery or wizardry or even druidry. Witches could just be a legal term for illegal spellcasting. Alchemy I consider because I remember seeing a good Dragon mag class I still might use as inspiration when I feel like writing up a hundred odd alchemical potions including making dragons and hermaphrodites. Alchemists seem a bit like they would summon elemetals and golems too. Speaking of which should be 1HD elementals. A class that spent money to make magic could be a problem and I need to be careful.

If I do what I plan with trolls and shamans Im dangerously turning my dnd into RQ a bit. Shamans are alot like shukenja just need to work out how to jig turning into spirit wrangling. I want more spirits in my DnD like OA has. Strangely my psionics list suits them well. Ive considered a psionics class the mystic based on this spell list that comes out a bit like some of the more modern takes on magical assassins. Anyway all these class ideas take more work than reskinning my existing proven ones. Im happy for anyone to change class a number of times = to INT bonus so this lets me get elf theives and dwarf clerics and giants to become fighters when dungeons start getting too small. I have toyed with system to let people get a few cleric spells if they prove to gods and powers they are alignment fanatics who take a oath or taboo every level. I made one of the worst of my spell per level tables (on the flickr links above) future ready in case I do make paladins or rangers a thing.

Nothing set in stone as yet and most of these are problems which can wait till I have a long term game that choices will enhance. With short term games LOTFP, BX or even my simplified Fighting Fantasy system are fine. Though I am for STR = damage bonus which made me strike blueholme ed from my list for kids because they all want damage bonuses and I don't believe it enhances roleplaying to not make strong people effective at damaging.

I did do a robot class with the robot "spell" list applicable to cyborgs too so a cyborg class would work. A mutant class is pretty viable with all the mutation lists i have done and needs testing. A psionic class would fit here possibly too as I need to do classes in fours.

A note on my settings
Planet Psychon is for gonzo, genre mash up anything can happen but less suited to horror or subtler moods.

Exile Island/Shadelport is based on 80s UK games - a bit more gritty and horrible than anything TSR would do and influenced by nastier end of history - its a world made for murder hobos and better for classic fantasy and horror.

If I do gritty historic or mythic fantasy its off to BRP/RQ...

I did once use Marvel superheroes for a game which was great for magic but and characters semi divine heroes but they kept tearing dungeons apart and destroying architecture and scenery which is something superheroes do but doesn't quite feel fantasy or mythic when every fight destroys a building.
Posted by Konsumterra at Thursday, August 10, 2017