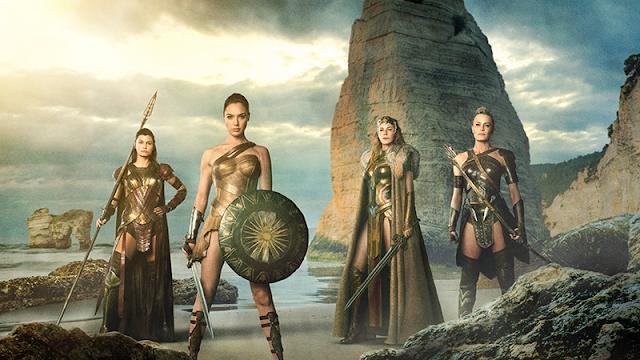 In my setting amazons are really common. Ive considered designing a class for them. All people have heard of amazons often in relation to goddesses and from ancient histories. Many petty magic cantrip spells used since the dawn age have helped make the life of women more free. But most of the world have become backwards since the dawn age. Many cultures shun amazons and accuse uppity women and disobedient girls of being under their influence. The more a culture hates amazons by reputation the more they oppress their own women. Many such women run away to join amazon tribes on the fringes of civilization. The new knightly women orders of the empire and other more modern groups often adopt amazon heraldry and even enjoy their art and literature.

In the dawn age there was plenty and prosperity till chaos came and death and time were born. When the monster empire arose from the ruins of the divine empire, Amazon tribes sprung up in revolt and have continued since. While humans are free of monster kings and gods and necromancers the world is still imperfect and Amazons still keep fighting.

Amazons can have any alignment and many fight each other. Amazons of varied alignments will unite against a common enemy oppressive male conquerors.

There are great 1/72 amazon minis now with a box set of beast riders including dinos, unicorns, tigers and stags.

d20 What about sons?
1 Become slaves caste forbiden to bear arms
2 Become slave cast but include auxiliaries, skirmishers and gladiators
3 Give them to other peoples or return them to fathers in other lands
4 Expose them in wilderness but other peoples often adopt them
5 Sell them to slave traders no questions asked
6 Sacrifice them to a god or demon or devils in return for services
7 Keep some as pets and drive away unwanted ones at puberty
8 Drive away when adult enough
9 Raise in state creches and form military or labour units
10 Make most of them into eunuchs
11 All babies born are daughters
12 Give birth to animals instead
13 Males are all orcs or ogres and set free or enslaved
14 Males are non humanoid monsters
15 Most babies magically changed to females at birth
16 Male children swapped for female with other culture
17 Accepted as long as conform to amazon customs and accept place as second class
18 Sent away at adulthood with weapons as part mercenary company
19 Male children traded with non humans for goods and services
20 Males care for children, cook, clean, tend home and serve their women

With some magical pairings the males are born monsters or non human while daughters are born amazons. Some evil amazons breed with orcs they kidnap and the orc sons serve as auxiliaries. Some tribes know magic to change gender and will recruit men, others will accept men who conform to amazon customs. Others magically create perfect alchemical hermaphrodites for breeding. Sometimes amazons have killed most male humanoids in a tribe and taught their ways to the surviving females creating amazon goblins, hobgoblins and orcs. Elven amazons are a thing too but they tend to be less belligerent. Amazons of all types will protect women and children from harm, even the evil ones.

During the second empire the Emperor would yearly sleep with visiting Amazon pilgrims in a yearly ceremony but later emperors became degenerate and the custom ended. The current third empire has no official dealings with any Amazons. 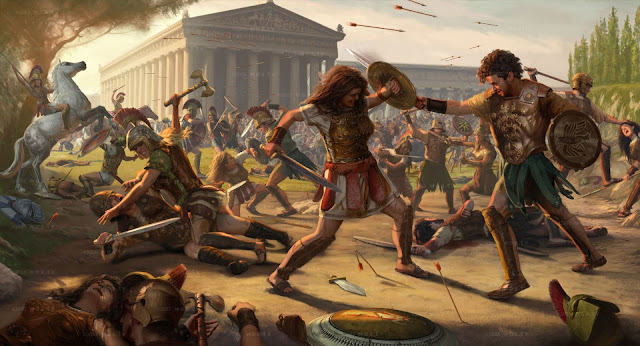 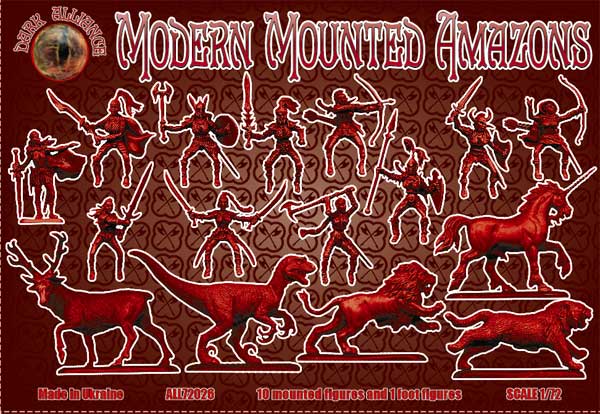 These are the beauties im looking for, i wish someone would do more dungeon monsters - the trolls look good too and i like the mounted undead. The earlier sets look more archaen greek.