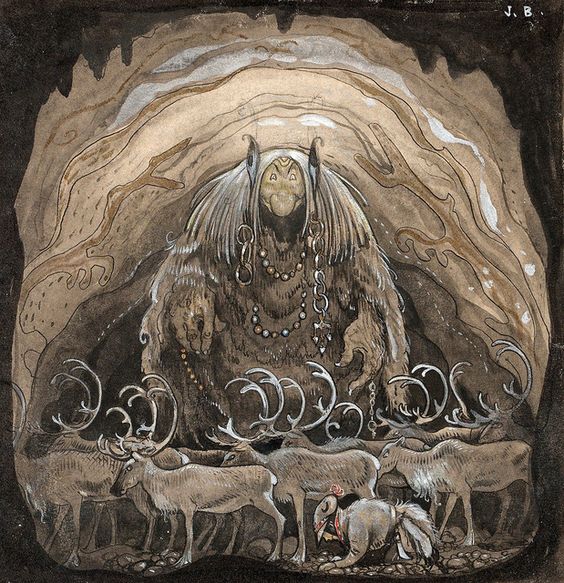 My idea of trolls is more like John Bauer, Moomintrolls and Brian Fraud. I do quite like RuneQuest trolls and always felt the green ones in dnd were a bit basic. In my setting they are heretic chaos trolls who took regenerative abilities but became insane living cancerous clones enraged with hatred.

In my setting gods and jotun or titans appeared first on the world and were at war long before man existed. Trolls descend from yotun or even spontaneously grew from the remains of the great giant whose corpse made the world (some say a dragon). Trolls evolved into many variants big and small and are the ancestors of dwarves, gnomes, halflings and elves. Humans came at the end of the dawn age to be servants of the gods.

You can also reskin goblins, hobgoblins, bugbears, ogres and giants

Trolls have tails which is the main identifying feature rather like a cow tail
Many have horns, tusks, huge teeth, hair, big eyes
Some have pointy ears, other are less visible or more human
Many have pot bellies and huge noses
Most are covered in fuzzy soft down, some are shaggy all over
Some have long hair from heads down to their waist
Most prefer to be naked but wear loin cloths, hats, fur capes, jewelry sometimes robes

High Trolls are most human or elf like, and even attractive at a glance but facial features are smoother and simpler

Trolls are slow to anger or react at times. They can remain still and hide for hours but can be angered by swearing, destruction of property or trespassers. Some are stupid greedy and evil. Most are harmless and possibly helpful but best avoided as some can be moody. The larger ones tend to be more belligerent.

Trolls are more populous in the north replacing the ecology of elves and goblinoids in the frozen mountainous north. But trolls are returning. Occupying bridges, caves, ruins or old mines. They know they are ancient and kin to old magic of giants and gods. They regard many lands as theres since prehuman times. Huge trolls are more likely to think of lesser beings as food. Smallest trolls don't mind living near humans and humans might leave them offerings. House trolls live inside humans homes often helping humans out of sight. It is best to ignore them and leave them some food or milk out but exposing them might drive them away. They might be offended by bad language and beat a foul mouth child or drunken parent. Forest trolls might tolerate hunters but they also might expect good behaviour, respect to game and might punish swearing. Swearing is blasphemy to trolls, especially those mock the divine. Trolls dislike lightning or storms or the thought of the sky falling. Trolls worship elements, ancestors and titans of old. The know the gods of man and respect them but might not like them. Some gods drove trolls away to make room for man.

Are Trolls coming back. In recent years many elder races have returned and demihumans are common sights. Trolls have been seen in the wilds more and more and rural folk have increased contact. Some humans fear trolls and insist on hunting and killing them all as if they are all horrible killing machines. In these areas the nastier trolls swarm. Bad trolls might think some of their kin are soft but will avenge them and wage war on man happily. Most of the older demi human races no longer fight having battled too much to their mutual destruction long ago. This is why man rules now. 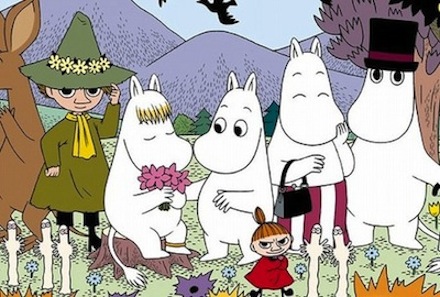 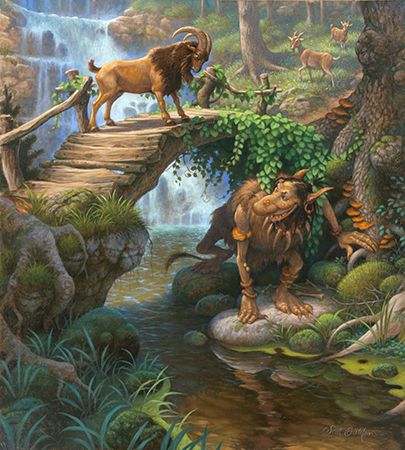 Trolls have often like to employ curses and one of these is to make men into trolls or taint them. Part troll children are often mighty and strange. If neglected by human kin will grow vindictive and dangerous. I will do troll mutations sometime. 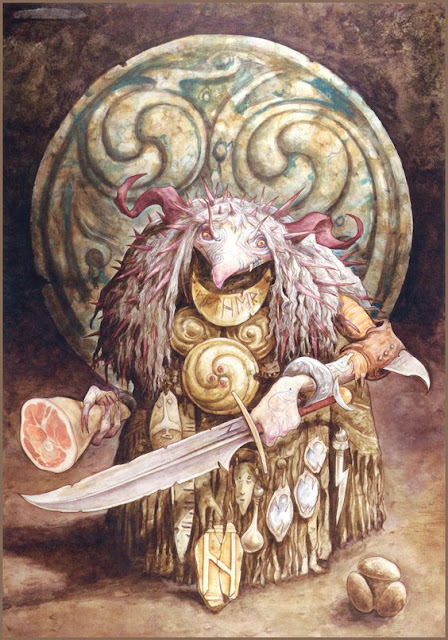 Posted by Konsumterra at Saturday, August 12, 2017