The Hellbog Part 2 - A living world of death 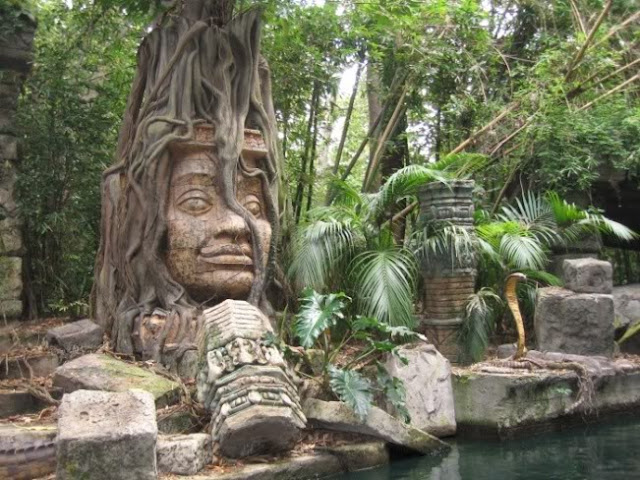 So I have repeated my basic format from previous hell posts but will do a third part set out more like my dungeon zones made for lower level adventurers in a horrible but more worldly swamp. Will also feature items and mysteries. The encounters here will include more planar creatures.

As said before devils are lawful tormentors in hell but this hell the landscape is the main tormentor. Devils here are reluctant either on a mission or themselves are banished here. Demons like it here as there are less devils to bother them with rules and many come here on a mission such as the demon bounty hunters. Demons that do too well bring forth a army of devils to destroy them.

Lots of my dungeons are intelligent and evil. This is my first detailed outdoor attempt. The swamp is hostile and malicious. It magically ruins any sense of direction. It keeps visitors wandering in circles in the outer zone, goading them with encounters, temptations and terrain hazards. Mapping it is pointless. The inner zone is a wasteland or treetrunks, thorns, black mud, plague carrying insects and then the final heart. Here the swamp souls can manifest as different beings. In the past it battled gods. Some say it was less horrible land spirit once but was corrupted during primordial wars with gods and monsters. Some say it's children were slain making it bitter. Other say it refused to let humankind tame it and evil planar beings aided it as a bullwark against human kind.

Remnants of pre human monster empires and early human settlements can be found in the swamp. Also the swamp protects degenerate rural inbred cannibals clans driven out of more wholesome areas. They live in shacks and survive in the swamp not noticing it's more hellish properties.

The earthly hellbog and the swamp lands of hell overlap and you might wander from one into the other. The earthly swamp god if fed up with adventurers might send them to hell. Hell is less likely to send anything to the worldly swamp but does send undead and monsters through. Demons and devils of hell have used the swamp to ascend to the mortal world and at least once a small army of devils came out to burn a adventurers stronghold. This possibly happened more in ancient times. The elves nearby still carry silver.

Several evil villagers and the whaling town of Bloodsand are said to have unseemly connection to the swamps. Cultists and bandits for miles around hide on the fringes of the swamp and it leaves them in peace. Some settle in swamp and it protects them unlike intruders.

Evil beavers build all kinds of hazards for intruders including traps, walls pits. They worship the bog god

Local Druids have battled the swamp for aeons with initiates visiting it for initiations and senior druids near final days retiring into the swamp to fight the unatural blight. Evil druid sects worshiping the swamp have thrived in the past but the jealous swamp has kept power for itself. The occasional cannibal clan elder might use druid spells.

Hazzards are things that impede travel but can be avoides. Encounters are harder to avoid and mostly hostile meetings with swamp denizens. 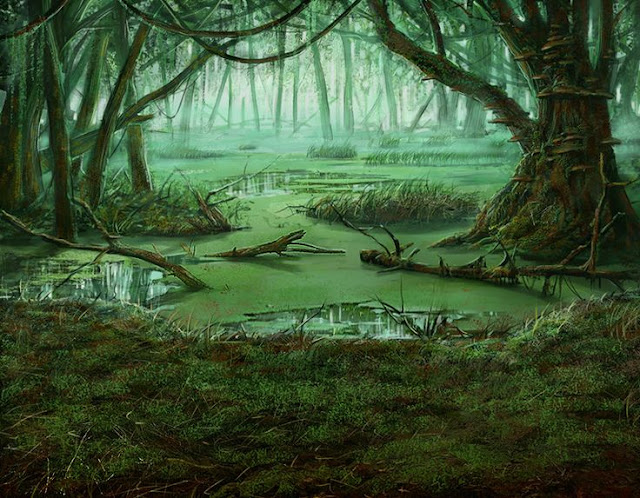 When ASE modules finished will be playing Xor or Hell.
Posted by Konsumterra at Monday, August 15, 2016