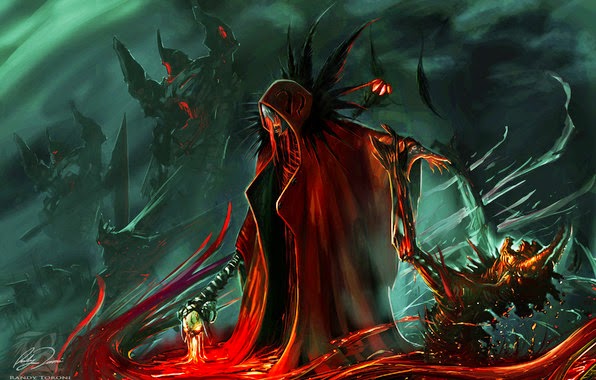 So in Adelaide got to run game for 3 old friends. One builds life sized daleks who make appearance in public lots. Another has a 3d printer i want to ask about. One had a baby on hand which was fine.

Each generated four zero level characters from common to poor backgrounds who had received scholarships from an unknown source. Ranged from street louts to rural hunter lads, urban craftsmen and several who could read. They were enrolled at the Shadelport Adventurers Preparatory school by someone. Some thought the Barron wants more dungeons cleared to expand his control and settle more rural areas. Others postulated the 800 year rule by the Barron is proof he is a duke of hell in disguise.

So the youths were shown the school grounds with a cottage garden, graveyard (with several fresh student plots), sports field, forbidden apple orchard and a grove of old oak trees. Inside were student labs, dining halls, dorms,lecture rooms and more. Was explained they were to be trained for making a living as noble adventurers not just grubby murder hobos out for grubby loot.

Given student robes and floppy pointed caps for uniform and given room in first year dorm. Thuggish older bullies and a few mean rich kids eyed them off as they settled in the first year dorm. It was just a big hall with military cots and a foot locker with bedroll and blankets. There was little privacy. The second year room had lacquered paneled wooden hutches with nice beds, wardrobes and chests of draws. Third year students had a private room with a door but rich kids in velvet were strutting about like jerks, many with thugs in tow.

So settled into learning basics, most studied to read and those that could already learned goblin and ancient and other exotic dungeon tongues. Apparently language study established a basic test of student potential. One day while out playing stickball, the dozen new youths with a few extra students when a few saw something spying them from the woods. It was goblins who furiously charged. Several students bolted away including Wheezie the sickest kid int the dorm. Others wondered if hey were goblin servants of the school. A number of kids stood their ground with bats, others threw rocks and sticks. The first three kids were butchered horribly and a few of the tougher kids made their first kills. Some kids had brought slings and daggers and joined in too. A few youths fell wounded but most of the ten goblins were pushed back. Masters impressed by students and a few of the school orcs chased few surviving goblins away. A master explained a goblin hole nearby had been producing problems.

After that many more student talked to them no doubt seeking people to rcruit into a adventuring party of their dreams. Most of them could read now and began to look at possible adventuring class programs coming next term. Kids had some fun finding secret passages in school Did get attacked by a rat swarm, saw some gremlins, and found a imprisoned demon all in secret doors in the library. Got into attic and found lots of weird barrels pulled from dungeon. Inside found food, tools, short swords, strange foodstuff and a small bomb. One heard croaking in toilet block late at night and they found and killed a giant frog in a group next day. Eventually heard off haunted midden heap full of rats and creepy graveyard. Found a buried pit in middenheap and explored a root filled dark hole with lots of huge rats the size or farm dogs. Found entry to graveyard and fought goul who paralysed several kids.

Over holidays some had parents visit bringing kids ham, pies and fruitcakes. Other got embarrassed by hugs and kisses and parents boasting about children's superiority. Most other students returned to families over holidays but had a few days enjoying treats. Got to have run of school mostly empty so looked for more secret doors. Found a creepy stairwell behind a secret door where found a stone crypt. A wight came out and several school masters and librarians killed the beast but two students disapeard.

Got to meet some of the school secret societies by late in year and a few joined in. One joined the stick dancers who practiced in the woods. One found a brotherhood of archers. Others were offered inductions into creepier groups who demanded they stab people around the school and steal school mascots. Eventually decided to go into tunnels again taking a different route. Killed a giant frog and a huge beetle. Found bowling ball size grubs and took them. Finally came out in graveyard and heard odd noises and hid. Saw former students who went missing in wight hole being let inside the run down crypt.

Next day blacksmith among group silvered everyone's arrows, clubs, daggers. At night bashed door down and fought the two dead students now demi wights. Was a terrible battle and two kids died but monsters killed. Lead survivors were graduated to middle stream (a fighter and a rogue) and met a halfling. Became best friends over term and next term began asking old men about ruins and treasure in the nearby village pub. Went poking after a witch house and climbed in the roof. Took some loot but house moved and every hour moved to a new location in a strange dreamy interplanar phase shift.

Eventually went through cycle and witch returned. Managed to kill her and her toad and escape. Back to school to study and relax for a while....
Posted by Konsumterra at Monday, December 29, 2014