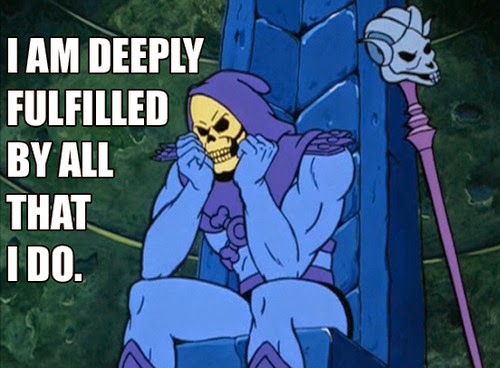 Last game for year but my players in Adelaide requested oldschool DnD this year. Probably will not get to be in Adelaide this long for a while as my current job would employ me in that time period despite what manager said before I booked tickets. They since quit and have given me the spare days I had in their new centre (they didnt even tell other staff where they went too) when i get back so 4 employers for 20 days then I have no idea. Health good and feeling more sociable than last few years. And I still get to game.

Last time party badly wounded and retreated. Called to Orc kings dining hall where Acula and Olga were there with king also battered. Apparently they tried to catch up with party with some orc recruits but orcs all killed by spores and chased Olga and Acula about on the mushroom levels til they escaped. Party agreed to not split up and head straight for the entry ol level 17, where no green orc had ever returned from. King was pleased and Acula began to wonder if his wife on surface would like to be turned into a orc like he was. She was ugly enough already.

After a few days rest they departed and found the gates to the citadel upper levels open and drunken orc layabouts and guards chillin out. They leaped to attention when they saw Acula now well known as a orc hero as was his wife the orc beauty Olga. Nahme the Angel and the Tako kid Serren where getting sick of being known as Acula's strange followers.

Anyway the Nahme (with her orc guard, her theif boy, her bodyguard warrior and priest and bugbear assasin she hopes to eform) Serrin with his eelman buddy and Acula (with olga, two orc recruits and 5 grunts) went upstairs. Past the haunted bandit levels that orcs inspired by party had mostly cleaned out and int the next four former temple leves. Noticed things were a bit quiet. Heard some moaning sounds and found strange hoof prints. Acula went up stairs alone sneakily but slipped. He stuck his head around corner to face the gaze of a wierd elongated hairless cow-molerat thing.

Others wondered where Acula was. Thief boy was curious and went to fetch him. Found his dead body and saw rear end of monster guzzling a dead goblin. It's slobbery jowels where drooling on goblin then sucking up gelatinous flesh. Well Acula being dead was a bummer so they fled.

Met the court of the king who called forth his greatest holy men and shamen and healers. On wiseorc told of the dreaded gaze of the cateoblas. Offered one form of raised dead but party pushed for the best possible treatment. Priests of hell lords took the body and Nahme sighed and went back to inn. She didnt want to see this. Serren watched the holyorcs call on the power of hell and Asmodeus.

Acula awoke and seemed a bit diferent. He mentioned a funny dream where he sold his soul or something. Nahme could see he was lawful evil but to her lawful good eyes that was better than his pure chaos he worshipped before as an excuse to act as he pleased without restraint. At least he was lawful now.

Party returned to the ormer holy level. Nahme was determined to kill the beast that ought not to live and migt harm the innocent. Acula wanted revenge. Serren as usual was along for the thrills of the surface people. Followed beast tracks and tried to ambush it from behind but it was ready. The air was charged with it's fell gaze and the party charged mostly not looking under the cover of a silence spell. Acula took the risk and just kept shooting his deadly bolts into the beast but it had tough hide. Other swung at it mostly missing and Serrin cast magical bolts and a fire ball and Nahme shuddered almost succumbing to the death gaze. Olga bashed it with her flail and Serren finally killed it with a flaming shuriken.

Acula took the beasts head and they went looking for the fell beasts lair. In it's shit filled nest were three chests. Wondered why beast accumulated look but orcs supposed it was to be used as bait. Gelatinous half filled sloppy corpses surrounded the nest. Found a barrel of lard, box of tin snops and rivets, boots that increased leaping range by 20%, a tiara that made wearer sparkle, a +1 staff and some other crap. The thief boy opened them all safely but the last was most complex. First chest was filled with 12000 copper and party gave to the guest flunkies who were thrilled. Next was silver an gold. Finally found in last hundreds of platinum, several bejeweled items including a vulgar cod piece and several magical items. First was a sword of the empire never used +6 but would lose a plus every hit time enchantment faded. Many of these made by empire to kill magic monsters cheaply hundreds of years ago. The ther items were wands. One a red slender beauty with fire runes nobody could read. Last was a twisted black stick with cobwebs and dead flies on end. Nahme wanted to save her power to identify item for healing and go on.

So pushed up the mushroom levels stairs till came into the lost levels where nor orc had returned from. Came into a great chamber with many barricaded exits including a stair level up blocked with rubble. So marched into middle of room to see if they could look down halls. Then the savage white orc cannibals popped up. 25 archers fired away pinning party and wounding many. Flunky or all few and Nahme bless all while Serrin fireballed a blockade killing ten archers and their spearmen guards. Rest of party confused took another volley before fleeing, many grabbin a wounded party member first. Acula managed to pick off a few more archers and pull back so only one group could see him. Serren was not touched once. He destroyed another blockade before pulling back. Orcs were ringing alarm bells and summoning help.

Wounded battered party retreated back to the green orc kings palace. Told him of the white orc savages with bone and stone tools and he was outraged. Commanded party to prepare to lead his army into the 17-20th levels (was still a spherical structure left after that).

Party battered but wiser trained up to the next rank of power. Acula finally learned sword and (?) recruited a dibolic orc devil worhiping priest. Nahme while in payer was startled by a flash and her kid brother had been sent to join her. Serrin found the brother of his crab man and adopted him (from a clutch of hundreds of siblings). Many of their flunkies were beefed up also. Trained with green orc heroes for a week preparing to exterminate the vile white orcs, the most recent tribe who were men who chose to be orcs to adapt to the deeps the gods had imprisoned them in.

All keen to resolve this and return to surface. Acula worried about wives and what the evil sorcerer Chandaru has been up to. One of the wands was a fire ball which Rerin could have single handed killed all the white orc barricade brigade. The other was a cursed arachnid wand that could hurl a web spell daily but would turn wielder into a spider centaur next full moon. Sold most of the loot and came out pretty rich.

Chodaru went to visit his mom in the city and discovered she had been visited by party claiming to be school friends. They had crossed aline so he visited Acula's wife and pressured her to try and see if the man Acula was still alive by divination. As he was technically a orc not a man the results said the man Acula could not be found. Chandaru comforted the widow and made her an offer....

I had battered party worst ever this session and felt a bit bad but all had fun.
Posted by Konsumterra at Wednesday, December 17, 2014