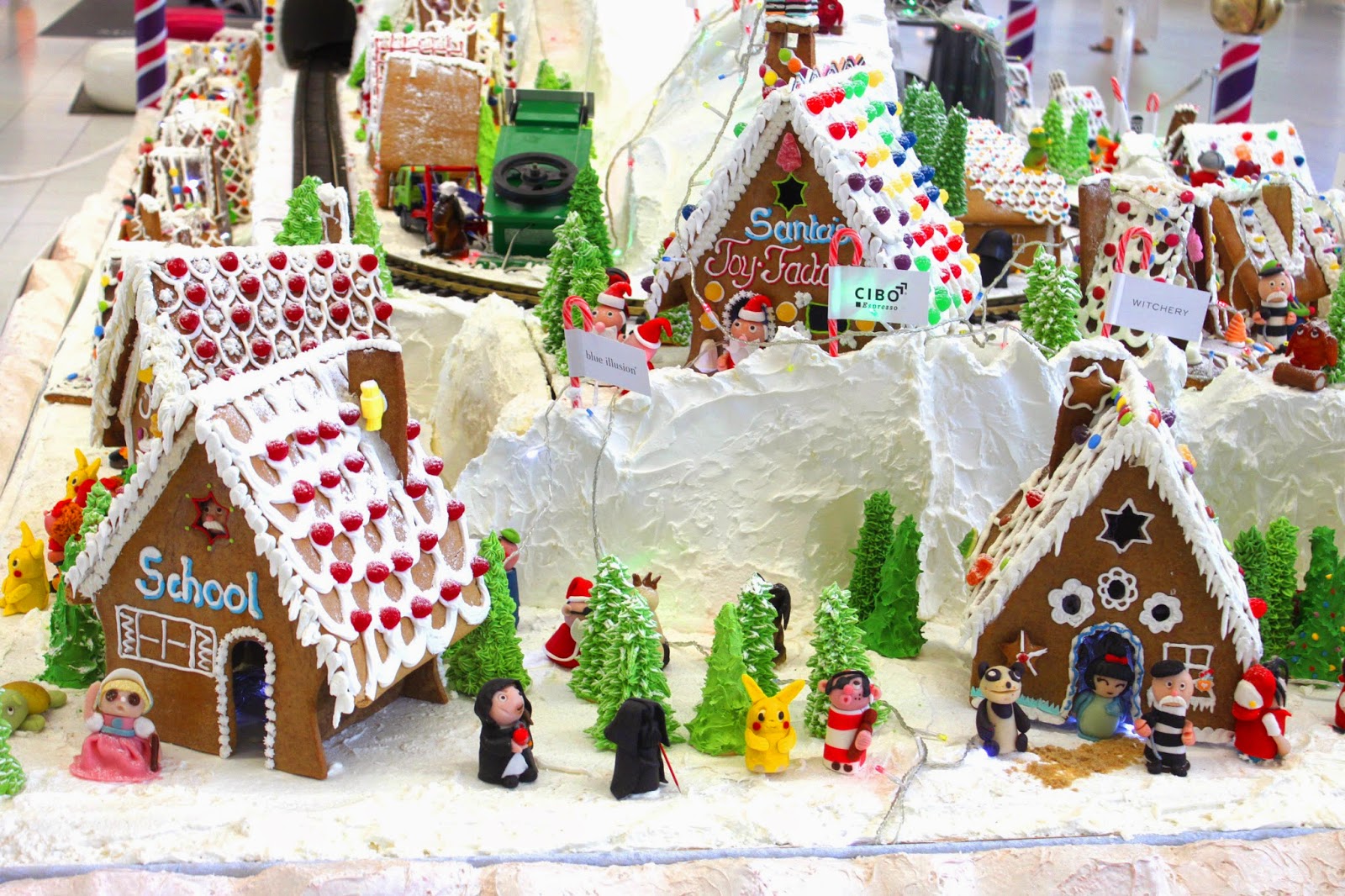 I saw this when landed at Adelaide Airport 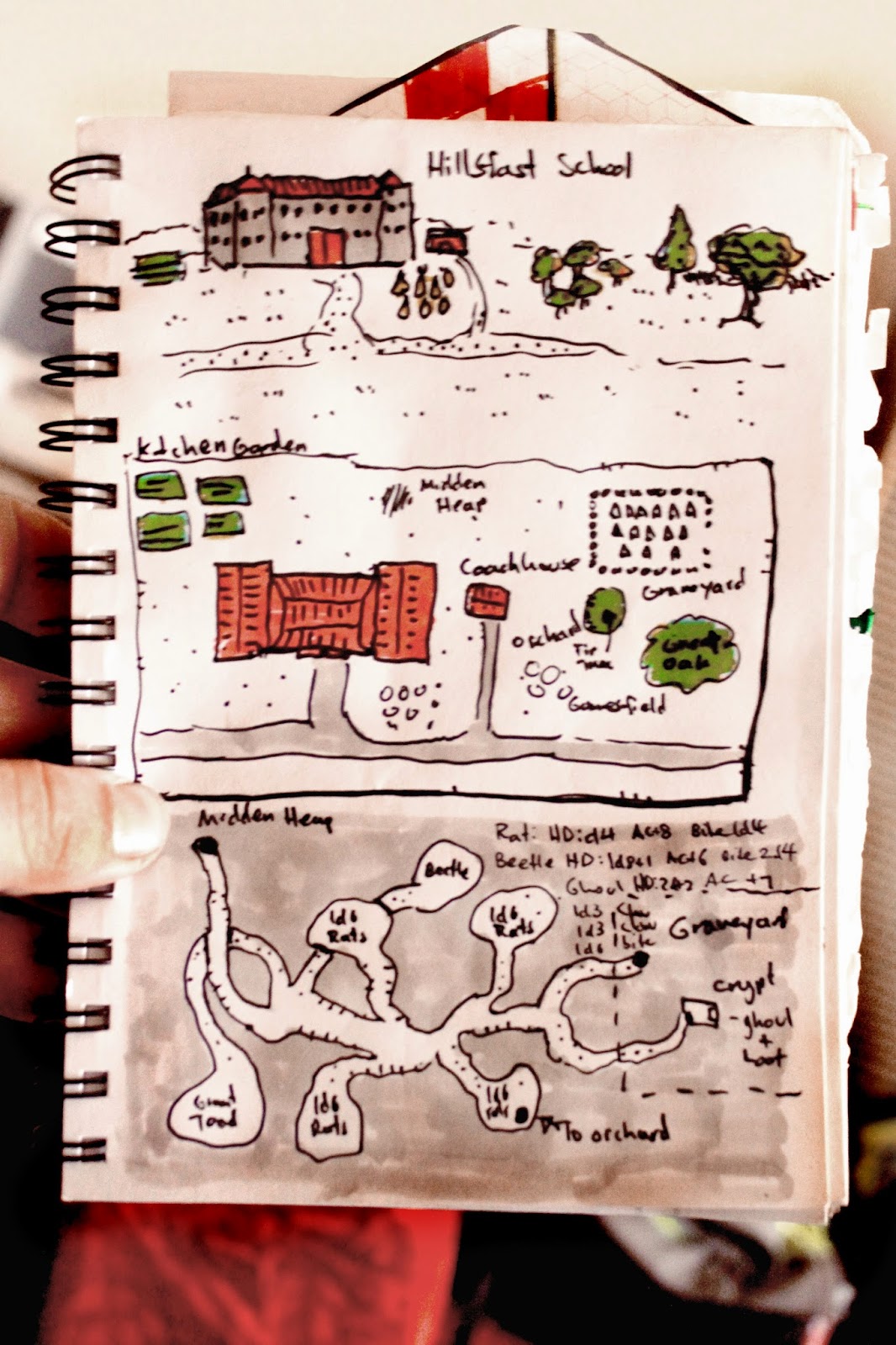 So while on plane over here I wrote up school and mapped it and wrote some tables to fill in between adventurers. The point of this was that zero and first level adventurers could use school as a base early on, recruit extra help and even get emergency aid quickly. I figure they will graduate about third level if they dont run away and become unqualified murder hobos.

Players happy to just ask in local pubs for adventure now. A bit wary of Shadelport city which is sensible.

Player reminded me that witch familiar not killed and hey shopped her to bits and dumped them in different locations the witch house moved to.

Also will do a d100 small cult table also many with junior versions. Junior versions under different names might hide dark secrets or might engage youth in anti social acts. A small able for some youth ones included here.

Characters at first level recruit and hire other students as followers. Could try and get a professor interested in your research so they help with further discoveries or pay them to fireball someone for you or to identify relics. When leave school may (3rd level max), adventurers who remain respectable may invoke the school name and possibly gain the school and masters as contacts, possibly getting employed as guest speakers, demonstrators or tutors.


Characters
Roll up 4 zero level heroes, each is 16 and each character can speak their native language

To create characters roll 3d6 for each stat but get to arrange them in order of choice.

INT bonus gives a bonus number of slots points that can be allocated as pleased among the three types of skills: WP weapon proficiencies, NWP non weapon proficiencies and languages. Characters could use to gain writing before attending school starts which could be handy or get a weapon that your character class does not normally teach.

So next pick a career background from Fighting to a Skilled Career Background. Roll your HP (You will get to re-roll them when you turn first level). Then pick a background type and pick from the recommended  WP, NWP and Languages. Finally give the student some tools, weapons, armour and other stuff they receive from their families or found in a ditch and.

Then the students are ready. Various incidents encounters are rolled per character every term. As  secrets of the school get discovered by the meddling kids some will die. Entry into the tunnels should be enough to get them turn first level. After they turn first level they can quit but most graduate during third level with honours. The school monitors all students after graduation and if any are embarrassing murder hobos they put their names on a kill list. The characters have been funded by a mysterious benefactor. Fees are 120gp a term and most students receive a d4gp per term for books and beer.

Backgrounds
Each is described by the following sets of common choices: WP, NWP & Language. group. The weapon group of four can be used as a WP Group making you skilled a if in all for for only 2 slots
Spend two slots and have access to whole group or just use for idea of weapons used by social class

Poor Dirt FarmerWeapon Group:
Sling d4 can use stones for ammo, carry several slings, or get lead bullets +1damage but cost a sp
Spear d8 can fight melee or missile
Club d6 cheap, easy to improvise
Sickle d4+1, can cut off a head

About the School
Founded 30 years ago by a public company with permission to operate a charity. Rich sponsors built the school to train the adventurers of tomorrow who would apply modern methods of exploiting dungeons. This was in response to the increasing appearance of dastardly murder hobos who would drive the humanoid tribes to constant warfare by exterminating their family stronghold dungeons. Many new villages have been spreading in recent years and chance for a better life in a quiet village has become a viable dream.

Modern gentleman adventurers bring a large group of followers into the fray and will even sell real state on top of the dungeon and use the builders to seal every entrance then strip mine te complex. Pumping smoke into a sealed complex so underworld horrors flee one exit into a gauntlet of caltrop filled trenches and archers. Poison monster baits are popular too. Even these modern dungeoneers can make good use of a scouting party. Murder hobos on the rise have caused unrest with the humanoid populations and made the wilderness more dangerous. Concerned guilds and substantial support from the Barron's Secret police established the school committee. Once established it was quickly seized from public committee and now ran as a asset by the state.

The hope of increasing adventurers of the more responsible kind had some successes. The school produces 3-6 adventurer parties every year with fairly good success rate.

The school is a cheap refurnished mansion built on a ruined monastery of murdered summoner warlocks. The school has had some problems with hauntings and several masters have been accused of actually being monsters.

The House is a three story mansion with two wings. The gardens include a house cottage garden where much of the fresh food is grown. The gardens have turkeys, geese and peacocks roaming the grounds. The garden also grows many magical and medicinal herbs. The midden heap is a trashheap that covers several prehistoric barrows possibly from the age of necromancy. A graveyard has over a hundred and twenty marked plots and possibly more. It includes 14 crypts several predating the school and a spiked iron and stone wall around the outside. The entry also has a multi faith burial plot. Their is a small orchard of apples forbidden to students. The teachers use it for cider. A great fir tree and oak tree (rich in mistletoe) with a game field in front is a popular feature for stickball and lawn darts and other youth sports.


The ground floor is mostly the great assembly hall, common dining hall, a study hall and the first year dorm of over a hundred. The first floor also has the admin. The second floor is where the sixty odd second year students have semi private stalls (the hutches). Also school tutors and admin live on the second. The third floor is where the library, labs and masters live. The twenty third hear students get private rooms. There are three compartmented attics many sealed for a few decades with weird stuff brought back from dungeons and failed experiments. The basement has three levels with the upper one used most especially as a gym or meditation room. Lower one for storage and a boiler room with bottom one off limits to students. Lots of secret doors about school many left as tests intended for students to find in study notes.

City university snubs the school but the cities fighting men and those investing in exploration hold the school in high regard.

School Rules
1 No Murder Hobos
2 Obey all master and
3 Respect all school staff
4 Thievery among students forbidden, especially apples
5 Murder among students forbidden
6 Duels must be registered in the school office
7 Curfews are strictly enforced
8 Cheating in school tests forbidden
9 Students must report bites and wounds to the office
10 No cultists or secret societies permitted

d10 What is the thing that lives between walls?
1 Horrible were rat midget that used to be a student
2 An attractive lady ghost who murders anyone who makes out
3 A demi wight formerly a teen student lost searching for secret crawlspaces
4 A scrawny old carrion crawler that has learned to be careful
5 Giant trapdoor spider 2HD d8 Bite and venom, can build secret doors with web and scraps
6 Mr Grinchykin a lost evil familiar gives terrible advice and dodgy ID on cursed magic relics
7 A mummified cat undead that hunts the rats and mice or any who follow darkness
8 Barney McGoogle is a hairy goggle eyed old man goblin who steals hair and undergarments
9 Wall goblin clan of ma and pa and dozens of children, giggling, drooling, farting and stealing
10 Tentacled shoggoth thing lurks and spies from cracks and drains grew from bacterium

d6 School pets
1 Captain Horatio the school bulldog worth a notable inheritance connected to is well being
2 Scrags the cormorant sits on roof from time to time cawing or flying off to nearby bog
3 Mr Jink the cat actually a Imp reporting to hell, advises students of how to join the black college
4 Mr Fluffy a big fat old ginger tom in the library, actually librarians familiar
5 Monty the school goat, popular kidnapping victim for secret society battles
6 Ur-El the salamander a great flaming lizard in a pit in the advanced staff lab, occasionally goes for walk supported by student with a floating disk spell so he doesn't burn floor

d12 Mysteries
1 Who stole the apples? something has been nicked
2 What bit the school mascot? mysterious injury what caused it
3 What ate  who? somebody is misssing
4 Who vandalised graves in school or local graveyards
5 School bullies looking for d4 1=slaves 2=victims 3=money 4=party
6 Someone needs help d4 1=with homework 2=with finding love 3=being bullied 4=with home life
7 Strict teacher bullies student for mysterious reason
8 Secret society targets student for d4 1=sacrifice 2=torment 3=information 4=help with a crime
9 Spooky staff member gives unwanted kindly attention in front of everyone
10 Scratching in walls at night, croaking in cistern or other strange noises
11 Goblin raiders cause mischief in school attacking students and other mischief
12 Some experimental thing goes out of control resulting in surprise combat test

d20 School Secret Societies
1 Grey Skulls are privileged rich useless youth who dream of easy power, members graduate to more serious power cults with parents, Students receive a extra d6gp each term
2 Esoteric Eidolons are mysterious scholars of magic who abuse drugs and mystical rituals, many become wipe out losers, some just grow out of it, they put on best parties with weird rituals
3 Wood Brethren meet in woods to discuss mysteries of nature and politics, some become bandits, rangers or druids, actually train members in outdoors and combat
4 Sisters of the dark are a ritualistic cult headed by girls interested in necromancy and summoning
5 The horned brotherhood help you discover your ideal demonic patron through wicked cults and ordeals and tests dedicated to the million screaming ones
6 The order of the Trident are a band of cruel youths who flaunt their influence and power while holding depraved secret parties, you join by providing a new exotic entertainment or victim
7 The back hand are a criminal group who aid each other and help members join a gang on maturity
8 Blood princes teach brutality and serving the hidden masters goals of conquest
9 Inquisitors hide and try to find evidence of cults, mutations or secret societies which the anonymously report, others know them as squealers, many hope to join secret police they think school linked to
10 Dark Bretherem practice secret rituals but especially like costumes, wine, make-up, drugs and porn
11 Forest dancers who practice under the old oak, dancing and performing in seasonal costumes, have some secret nocturnal chantings but mostly like parties, performing and theatrics
12 The Golden Hourglass Sect meed in secret to ponder celestial mysteries observable in natural phenomena for divination. Have many books of prophecy and preach enlightenment

will do d100 school encounters
Posted by Konsumterra at Tuesday, December 30, 2014