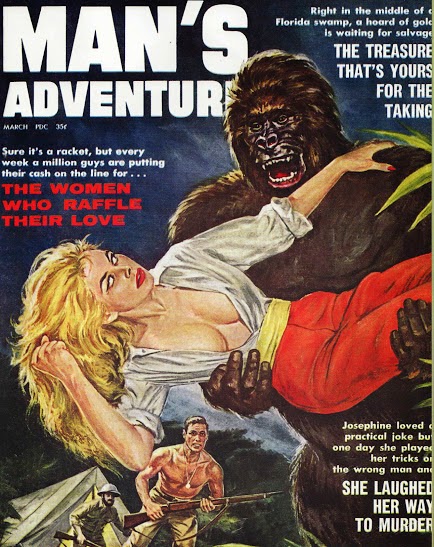 Monsters are people (sort of) and tend to get panicky when murder hobos are running about their local dungeon killing their neighbors. The first time your party go on a blood soaked rampage the dungeon locals might be surprised. Odds are when you come back after a 8 hour rest the monsters will be more ready. A month later the dungeon may be ready to escalate faster in defcon conditions.

A paranoid cult, or a dungeon at war with rival tribe might respond more urgently. A shaman might be assigned to daily check if adventurer party returning on a particular day with divination skills or spells.

Some leaders might milk situation to secure rule, form new allegiances or even invite some bugbears and ogres over.

Monsters might even think certain phenomena are omens of humans on way to savagely kill them and sell children to gladiator pits.

Grag saw a screech owl poop on a rock last night! Adventurers are coming to eat our kids!

Hunamz will eat your face if you are caught napping!
Know your dungeon code!
Practice your murder hobo drillz!

Or what happened in the Caves of Chaos will happen to your family!
Posted by Konsumterra at Wednesday, December 03, 2014