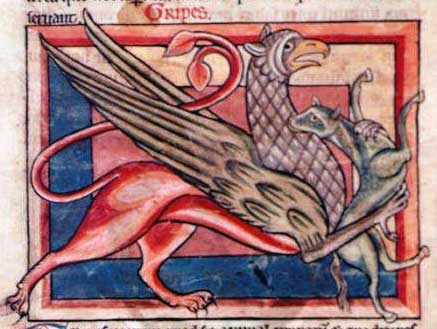 Ok so ive added pages to my blog and a big thanks to those reading this. Your welcome to say hello or troll me. Having done the big 4 classes im gonna do a few things to push the bar a bit as i have urge to beat last months hits. Ive also had some pleasant offers to recycle some of this stuff and have remade some old acquaintances.

This weekend i have gammaworld at urchin books - hope to do a dnd and a gamma game before i migrate to Adelaide for uncanny xmas. I hope to do a few game steak and beer days there too. My net will be poor there so ill probably lay out books for print editions.

My post with city tables with bribery table and magical hag table is the biggest success yet so im gonna update all the encounter tables tables over next few days. Finish all my mongol stuff.

As for here and now im gonna do:

1 The Blood-Rats
A gang of sewer dwelling punks who have been over taken by were rats who dont often leave their sewer warrens. They often tunnel into homes and kill everyone. Other rat beings like goblin-rats and giant or inteligent swarm rats have been summoned by the rat wizards with spells tattooed on rats for spellbooks. There are several factions who battle for sewer domination. They write in their own script they say is from a demon rat god.

2 The Nostratum
A gang of wizard apprentice drop outs who teach wizardry illegally on the streets to urchins. They were bullies who made other students do their work and plotted evil before expulsion.  The gang is 800 years old now. Many non wizards act as spell enhanced thieves and thugs. The gang write magical symbols on their turf.

3 The Thousand Beggars
The official beggars guild who also are messengers, gossip spreaders, spies and even political agitators. They pay a tithe and get a meal guaranteed every day. They also solve disputes and put best beggars in best spots. Beggers make chalk marks and secret arrangements of gravel to mark territory and inform fellows of local pickings.

4 Scarlet Queens
A gang of prostitute vigilantes who kill any who interfere with their members. Members form no permanent relations with men by law. They kill those who prey on women and children and get support from some women nobles. They often write a scarlet death rune in their areas after they have punished someone or might warn a drug dealer or pimp with one in blood.

5 Ravens
This gloomy black clad gang are a brotherhood of thieves, assassins and spies who serve as mercenaries. They are seldom public and control street crime and work with law in their district - often being related to the watch by blood. They kill enemies silently in public and only write in codes with their own invisible ink formula.

6 Skull Crackers
A gang of tough stupid body builders often including mentally deficient and humanoids even ogres in the gang. Some use demonic decor on tattoos, medallions and their clothes because it looks bad. They love to brawl, arm wrestle and break stuff. They draw crude skulls and write threats in areas they congregate, taverns and toilet pits.

7 Snake Lords
A gang who congregate in the ruins, sewers and forests on the edge of the city but are hidden in other circumstances.  They serve the elder races who built the old city. They spread vice, depravity and teach exotic rituals to contact obscene beings for secret spells. They supply evil cults with criminal connections and wield evil influence over the city. In secret lairs they have monsters. Many members are stooges who think being a snake is cool, rebellious and makes you tough. Some are from affluent families. They draw snake sigils on the street.

8 Vice Guild
Official city guild where nobles can buy their stolen goods back for a fee. Very bureaucratic and surprisingly big on documentation and licenses for all criminal trades. They control gambling, prostitution, banking, markets, taverns, hotels and more. The law even defend them. Their brand is an official guild sign and seal.

9 The Long Knives
Unofficial vice guild who control illegal entertainment, extortion, protection, fraud, coin clipping and more. They protect the common man and are seen as agitators and rebels by state. They have strong loyal family clans who control different wards and keep order. The mark streets with dagger signs.

10 The Secret Police
These dog masked men are skilled assassins, dungeon keepers, executioners and martial artists. Who the law cannot reach or threaten the Barron disappear or die. They run vice, prostitution and drug deals for the elite. They also clean up evidence that would embarrass the lords of the city. Most fear them and look away. They are cruel and may torture someone in the street. They often mark an x on a door or house under their watch.

1 Sons of the Hydra
A cult of reptile worshipers trying to recreate the original vile rituals of the serpent men. Many decadant nobles join for the sex and drugs and become helpless thralls. Some get to mate with serpents to create hybrids and carry the bloodlines. Poison daggers and snake headed staff are used by cult.

2 Blood Brotherhood
Carry a bloodline of ancient evil high priest who occupies his descendants and rules forever. His bred his own servants and monstrosities and blood puddings as servitors. He has also been making flesh zombies for thousands of years. They wear red robes and carry knives. Also use blood magic and stop in battle to slit throats.

3 Servants of The Green Eye
Serve a mysterious being who teachers strange spells and grants strange mutations. Only initiates ever see the being and are bonded to it. They seek strange ingredients and texts for their god who takes them to his plane. Most cultists are mutants and some know spells as a wizard too. Some have strange technological weapons and implants as gifts of the god for chosen.

4 Flesh Fiends
Serve a glowing pit which appears when summoned. Initiates step in and become modified by the being inside. Their skin is removed leaving invisible skin instead and their muscles and bones visible. They may wear their skin and pretend to normal but if the still living skin is lost they are condemed to dwell in the temple. Cultists are cannibals and hide their skins on cult missions. Some chosen are sorcerers and commune with the secret master often.

5 Hellfire Cult
A group of depraved nobles and their stooges who worship evil otherworldly devils, evil elemental and others beings. They scour the city for forbidden lore and and seek contact with strange beings for forbidden spells. Any unspeakable deed is ok if it attracts the attention of evil. They have been increasingly ruled by the devil spreading psychotic violence and bloodletting as the one true way. They have some influence over the city and the Barron has been known to attend. Cambions serve them, sons of summoned succubus or incubus lords have been overs with.

6 Black Lotus
A cult of degenerate abhuman drug dealers who serve a masked immortal sorcerer who in turn serves secret foreign masters. Cruel and degenerate many nobles are members but they are really being fleeced and brainwashed. Their drugs and rituals allow one to enter a dreamland where they are tormented by a shadowy dream lord - the real form of the sorcerer. They treasure exotic cruel traps and tortures.

7 Wolf Brotherhood
Werewolf cult who menace the countryside and carouse in the city. They feign being mercenaries, and often join the unicorn hunters. New members join often and in winter the frozen streets are unsafe and the waterways and harbour are frozen over. This lets the wolves roam the street and all sensible persons fear them. They have been aided by elven silver to keep humans away from the Elderwood and restrain human civilization.

8 Scions of the Dark Undersea
These sea folk meet in lodge houses and are a popular fraternal order, but in fact they serve the fish men and other horrors from the elder age. They often are sailors, fishermen and dock workers. A few are sorcerers and mate with fish people to create hybrids. A colony dwell in the city cisterns and sewerage works. They often sacrifice, eat or breed captives.

9 Feeders of the Pit
Robed ritualistic who throw victims into a tooth filled pit. The god needs food and gives his feeders unnatural strength and feelings of power. Cultists are descended from the same which dwelled in the oldest recorded versions of the cities history. By feeding the god they stop him awakening and taking food for himself from the city streets.

10 Black-Horned-Man
This savage cult brought in with slaves has a system of spirits who act as minor deities and are parents of sorcerers. The cult practice evil eyes, curses and charms but specialize in making Zombi slaves. Have many rituals with drugs, dancing and drums. This common folk faith is ignored by civilized persons but the the cult do wear hideous masks and capture sacrifices to make zombies.

11 The Black Temple
This brotherhood of evil clerics meet to plot the spread of chaos and evil. The pretend to be good priests if possible but really are the opposite spreading anarchy and cruelty. They give the empire church a bad name to new subjects and do their best to start wars, breed monsters and incite terror. Helping the elder races is an interest too.

12 Ghoul Cult
This sect rob graves of treasure and abuse sacred ground and spread ghouls. Many hope to become ghouls or even ghoul lords. Many necromancers join when they realize they will never make it too a lich. They are quite mad and help ghouls hide in the community with tunnels, hidden corrupted crypts, disguises etc.

1d10 and mods
-6 Ratters and sewer workers praise your name
-5 Cult of maniacs want to convert or kill you
-4 Invited to meet Barron in secret
-3 Secret Police decide its time to talk
-2 Agitators among mob mention you often
-1 mutants living in ghetto sing of your glory
0 Mob of angry street people cite your name1 Common folk sing how you help the common man
2 Pirates from many lands have heard of your wealth
3 Gang of criminal take an interest in your affairs
4 City officials notice your not on census
5 Beggars guild round the clock vigil on you
6 Priests remind you their gods like to be named in wills
7 Bards sing of your glory, women love you men want to fight you
8 Merchants want to make a deal
9 Noble wants you to do a deed
10 Wizards want exotic materials and texts
11 Demi humans believe you are the great hope
12 Elder races observe and infiltrate your followers
13 Royalty want you to hang with them
14 Monsters want to ruin your life
15 Alignment Champions call on you to make a difference
16 beings of nature ask you to come with them to secret lands
17 spirits wish to give you curse or gift you with goodies
18 dragons have met, sure your plotting to get them
19 underworld or overworld beings offer you a message from their lords
20 gods smile and offer a gift - next time they may take you with them