Structures of the Apocalypse: Part 1 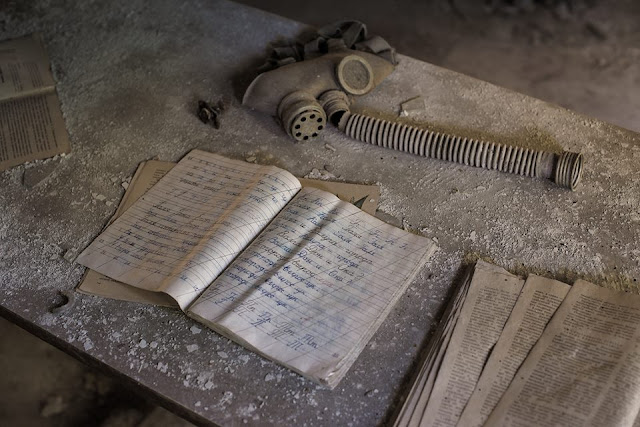 I have been playing fallout shelter lots.
So more detailed bunker generators required for gaming.

While working offline from phone tether my machine updated and lost a days work on this. Twice this has happened this month and ive been doing it for 6 years fine. Thankfully as life gets better i have been taking notes again. Getting a fridge today after a month without. I'm in two games now sorta, cyberpunk and 5th ed.

Also see my Gamma Aeon Subworlds and Psychon Book
This Is The last time I did A-Z for psychon and this is the Bunker Entry.
(Full Post Here)

Many complexes are buried beneath Psychon some predating he apocalypse. Though the gods are not above creating a ruined bunker with long histories and populations. Some are very ancient but once opened the population will be modified by nanite swarms to be natives of Planet Psychon. Some bunkers are specialised in some function. Others were overrun by hostile savages, monsters or undead aeons ago. They are famous for intact technology but some were build more recently by collapsing civilizations. Some are overgrown with fungus or tree roots or other organic matter. Some were defective and fell victim to life support failure or mutation or biological weapons. Some act as thriving settlements and trade but often don't let strangers inside.

1 Sealed and populated by ancients uncontaminated by elements of Planet Psychon
2 Secured population act as a trading post, some sections might be abandoned
3 Corroded and even burned, occupied by undead and other monsters but some loot
4 Overgrown with fungus, tree roots or vegetation with feral animals inside
5 Population are mutated cultists hungry for flesh and depravity
6 Has been resettled by scavengers and is littered in junk and garbage
7 Occupied by robots and androids most often not welcoming to humans but in good repair
8 Semi ruined bunker occupied by a gang, cult or secret society
9 Biological mutant growths have covered everything in organic matter and is home to creatures
10 Sealed survivalist bunker with cryonics freezers for humans and DNA and equipment to repopulate the world 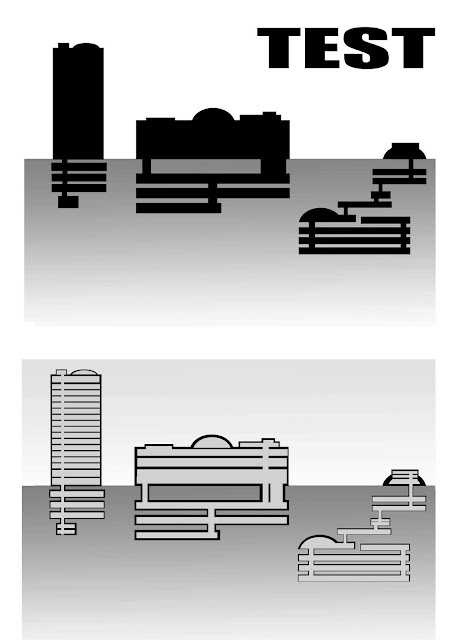 Current Ruin Project
Will be working through ideas for buildings and bunker generators with a bunch of silhouettes for populating. All the tables will go from gritty to gonzo so you can use lower dice if you want to run as a lower tech post apoc setting. My previous item sampled above was mostly for Psychon and a quick result. I want something more on city block scale or for that one off ruin you find in wastes and not as big as my citadels. Lots of Fallout Shelter phone game app inspiration behind this. While i wont this to work in Psychon I also want it for my Gamma Aeon Broken Hill setting for Gammaworld.

Above silhouettes are samples of about 9 of each type: High Rise for sky scrapers mostly housing, retail and offices. Special Purpose are less high, wider complexes. Bunkers are underground shelters more often for military and corporate and government than civilians.

In the test art above the high rise has 17 floors above ground. Rooftop has plant, a roof dome and landing pad. 5 Sub levels, 3 large and two minor.

The second is a shopping complex with larger ceilings over three floors. Has roof garden dome and plant room and landing pads on roof. Three Sub levels with a extra big cargo elevator well.

The bunker has a nuke proof surface structure with vault door and defences. Then "secret" Two decoy ruined levels. Then two secret ruined decoy levels then entry to a 5 level utopia with

I want to do about 9 of each of these examples in this style for when exploring cities or isolated one off buildings in the waste. All the tables are built on gritty to gonzo approach. More high tech weird stuff is last so you can use a lower dice in a less futuristic or mutant filled setting.

My citidel stufff was more like self contained cities in single buildings that could sustain large population independently and take perhaps 3-4 sessions. These are smaller and might be a session or less time to loot.

This could be applied to whole structure or in perhaps a d6 floors at a time with worst at top or any arrangement you like.

Feel free to modify or use lower dice or just pick arbitrary amounts.
This will account for the bulk of the middle floors function.


Feel free to modify or use lower dice or just pick arbitrary amounts.
Most of these buildings are specialized but 1in6 might share d3+1 similar services.
These buildings tend to be wider than they are high.
You could scale these down to house size rather than multi level giants.
Posted by Konsumterra at Friday, February 15, 2019