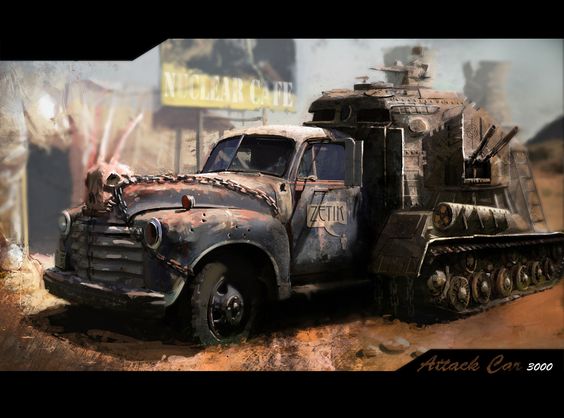 Working on a few of my setting compilations and have seen ideas start as one thing inspired by others work and mutate into my own. Reinforces my desire to avoid all licence based settings and work to make my own settings more. Looking at lots of my own work as I compile dozens of blogs into word docs to prep for indesign. Making art and graphics too.

Possibly skip this bit about my Woes and go to gaming stuff below
I keep getting stuck in Sydney with work offers but commute is killing me and I don't really profit. Canberra I find restful and pretty but I go for days without any conversation and I struggle to approach new employers or use any positive adjectives about me or my work unless I read it in a newspaper first. Anyway I'm prepping docs in Syd and hope to start design/art in Canberra. Getting to Adelaide for Xmas is mostly to help my dad prep for his death - I would be better off just working and living cheap as I don't think I will get into my industry rosters in Canberra now. Dad says he has 2 years tops left and I am executor of estate and will have to do all the legal and liquidation stuff so I might at any time have to go to Adelaide to do that which could take months. I have a proposal to paint a toilet block with my art for a few grand which might be ok and handy for Christmas. Person who got permanent job at work I wanted is awesome and she in a Finn and I am half Estonian and we get on incredibly well. Im going to try getting a qualification so I can bet a better industry job in any state, get higher pay rate and hours.

In Sydney I get to game with friends easily and as much as I want If I was a player not a GM. Canberra is bigger in Board games and classic wargames. Despite large game clubs, gamer restaurant and a bar, my Canberra address has shit public transport and the clubs seem less communicative online than Sydney clubs. So I get games and work more in Sydney but It's social infrastructure is going down the toilet and it feels unsustainable. They are about to scrap bus time tables and inner city rent is pushing people hours away. Homelessness has increased especially women and gov shut down most shelters. So general lack of security and tough choices ahead.

Murder Highway Fuck Yeah!
So I got to run a extra session of this game today which went very well. Players had a lot of fun. The crunchiness of system adds to feelings of risk in a way I don't get from story games.

My tables made some very good pitstops and encounters on the way. I can get players to make some d100 rolls then turn into daily encounters, road hazards and opponents for a road trip. Players all working smoothly as team and helping each other tally huge amounts of bullets vs armour. Next step get lots of sets of 2d6 in different colours so I can roll up to 20 x 2d6+2 bullets at a time. Occasional I calculate victim will be gone on average roll so I don't bother. Sadly part of the grit of the game is stressing over bursts getting through armour and worrying about every stray bullet. Sadly I might make a form to aid two groups of vehicles driving at each other at 130 km to calculate ranges as they approach with one second combat rounds hosing bullets at each other. Lots of the game is pure role and roll playing. A few other game aids might help and will revise character sheet and vehicle sheets. Interesting seeing players adopt lethal tactics that reduce viable loot then reconsider. I probably do most of system heavy lifting and maths. Im kinda shit at maths but being 15 years older seems to make up for this. Also I noticed running simpler systems like marvel made my mental arithmetic skill decline.

A veteran cyborg cop with sanity too close to the edge in his police issue interceptor
Kit includes bionic eyes, legs and jacked into a smart magnum revolver and impact truncheon
A grisly federal highway solo patrolman sent to kill gang cults roaming the wastes

A Jap-American corporate replicant on the run with no idea how he got to Australia
Police cruiser and a mix of tech and vehicle skills, now wears poly carbonate full combat plate
A enigmatic mysteryman who doesn't know why he exists

The GigSo after a month apart the team meet in the roadhouse town they visited last game. The cop bought a load of lumber and sheet scrap and converted the ruined bunker into a shack and hid the military insignia and atomic fuel dump. Last time they found the old bunker with zombies and faster ghouls but they left radioactive fuel tunnels. Now with rad suits to fight a radioactive undead that apparently predated first reported sightings of undead by years. Shot it to bits piece by piece then hacked up melee weapons.

Day 1
So next day they set off to rescue a girl from a cult, commissioned by local respected rich aunt. The cop was troubled that the gang were the Diggers, war vets who had returned to become prospectors and performed odd jobs for mining companies including beating hippie protesters. The cop had heard they were ok from his old sarge.

Found and harvested road kill and found a burned cop car and cop. Met four renegade buggies and head on charged. Replicant lost his windscreen and his over the top armour served him well. A renegade planned to thow a pit bull through the windscreen but it never happened. Team members targeted the personnel and gunners using swivel mounts and exposed. This worked well and two buggies were destroyed and two others tried to flee, one with a burning flame thrower. Team caught them and questioned the dingo gang before the cop executed them. Replicant shot all the dingos the gang loved and put them in his car boot. He plans to get a biofuel plant for the car soon.

At night they got a bit lost and found a campsite with cinderbock brick toilet block surrounded by wrecked cars and caravans. The vigilante donned stealth suit and investigated. Found mystery stew pot and 4 sleeping bags and bones in a tent. In the toilet block heard creepy grunting and wanted to flee. Put phone on selfie stick and held over the wall to see what was happening. Four tattooed albino cannibals were abusing a swagman (a traditional Aussie hobo labourer). He lept in and hosed down the thugs with his gun and finished them off with his katana.

Party camped and the swagman gave the vigilante some gold dust. He has not realized the vigilante is a dude yet. Replicant cooked some dingo and they slept well

Day 2
After a late start with the replicant working on his car they set off and after a while found a intact 1970 Datsun wagon blocking the road. Replicant got out and really liked car. Seemed full of water, fuel and army rations and apparently a body. Of course he checked door and found a freshly drilled hole and wire connected to handle.  So he tried to diffuse it and BOOOOM! He was thrown back and battered but his suit held up. Everyone was impressed.

Afternoon saw the road was cut throgh a hill ahead and they slowed down to 60kph. Three bikes jumped over the road dropping molitovs. One landed through the missing windscreen onto the lap of the Replicant. Shit. He braked and dived out door as it exploded. He rolled on the ground and the fire destroyed some of the rubber between armoured plates burning his flesh. The cop jumped out and used his extinguisher to stop the car fire. Vigilante on the bike turned up the cliff and hunted down the Dingo gang bikers. The first target bike broke in two killing the driver and passenger. One of the other bikes stopped in horror at friends gory death. The vigilante chased other bike and the passenger fired her sawn off shotgun to no effect before that bike was a blazing blood spattered wreck. Finally the vigilante destroyed the solo biker leader shrugging off a .22 rifle. Meanwhile the replicant got the fire out and was amazed to be alive. His car interior was a mess though.

Found a nice town where they got good accommodation but locals were anti mutant. Good food and charming 30s hotel with good satelite. Vigillante got to upload his combat footage. Was troubled by stories his celeb rival Nikki Webster. Nikki was a child pop sensation who hat taken anti aging drugs and was now appearing on "Celebrity Deathrace". The vigilante fumed. He had to get on that show. Next day worked on fixing cars, a days delay seemed ok.

Was big fun and mostly generated from tables. Lots of good fun and came up with some good streamlining and problem solving on game procedures.

Seth who plays the Replicant brought in a box of larger 9cm long cars with 40k guns on them that look pretty nice. He also made a spreadsheet which I will add to my uploads section soon to use my car building rules. Our club finally getting incorporated which is nice too.
Posted by Konsumterra at Saturday, November 19, 2016