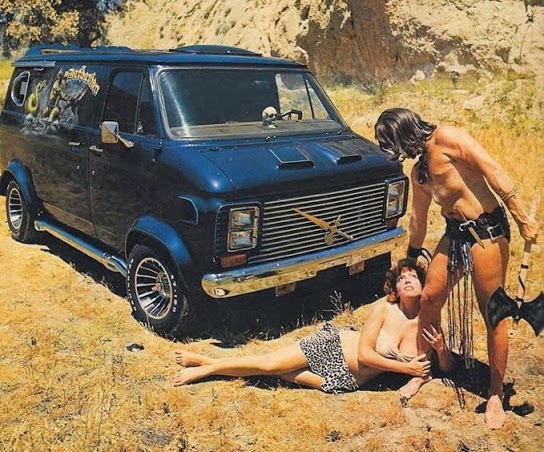 So the team awaiting call from their corporate masters had a possibly rogue suit from Gentech ask them to help rob dino embryos from a closed dinosaur theme park. Karumi the ninja on her bike, the good christian mutie in his now living hotrod built for ramming, the ex Sherri in his interceptor and the veteran cyber psycho in his light truck kitted out for em warfare.

Were to be paid $150 000 plus four star insurance (incuding air extraction) and ammo costs while on mission.

Team trundling along in outback saw lone biker on road waving them down. Warily stopped and gave him water. His gang ditched him and he would die out here. Was a member of a mutie motor gang. Guys gave him a job and put him in the back of interceptor where he could be watched. Guy seemed really happy with his turn in luck. Name was Sludge, never said wha his mutation was but everything but his mouth covered..

Later came across locus swarm and all pulled over to wait it out. Mutie glad he had enclosed his cabin finally. After the grass was all gone and six inch locusts too weak too fly were crawling everywhere. Mutie and sluge grabbed lots for food. Hmmmm sky prawns.

Almost at target when saw road half collapsed. Closer still saw cliff bend was reinforced with concrete bunkers making collapse very unlikely. Some men spotted hiding near by and a 4wd hidden of road in trees. Mutie floored accelerator intending to ram through then spotted mines so he jumped pile of rubble and killed two hiding men.

Sherrif fired RPG blowing up mines and killing more men and drove through rubble fine. Men left fled for 4wd. Karumi went off road, waited till the men got near then fired a large high explosive rocket killing them all and setting 4wd alight. All stopped to search the dead. Found uncut gems and gold flakes. Were a prospector gang who also used explosives in ambushes. Mutie opened his boot to feed unconscious men into his bio fuel plant grinders. Horrible screams ensued. Put a few corpses in back seat for later. Had a few bites and offered some to Sludge who said he only ate humans from necessity. Another funny little test.

Finally arrived at perimeter of DinoWorld, a subsidiary of Global Theme Parks Ink. The wall started with 3 meters of concrete then 9 meters of metal beams, bars and electric razor wire. Some other tracks nearby. Mutie went scouting while others camped. Found a tree had damaged wall at one point so a risky climb and leap could possibly get through. Found campsite of multiple bikes, 4wd and a 4wd truck.

Back at camp Sheriff on crime data base found a gang obsessed with dinosaurs. Used cybernetics, biomods, tattoos to modify selves and had been caught trying to smuggle raptor embryos into Australia from Singapore.

In night a sneaky pterodactyl crept up on all fours to steal food but Karumi meditating on the EM warfare trick among satelite dishes and antena saw it. A few shots drove it off.

In morning the suit opened gates with a former employees card. Inside was overgrown hotel theme park rides and museum. Beyond was hectares of jungle and dinosaurs. Grazing peacefully inside gates were three Anklosaurs. Karumi wheeled in her bike and sludge and suit came in too. When Cyborg started his truck the Anklosaurs flipped and assumed aggressive stances. Karumi read the mind of lead male who felt his ladies threatened by noise. Shut off van and eventually calmed down. Hid all the vehicles outside except bite hidden in door in gate house.

Went into admin as they could only get perimeter cam feed from gatehouse terminal. Opened lock of admin and cyborg jacked in his deck to the security station computer. Got maps of service tunnels and some cam feed but some one else in here had been in system and left traps. The system computer refused to talk to that deck. Suit had his deck but wanted to await for an emergency or nearer precious embryos.

Sheriff looking around found a head sized dino poop. Warned all to look out. As headed to elevators saw 4 huge raptors coming. Suit and and sludge puled back others opened fire. Two killed and two wounded tried to flee but sheriff magnum finished them off.

Went into sub levels and fixed a electric transport and all headed into the depths. Some patches partly flooded and roots coming through ceiling. Came to red zone on map where roof collapsed. As Cyborg and mutie went to clean up rubble so car could get through, Karumi saw a curious raptor peer through hole. he screamed as raptors dived in. Bullets everywhere and screaming. In confusion Sludge got arm torn off and raptor grabbed him and jumped out of hole to surface. Most of others killed.

Past block almost at dino nursery lab and passage caved in. Climbed out hole and approached base to see a ceratasaur hungrily looking at cyborg. Rest all hid and ambushed beast killing it. Got into lab and found it was being ransacked by gang. Karumi sneaked in close with her katana killing their techie. Others killed gang while they were confused about their boss. Nabbed all the lab embryos and some extra samples for the eski (what Australians put things they wanna keep cool in like beer or goon bags).

Fled bunker and gang members riding raptors came and they managed to kill them. Sheriff tried to jump on a raptor but it ran too far so he quit trying. As almost escaped park when t-rex came. It too killed in hail of lead. Landed and almost killed berserk cyborg. Let out when calmed down. 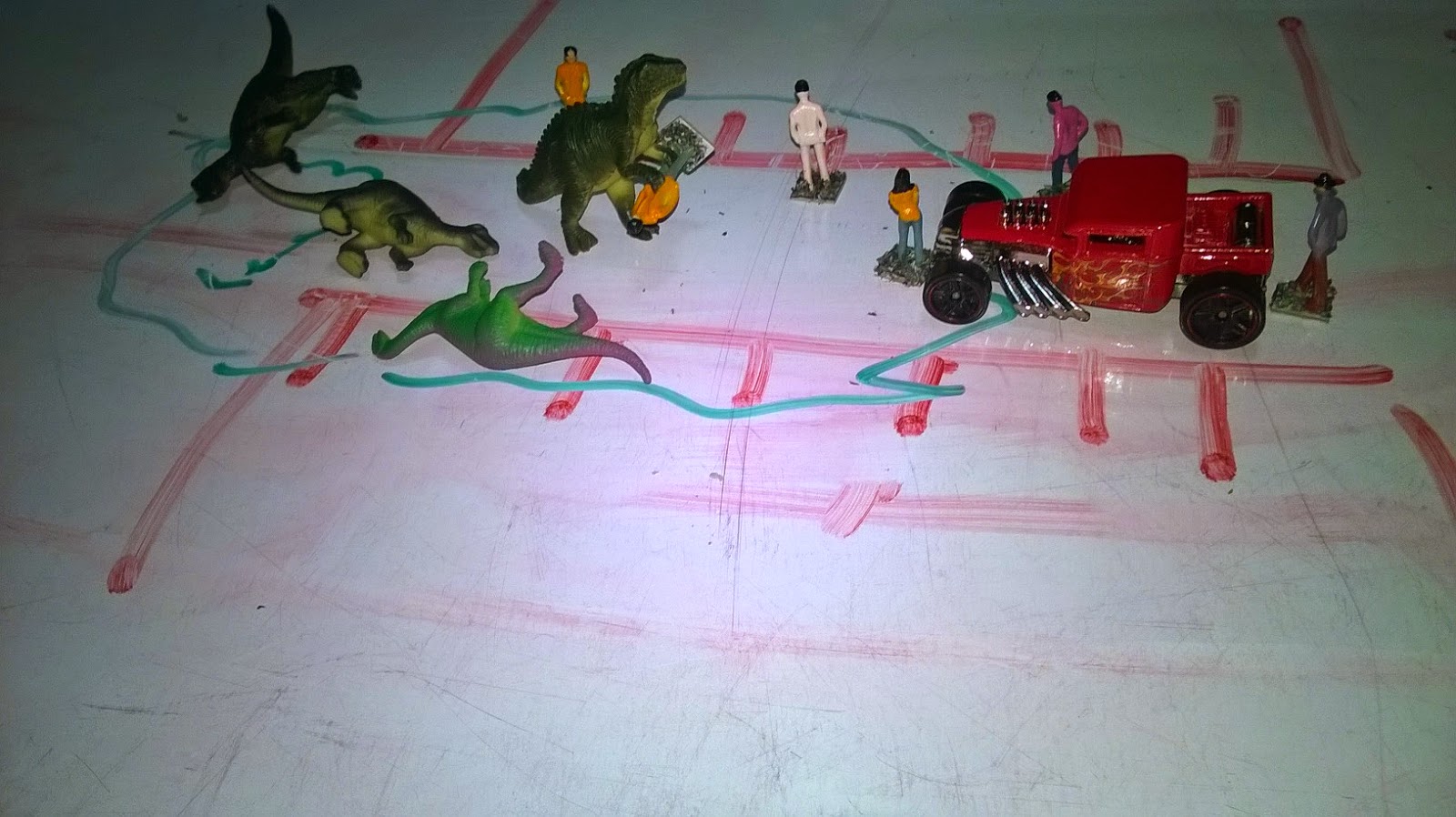