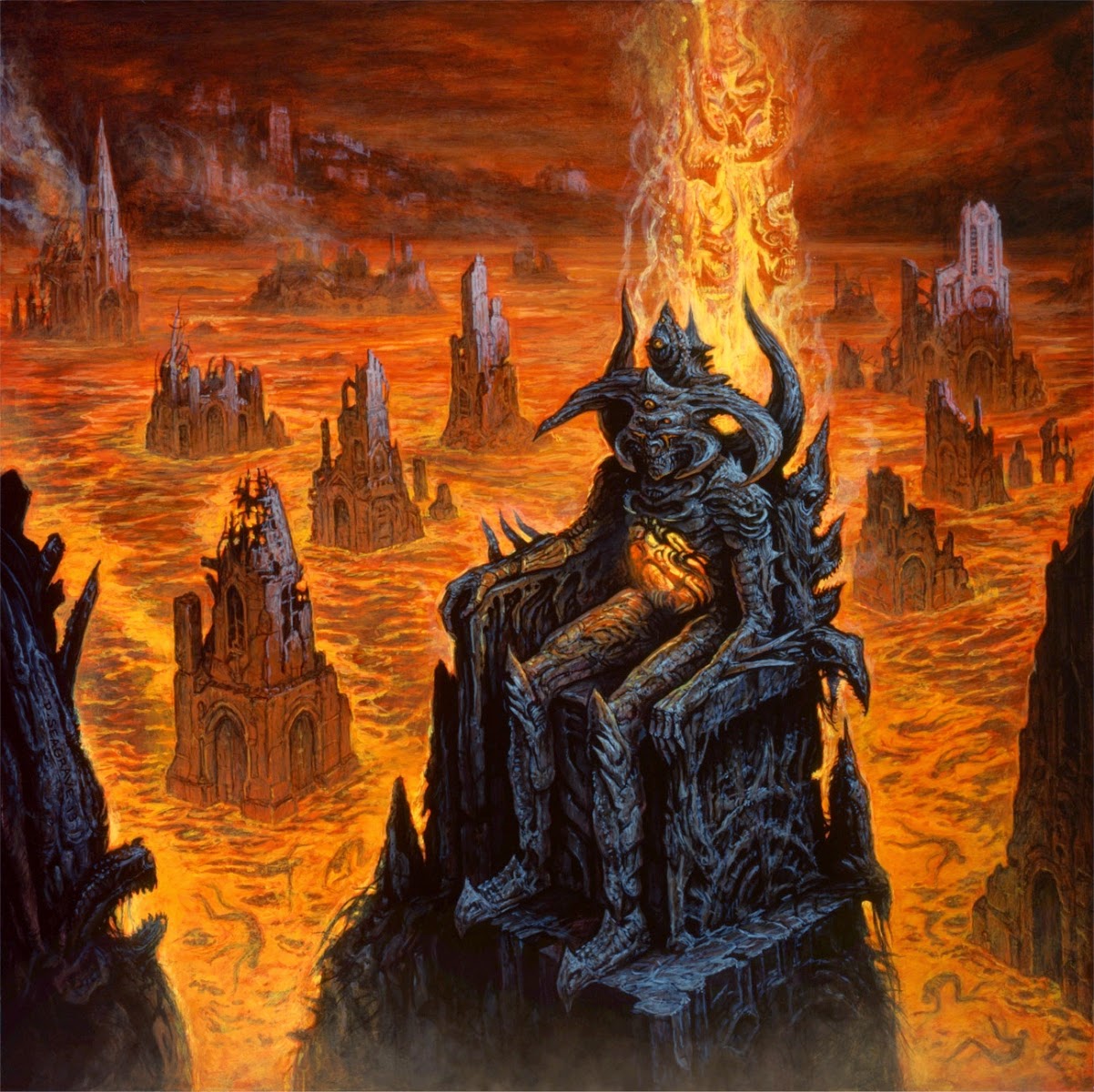 So Acula, Nahme and the Tako youth finished training and all were getting tired of life in orc citadel. Acula had terrible pangs about his wives on the surface and some divinations warned him Chondaru the Sorcerer was up to no good back home. He wondered if his wives would care he was now a orc. Olga had given up being good, a trait gained when she was Nahme the angel's follower, to keep in line with her now devilish husband.

The orc king wanted heroes to breach the chaotic cannibal albino orc defenses on level 16 of the citadel, offering them titles and a palace in the tower of their own with the top nobby orcs on level 3. Keen to finish with their growing band of followers they crept up the stairs. Acula and his orc wife Olga crept into the bottleneck chamber past several orc barricades.

With a slight noise he was spotted so he stepped in front of a pillar for cover from several orc positions and slew many orcs at one post near him. The Tako simply stepped out and fireballed a barricade and it's guards to ash. Nahme cast a protective prayer and blessing then just flew over a barricade. As the Tako blasted more barricades and drew fire, mostly ineffective the enemy was struck by terror. All the party poured in and split into two teams one going for the temple and other for the boss halls. While they were battered they stopped to heal and allied orcs poured through after party. Allied goblins poured from the air vents at the citadel core and some had climbed up the outside and through windows. The bosses and priests were tough but defeated. Acula was paralyzed by the curse of a priest and also blinded. He since being killed by a cateoplas gaze had learned secrets of blind fighting and kept up his hail of deadly arrows. Nahme battled a boss but her group were badly hurt and the boss fled upstairs. Reinforcements saved both groups an ugly mess. Ass hundreds of allied greenskins poured into upper three levels our heroes went beyond to the great dome chamber at the peak of the citadel. Tako made a horde of skeletons to help.

There the chaos orc king, his priests and a great vrok vulture demon with elite body guards awaited in the great vaulted wonder chamber. While orcs with skeletons clashed, the heroes went around the orc lines and began killing the elites and their acolyte servants. Acula had his bow shattered by the demons telekinesis and he furiously drew his dagger from his wrist sheathe and charged the demon. Nahme's theif boy crept behind the action and tried to backstab the demon but Acula downed it first. The boy took the chance and stabbed the demon in the throat cutting it's head off. It was a good massacre, over four hundred of the degenerate demon cultist bone orcs were dead, their corpses hurled from twenty stories below.

The king gave them all gifts including a relic for Nahme, a +1 longbow for Acula (he uses a composite bow but might help him trade for what he needed) and a wand of missiles for the Tako. While the king loved Acula, other orc nobles didnt so it was time to go. A small army escorted them across the ashen wastes of the great cavern and to where the dwarves lowered them into the depths via elevator. Nahme flew to the vaul and got dwarves to lower the elevator. In days they managed to reach the surface.

Back to the local orc village they found the party donkeys eaten but the orcs gave them a pack lizard. They never thought they would see the party again. To the court of the Black orc king where they prepared to return to the civilized south and Shadel port, quite tougher than when the entered with many weird followers.