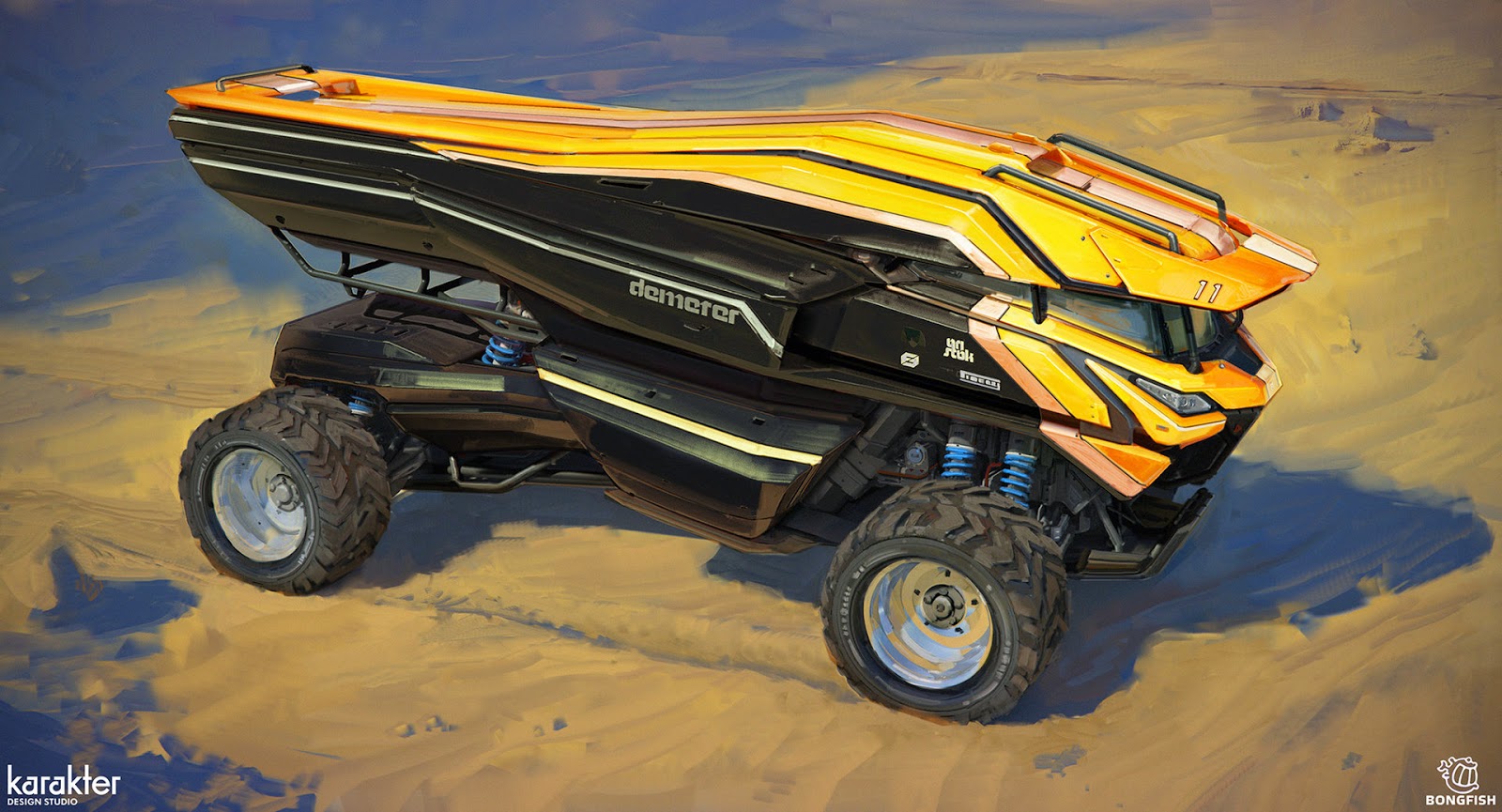 Season 2 for this year will take the death racers to strange new places. Handily got a pack of 100 zombies for $20. Not great variety or scale but good value. Got myself Dark Conspiracy game from early 90s which has great aliens for this game. Also miking in my Necrotech storyline from unpublished comic treatment I wrote when I was a slave in comic mines in early 90's.

So the mutie, ninja girl and former professor got prepped to enter the zombie infestation zone. Mutie finally welded a canopy on his open top buggy to be more zombi proof. The Proff installed three plastic anti personnel flechette grenades on each side of his van.

Drove into zombi territory outside of Bathurst intending to find more information about the new sentient car driving undead they had discovered. Also they were among few on earth that new some alien presence was the real director of zombies. So looking for more evidence and clues. On borderland saw a school bus on side with bodies on road. Parked a hundred meters away and all but proff walked in. As they got close of course the zombies awoke and the road warriors ran for their lives. Prof drove forward and fired machine guns. Finally he drove up close and set off a flechette grenades destroying several. everyone else got in vehicles and drove away. Came across another small group and evaded. Wisely thought of conserving bullets.

As they approached town in centre old cyborg vet buddy called on radio to join in. Hundreds of zombies surrounded town in a wall. Possible due to the plague burial site from early 90s when quarter of the earths population died. The mutant in his improved buggy rammed through the main street, plowing down dozens. Proff drove in and used his flechette grenades. Karumi went around fringes hacking down with her sword. The vet fired phosphorous grenades killing many and starting fires but the flashes and bangs set off his flash backs and he braked. Dropping his gun he ran into zombies with his deadly metal arm jack hammer punch.

After killing 40-50 of the undead Proff heard a motor start and a undead interceptor burst from the garage. Necro car couldn't fire rockets among zombi minions. Mutie and he chased each other in circles till the mutie already high speed gave him the edge. A few mg bursts and rams and the dead racer escaped.

After several hundred zombies killed, team pleased they had control and looted the garage. Found necrobiologiocal machines and car parts and some other valuable loot. Drove back to Bathurst to car wash and dinner.

Sold parts to Gentech and got a few thousand bucks for trouble.

The team got an offer to be Necrotech Search and Destroy team. Went to Sydney for Psyche evaluations and got a nice contract. Karumi was briefed by Gentech to spy on Necrotech even though the older company owned 20% shares. Apparently they were on call to hunt exotic undead and other missions but otherwise could carry on as usual.

Necrotech was building huge freezer buildings to cold store corpses and those partially infected with alien necrovirus. All the plague victims who lived apparently could become zombies on death. Necrotech also were freezing other terminal patients offering them to be healed at some future date. After some were completed several were swarmed by hoards of zombis that seemed attracted. Corp security and gov military were busy fighting zombies and guarding zombie hotspots. New plague outbreaks were occurring. Everything is on the brink again.
Posted by Konsumterra at Saturday, January 17, 2015