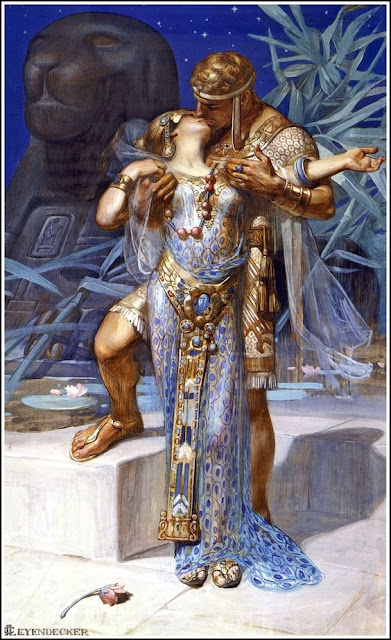 This Is possibly inspired by my un-named Elder Age setting featuring wizard hordes but could be any setting really. One day will put all together with a simple wargaming system that will emphasize heroic action of players. Possibly will need to ad naval units to previous forces. Some of these are dangerous but killing the wizard or scaring them with a few wounds is not too hard and dispel magic might turn their pets against them. Clever talk might even help the charmed victims get a save. You can always hide from things that could destroy a army.

Imagine what a hundred 1st-4th lv apprentices could do. Any hero could be killed or charmed. Party might be charmed or their friends or followers. Those who resist get sent to camps run by brutal orcs to labour until dead or charmed. Wizards might release demihumans not wishing to draw them into the war yet.

I did once consider a elemental cult war but possibly this probably subsumes this.

In most of my war scenarios the invaders are exotic and powerful but tend to fall apart on their own from factions, strategic losses or someone else invading or just economics

Peasant revolt was less horrible, foreign human power will happen one day too