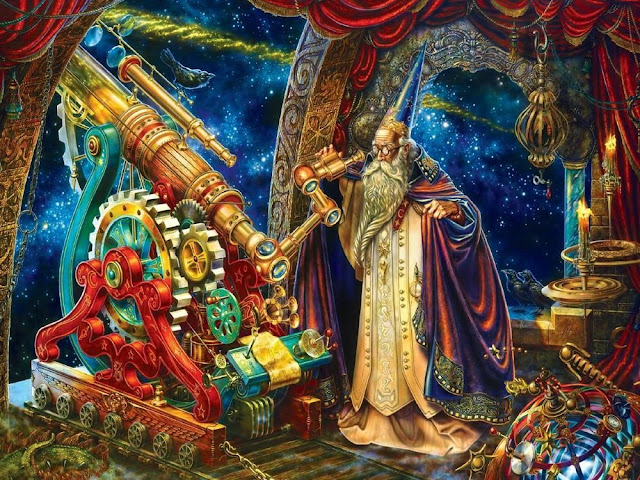 Would be more common in my new setting but heck could happen any setting with wizards lets face it. During the wizard wars common spell books were printed to keep wizards using the same spells in mass combat. Note that Ive included basic dnd and adnd monsters here to expand possible constructs and summoning. You could swap  sorcerers for wizards or mix them up.

d10 What Started war?
1 Wizards want power over humanity
2 Wizards fed up with persecution
3 Wizards know best because they are smarter
4 Prophecy said now is the right time
5 Human religion critical of wizards
6 Wizard factions united under leader or council
7 Spellbook of battle magic becomes common
8 A single wizard began and others join in
9 Several leading wizards were killed by nobility
10 Apprentices were rounded up and killed en mass

d10 Objectives of invaders?
1 Place wizards at the top of society forever
2 Human kingdom today the multiverse tomorrow
3 Channel wealth and production into magical research and manufacturing
4 Create a new improved master race of wizards
5 Replace religion with wizardry
6 Seize all magic items and books for wizards and minions
7 Build a age undreamed of with wonderous monuments
8 Make humans the dominant race and replace gods and planar powers
9 Seize power of the gods to create new ones from the ruling wizards
10 Build a new god, a wizard god made from adamant and human souls

d10 Factions of Humans
1 Anti Wizard want to kill and burn all wizards and sorcerers
2 Legalists want wizards to work for the state under strict control
3 Theists want religion to control wizards and kill those without church sanction
4 Anti magic hate all magic and spell casters and want them all dead
5 Humanists support wizardry but oppose despotic power mad wizards
6 Barbarians oppose literacy and wizardry and all unnatural civilised arts
7 Purists want wizards to help commoners and teach secrets openly to all for free
8 Magocrats want wizards forced to work on public works for the state
9 Inquisitors want wizards tried and burned if against church, state or common folk
10 Cultists sew seeds chaos to destabilise authorities and blame on wizards

Human Forces and allies as previously documented in this series
Church inquisitors and templars might feature more often (see necromancer war)
Religious units and even rogue wizards might help the kingdom resist wizard invaders
Cultists serve on both sides some opposed to wizards, some causing more problems and using chaos to act more openly. Cults on the wizards side look forward to a age of magical corruption, open spell casting and demons and devils unleashed on the world.

Wizard Born Orcs
Orcs are created nowdays from pits of mud with alchemical ingrediants by wizards. Some older spells usa a human or elf corpse but elves have tried to kill all who have the elf version of the spell killed for millennium. The mud version is easier. Such orcs are all male. The wild orcs who breed naturally might tempt wizard born orcs to join them and participate in orc culture. Orcs can be regular and disciplined or irregulars. Wizards unlike wild born orcs have orcs operate siege weapons and pike formations. Siege crew may also operate fire arms, cannons, mines and grenaides which will become more common in the later war (posibly making them more common in the kingdom after). Crossbowmen are another innovation support siege weapons and pikemen and defensive roles and can fight in hand to hand if needed. Orcs working for wizards have no tradition of warg or boar riding.

Wizard Forces
Wizard armies will use human and orc troops mostly plus some specialist forces. Apprentices will use spells like magic missile to target elites and officers then skirmish or might use charm to break up enemy formations in battle. Better apprentices will close ranks if attack and will use open ranks if attacked with spells or missiles. Better wizards act as artillery units with fireballs. Wizards often summon creatures of all kinds with basic summoning spells or more powerful spells such as elemental conjuring. Charmed monsters are also commonplace. Necromancers will have undead constructs so see the necromancy lists.

Even apprentices will summon low level help and might have charmed followers from a past battle. Battlemage groups act as artillery but will also have better vassals possibly charmed giants, trolls and ogres or worse. Wizards may have golems, elementals and demons at their command. Archmages might command armies of demons, elementals and undead. Even great demons and elemental lords might be called to battle.

Wizards don't like to take risks and will use mundane troops as shields. Wizard enemy troops will lose leaders rapidly or have them charmed. Any specialist kingdom elites can be brought down by even a force of apprentices. Wizards will often serve in groups allied by school or tradition and with similar spells. Military groups of wizards publish spellbooks of common school spells.

Constructs
These are things made by wizards to be guards. They do cost alot so wizards are sending all captured wealth and exotic materials captured back to wizard lands for alchemists and enchanters.

Summoned
These are magical creatures summoned to aid wizards

Charmed, Bred or Hired Monsters
Creatures controlled by magic, bred in menageries or employed as agents. Others are possible and some wizards like their own favorite creatures or beastmen but these are the most common.