Xor and Ideas for my next version of my home rules 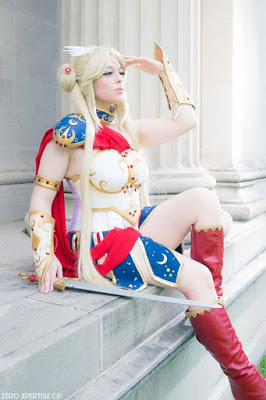 Had last session of Xor with LOTFP rules in Sydney. Im off to Adelaide to welfare again and hopefully I can bet some games going there. No game shops in city but card ones and 4 comic shops one which has RPG nights. Am more interested in DnD5 and my eyesight has improved along with my diet and new meds and Ive lost over 7kg so that was good. A bit too much good shopping in Sydney and got some game stuff and toy cars I shouldn't have.

My next house rules draft will be streamlined and simplified. Also meaner. I'm a bit influenced by the starkness of LOTFP and lots of the one use per fight abilities in 5th ed. So I will tone down some of the cumulative bonuses and mods that made a few characters a menace in play. I also killed my first PC in years tonight. Im quite good at making everyone feel at risk and i like killing followers which upsets players quite a bit. Had players resurrect another character's dead wife after he got remarried - fun times.

This was over two sessions and had a player swap second one due to food poisoning save fail.

So the brothers were sent by the wizard of Skulltower to help the yellow men of the Scarlands so the adventurers flew by blood hawk to the entrance to the goblin flesh tunnels carrying the cowardly leader of the yellow men a lesser wizard. They arrived and climbed in the puckered sphincter gateway. Found several tunnels from a chamber with a drool pool. One smelled of salt. One had air moving in and out. One had scratch marks another had bloody goblin and human footprints and sled marks in the damp floor.

So one tunnel they found a stinking side passage into the depths. In a sewerage filled pit a eye gazed at them and tentacles reached for them. A voice called their minds inviting them in and the warrior was slapped by a feces covered diseased tentacle so the fled. He was diseased by knew he could fly to a priest so they went looking for goblin slavers with the old wizard. Raided the goblins and killed most and freed the slaves. Surviving goblins were tied up and made slaves. Awaited the rest of the goblins to come home and captured them. Spoke to the goblins about the dungeon and the sewer god they worshipped. Went to explore more and found a chamber of breasts the goblins and baby monsters used. A egg chamber where monsters were born. A starving rust monster they fled after the clerics iron studded mace was destroyed and eaten. Found a lung room with morlocks working on a starstone and as they cut through the membrane the rust monster smelled the forge and ran in chasing the morlocks iron. Morlocks were killed and the rust monster was left happily gorging itself on hammers and the meteorite.

The brothers returned to Skulltower to get healing and the priest was required to initiate new followers for a while. So the warrior turned amatuer wizard teamed up with a female Elf dandy from Sweden in metal armour with a piebald pony who had arrived on Xor.  Flew by hawk to the humans in the former goblin tunnels and set to work exploring. Followed the scratched tunnel and found one brach was a owlbear lair and another was the goblins meat mine. They looked about the mine and the Owlbear arrived screeching and naked. They shot at it then closed. The elf flintlocks were a surprise but the furious bear kept attacking. They managed to kill it, skin it and collected it's foreclaws.

Planned to get the humans to collect the body later. Went to the salt smelling tunnel and found a chasm with with a ruined spanish ship in a pool of drool. Ruined shacks and skeletons littered the shore. The adventurers got closer. The warrior wizard examined the skeletons which had been gnawed and the libs cut off. The elf on overwatch saw a chest in a shack and both looked inside and found a sextant, spanish maps and gold. They got into a conversation about the treasure when the warrior heard a snip sound near his ear and the elf felt something hack into his flesh. A giant lobster had come up behind and surprised them. They scattered and ran the warrior scattering some meat to slow it but it chased the elf and snipped his head off.

Ran back to the villagers and rested. Flew back to Skulltower and the wizard sent him back with a muscle bound violet skinned amazon. He was a bit sheepish about what happened to his short lived elf friend. The new duo went met the villagers and took the old man and two javelin wielding skirmishers along. They lured out the lobster with meat on a rope and killed it in a hail of javelins. They gathered to loot and found footlong lobsters in the flooded bowels of the ship. Gathered some iron nails too. Moved to next forbidden chamber  and found three gelatinous blobs rolling around a jally lump with a spaniard treasure chest inside. They shot the smallest and retreated shooting as the blobs were not too fast. The new warrior woman got into melee with her axes to test her muscles and the jellies were killed. The chest had thousands in spanish gold and silver and aztec masks and idols. Not too amazing to Xorians but still ok. One of the masks could detect magic, only magic things seemed clear and real to look on.

The last tunnel the goblin slaves had warned lived another god.
"How is it different to the sewer god"
"Oh it has more tentacles and lives in a slime pool not sewerage"
"Great"

So they battled a roper and were horrified to feel their strength sapped away. Managed to break and burn some tentacles but two skirmishers were horribly pulled into it's mouth and horribly ground up as swallowed whole. Heroes managed to destroy it's tentacles and throw javelins. The monster unable to escape had no choice but to charge. The old yellow wizard ran off and returned with two more men and more javelins and the roper till it was killed.

Retired to the village and helped them take charge of the caves which would be a important trade stop and better than the old village with nothing but slime to eat and drink and whose main export as dried slime. They took some of the goblin slaves back to Skulltower and rested. Perhaps next they would kill the sewer god or go to the yellow city which was occupied by metal clad outlanders from Europa.
Posted by Konsumterra at Tuesday, July 18, 2017