d100 Diabolic Brews and Potions of the Guilds 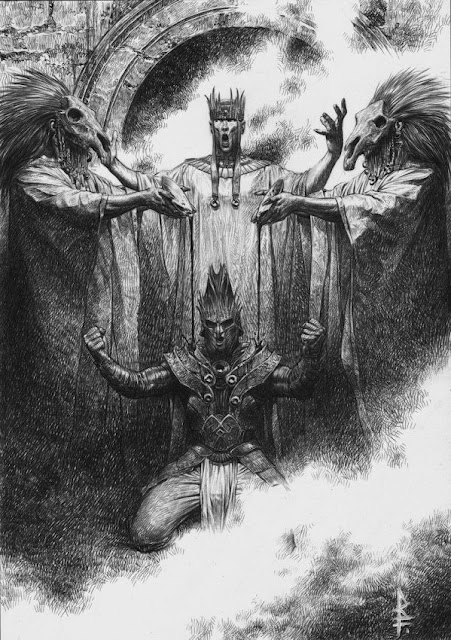 This may have some duplication, typos, numbering flaws - let me know if any problems in coments

This was a request from a reader on G+ and seemed like a good idea. I don't really want to deal with real poisons in my game too much. I have always liked the rolemaster and MERP poisons. The Ygdrasill rpg has good info on real poisons.
In Shadelport many forbidden substances are made and sold by evil specialists of the Apothecary Guild under licences auspiced by the secret police. Such potions, poisons and drugs are publicly forbidden and criminal yet are peddled in secret by men supposedly dedicated to healing. They supply assassins guilds, thieves guilds and even drug dealers. Some ingredients are imported or smuggled into the city from foreign even inhuman lands. These are usually diluted, refined and cut with local materials to make more profit. In Shadelport even the criminals organisations are under control by the state but most are ignorant of this. Alchemists make all these things often of large scale but don't admit it and use their apprentices if possible. Alchemists boast about unlocking secrets of life and nature not selling dirty tricks to cheap killers.

d10 Type of Dealer 1in6 Secret Police
1 Lone Dealer who  buys from a gang sells on street
2 Dealer works with a gang with a lab and black market
3 Dealer in secret service to a corrupt guildsman
4 Witches selling items on cheap to locals in rural areas
5 Sorcerer pleasure cultist or crooked wizards apprentice
6 Cult in service to chaos, devils, demons or the old ones
7 Secret Society or Criminal guild or Temple staff
8 Alchemist or apothecary guild store run for criminal sideline
9 Alchemists ex apprentice who sneaks lab access
10 Alchemist apprentice running racket for master

Addiction can be treated with a week with a healer and a prison cell possible some helpers. Neutralise poison spell cures addiction also