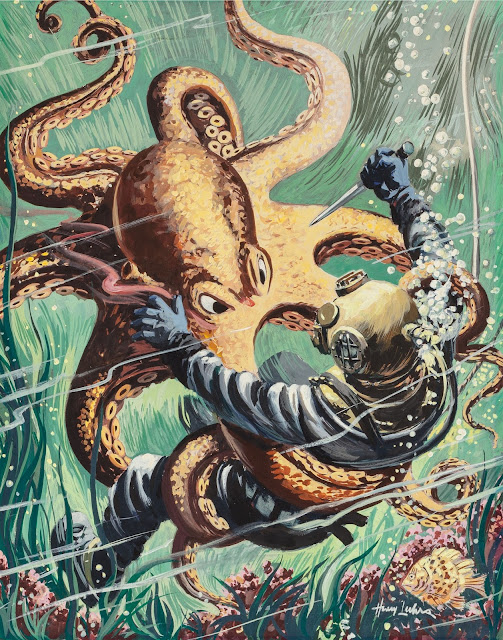 So Sydney has nice game shops and today went to play and game cancelled so while waiting to see wonderwoman again went to Games Paradise where I got a few sale Cthulhu Items including Tales of the Sleeping City by Miskatonic River Press,Worlds of Cthulhu Magazine no2 with a Wild West section which i liked and a pack of 4 decks of Cthulhu Cards. Some might know that Ive been critical of some products not meeting my idea of improved or worthy but overall I'm hopeful of the current powers that be at Chaosium at the moment.

I thought the value on cards seemed worth it.

The Phobia deck is lots of fun and will be a very handy play aid. Each is Illustrated acceptably and the descriptions are useful. Will be handy for con games and newb players and will make what I'm doing now for insanity better. it is usable any era of Cthulhu and will be easy to add extras.

The Weapon and Artifacts Deck unfortunately is the least useful. It includes weapons of various eras so that can be a problem. Most in american calibre and some guns I've never used in any era. Not complete enough to be useful. Feel more like props for a board game. I like the axe description gives some occult suggestions but most not. A cursed example of basic weapons would be nice. Not even a dagger though. Sigh. Not so many mythos artifacts which I would have prefered. It makes me want to write a d100 mythos Items. This is mostly useless to me but possibly in a con game where I had limited weapons about it might be usable. No lewis gun either.

The Unfortunate Events Deck is cool. Anytime action gets slow I could pull one out. They are pretty dangerous and often fatal so interesting. Could be handy for when I run my sandbox arkham county games Could be handy for inspiration. I kind of think if more like scary phenomena or bad luck and less fatal cards would be more useful. Dying seems overly unfortunate. Some have lots of text some brief. No particular time period i can see here which is good.

The Curious Character Deck is great. Makes me wanna get deck of gangbusters cards by mark hunt. Lots of useful NPCs or back up characters to replace in game deaths. Use photographs so probably the best looking art wise and most utility of them all.

As I said artifact cards would have been good. Spell cards. Monster cards. Cultist cards. People cards with cops, criminals, weirdos, rednecks, deepone hybrids, madmen could be handy too.

Maybe i could buy a business card printer and make lots of my d100 cards on decks. Only about 400 bux. Playing card printers a bit more.
Posted by Konsumterra at Saturday, July 01, 2017