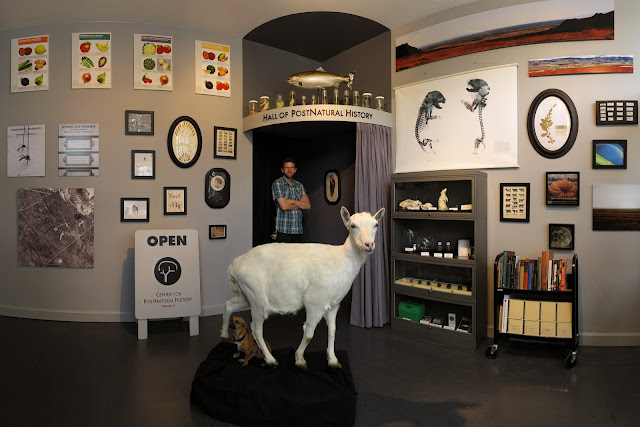 My friend who slipped me a copy of "Vaginas are Magic" manged to get me a sack of old gurps stuff. I did a big purge of GURPS  and lots of my RPG collection years ago and have been rebuilding it bigger and better than before. I also tore out the one good page of the GURPS Prisoner book and chucked the rest which is apparently a act of heresy. I got a good pile of history ones while i had a home and income for a while and possibly I have cut into my new computer fund getting this one but offer was too good to miss. Then there was a pile i got when the shipper messed up and I didn't get charged but nobody could give me a figure to pay when I enquired so I evilly kept them.

Hope to play Xor fri night and will get my goat quest online game happening.

Steam-Tech
This is a great compilation of steam punk tech that I could use in lots of settings. I wish I had GURPS Steampunk but I do have the original Space 1889 from GDW which Is pretty fun. I could slap some of this into fantasy, pulp, superheroes or ancient atlantis.

Weird War II
I kinda avoided WW2 as done too much but now after all the ww1 pc games and wonder woman it doesn't feel so untapped now. This book is a pretty goof read just for cray alt WW2 Tech and conspiracy theories. Normally I hate using Photoshop cut out filter for illustration but this book does it well. lots of good stuff for super hero and pulp and war era gaming. Nazi battlesuits and giant monsters and stats for Hitlers brain. It's all here. Very dense with content.

Illuminati
Ohh baby. Im pretty skeptical that power mad greedy people can cooperate and I could barley read more than a few pages of Robert Anton Wilson at a time but I do enjoy conspiracies in things like a espionage or superhero games. I liked Conspiracy X and Dark Matter rpg's also. There is lots of fun stuff and ideas in this book and I doubted I would ever get it. I do like that in Illuminatus trilogy that everything established gets proven wrong in a few pages. Shame the Historical Illuminatus Trilogy under used.

Atomic Horror
Glad to have a hard copy of this and a great source of retro B horror and SF. Good Info of living in the era which the Atomic Age Cthulhu Sourcebook did not have (I was glad I only got the PDF).  This delivers exactly what it claims. I love the GURPS job tables in COC (which has grown increasingly generous in starting cash). The alt history line of commies and nazis and aliens is good stuff.  Monster and adventure design sections are great. One of the more solid GURP books ever.

Alpha Centauri
As a kid I wished I was royalty on Alpha Centauri and I went on to be a big fan of the civilization games. The goal of Civilization was to go to Alpha Centuri. This was featured in a whole PC game which you can get from GOG.com - make sure you use the expansion with extra factions. It is a very interesting alien planet usable for many SF settings and is horrible and tentacled enough for COC Space too. This book faithfully describes the computer game especially the alien setting and the human factions. I could almost mash this up with Metamorphosis alpha. This is the most modern GURPS book I have and It really lacks large sections on how to hack, mod or mash thes setting as per the classic books. It Is colour but uses screen shots mostly which ads very little. Hardcover is nice.

Goblins
If you wanted to play a labyrinth or dark crystal type goblins this book is pretty entertaining. The goblin ecology. The book is colour and uses it well. It is a Georgian era campaign but the basics of goblin naturalism are fantastic. They adapt rapidly to environments so in a few generations can be quite different. A whole world of silly crazy goblins being awful. There is lots of gold here and I need to read it in more detail.

Magic 3rd ed
I had the first version and It inspired my homebrew system I used before I played BRP quite a bit. This version is twice as fat with more modern layout. It could probably be used with BRP. Lotsa content. Simply explained non complex magic system.

Mysteries
For crime type stuff which isn't my thing but what game doesn't use a mystery occasionally. Will read in detail later. I have read dummies guides to genre writing which are pretty good especially the romance fiction one. Id like to get GURPS Espionage which looks like a good read.

Overall
I still prefer the 3rd ed and earlier version of layout and writing to later works. I loved it when gurps pumped out lots of genre books which I bought monthly for years. Third ed killed it for me. More of the over produced full colour (with ess appealing art). I,m quite sad they don't crank out setting books as they were the best ever. I've had 3 eds of gurps stuff yet never played it with other people. It influenced my home brew games. Influenced Top Secret/SI and even modern DnD has played with advantages disadvantages. I have gone away from mechanical or system enforced roleplaying but I used to love the quirks and advantages and disadvantages.

Some of my fave GURPS books...
Most of the history ones are great. Autoduel 1st ed one of my fave game book covers and a book I used with Cyberpunk and my Superhero games for years. Horror was awesome. Atlantis actually a really informative book. Cliffhangers and swashbuckler (I want the later again) were great. Traveller stuff often better written and presented than other traveller books. I have a couple of Star Trek ones that are pretty good. Ultra Tech and Bio Tech are must haves. Cyberpunk is great and I would have loved cyberworld and the adventures book).

Ones I would Like
Steampunk. Espionage. Psionics. I had Uplift and Humanx and would like them both back again. I still need to get back Japan and Swashbucklers too. War against Chtorr is awesome. Never saw fantasy and wouldn't mind 1st ed version. I had High Tech and would have liked Low Tech. Ice Age seemed a bit thin so I never got it. Blue Planet stuff is a great setting to put in a sf world. Id like to see martial arts. I had conan and it was ok. Lensman looks good. I enjoyed Space Atlas, Aliens, Fantasy Folk and would nab them back. Aztecs I need. Bunnies and Burrows I have always been interested in. Conspiracy X.  Middle Ages 1. Ogre. Transhuman and Terradyne look good. Reign of steel too.

Some I have mixed feelings about
I found supers had some ok ideas and characters but too much like champions and I was done with the hero system before gurps began. Many settings and worlds I only discovered due to gurps. Some books were a bit clunky like robots (which still looks ok) and vehicles and supers. I Saw mars attacks and As I own currentboard game and multiple books I wasnt too thrilled. Cthulhupunk added very little to either genre. Screampunk was a bit thin. Prisoner was not adding anything not on fan blogs - espionage is a great book by comparison.

Anyone who has spares of these or DnD cyclopedia welcome to contact me.