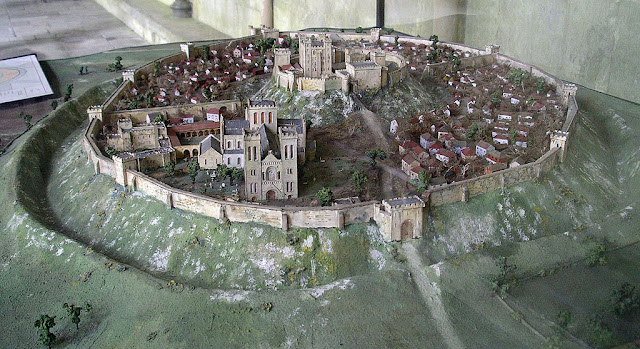 Old Sarum, town near Stonehenge on bronze and iron age hillfort. After fight between church and sheriff cathedral was moved and town ran down. Was gradually abandoned and people used stones for new buildings elsewhere. Nice little frontier town for a party. I will use it for inspiration for some setting stuff. Area surrounded by pagan and prehistoric religion. Attracts chaos cults and occultists. Murder hobos come for dirty dungeon deeds for cash. Area riddled in old ruins and pre human tunnels. Robber knights and pagan bandits nearby.

Castle Red Herring is beyond McGuffin mountain along plothook ridge. The mystery kids often look there for secrets on their various cases. No problem cant be solved like a extended chase through

I've done some cultist stuff tables in the past and many object lists for dungeon decor before but this time I present more tables for dodgy stuff to find. This is a list of spooky crap you might find in a goofy gothic castle or crumbling crypt or murderous mansion. It should satisfy those tourist type gamers who wanna know history of everything about world then try and profit from it. Well you can now you can imply history or wicked plots and worldbuilding with some of stuff on second table.