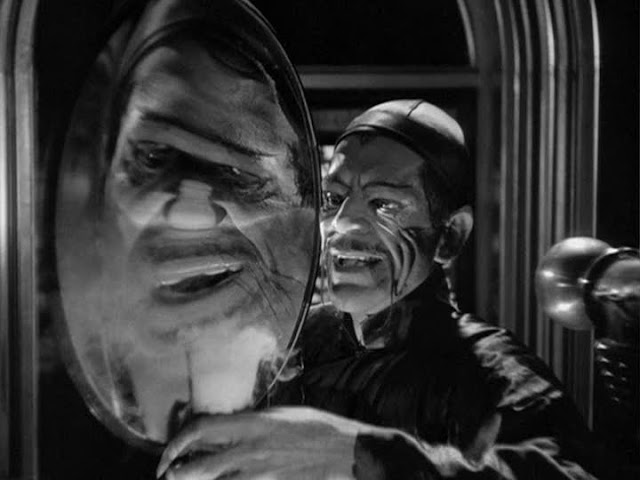 Many players in my games in Shadelport have thought taking over the drug trade especially Black lotus much loved by seedy sorcerers in their pleasure domes (In my setting wizards have towers and sorcerers build pleasure domes for their sex and drug cult followers). When they looked into the drug came from a drug fueled empire overseas ruled by a subterranean cult that seemed like a few years of dangerous adventure. One sorcerer did manage to become a agent who brokered a deal between the cult and the Barron and became a successful middleman. That was about the best success and the drug remained illegal but the barron got more of a cut and could manipulate addicts into stooges for the secret police.

Generally anyone who meddles with the cult is targeted by assassins. Sometimes they are forewarned by a scroll with a poem or symbol. Sometimes not. Usually the cult use various increasingly bizarre assassination techniques which this table should help with.
Past blogs on this
http://elfmaidsandoctopi.blogspot.com.au/2017/01/sinister-underland-of-east.html
http://elfmaidsandoctopi.blogspot.com.au/2016/06/black-lotus-dreams.html

Fumanchu is interesting read. Pulp and comics often reveal fears of the time which are interesting yard sticks for prejudice of the time. Im interested in the history and evolution of these things. I guess I'm partly inspired by pulp but I do different things with this content. Fumanchu is more interesting than any white characters in the novels. The books say more about the writers racist fear than reality. My subterranean city that secretly rules the lotus kingdoms has a female ruler no player has ever met and probably wont.

A bit inspired by this
http://talesofthegrotesqueanddungeonesque.blogspot.com.au/2017/04/fu-manchu-and-nude-in-mink.html
Which links to this...

Dr Phibes and Marvel master of King Fu comics and even bond inspired this.
I like the TSR Agent13 sourcebook too, the novels were ok but brief.
I never liked Sherlock Holmes, sorry i hate the Author

The table here handy for all kinds of nefarious skulduggery and exotic murder. Most have a possible escape and might serve as warning. You could have these used on a NPC also.

Poisons might be slow kind require antidotes that can start a quest or cult might offer you perform a task for antidote.

These don't happen in dungeons but close to home or even in your home. The more surprising the better. A pit trap in your bed is last thing an adventurer would expect but might require bribing servants or even magic. These are related to death traps but not quite. Assassin's may use proxies with bribes, blackmail, mind control or simply payments.

Cult assassins will often make a sign to warn others to fear the secret society. Possibly they may blame another party to start a war or harm several enemies at once.

I welcome suggestions in comments
will do death traps for ancient and modern settings one day
Posted by Konsumterra at Tuesday, April 25, 2017