Back to the Begining EMO DND 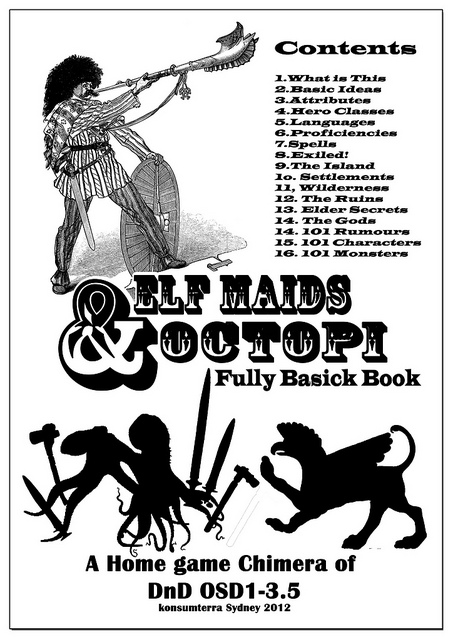 This is my house rules I wrote sick in bed mostly from memory 5 years ago - i probably ended up stripping it down in play but lots still in use and several hundred characters made for my exile/shadelport and psychon games. Mostly here for interest sake. Many sections were expanded and replaced by blog entries. Ive failed to re write about 4 times...

I liked simplicity of BX and I like late 1st ed NWP system as in Oriental Adventures and some bits of third ed i was exposed to via Temple of Elemental Evil pc game from gog.com. That game and players asking me to run DnD made me start playing again.

I get ppl asking to play DnD for first time occasionally. I recommend free versions like Blueholmes and Osric or the 81 BX eds online. Story gamers but in these online discussions recommending Munchausen or other games because they are easier (or gumshue if they want cthulhu). I would say kids today know all basics of DnD from computer games even if they have never played. If they ask for DnD they want DnD. I wont run my roadwar for kids though. Killing and robbing cops for clothes is less funny in modern settings. Lil murder hobos is funny to a point but fantasy it is easier to reign in naughtiness without overpowering swat teams killing them.

Doc is in RTF format which google docs doesn't like to view but it loads fine
https://drive.google.com/file/d/0B3VvMT9IKhhHLTN4T1lJMlhyRHc/view?usp=sharing﻿

Lots of my setting projects in works using fragments of all this too...
Posted by Konsumterra at Wednesday, April 26, 2017