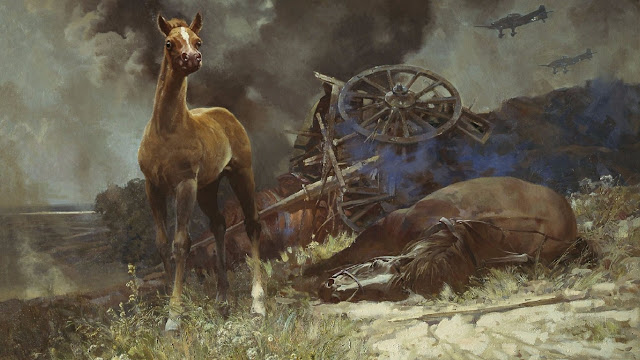 So nice to have worked last week, drawing mermaids and batman, making scones, getting screamed at by kids, minding an apartment i could never afford. Mind hasn't been on gaming too much and not getting much luck getting game in Sydney. Done a bit of Xor editing but my Frogs piece one of my best efforts in ages and feels hard to top. A bit of a extension of my flawed campsite post. Weirder stuff 51+

These could be used for non foot traffic in city, road traffic in country, targets for bandits or other uses.