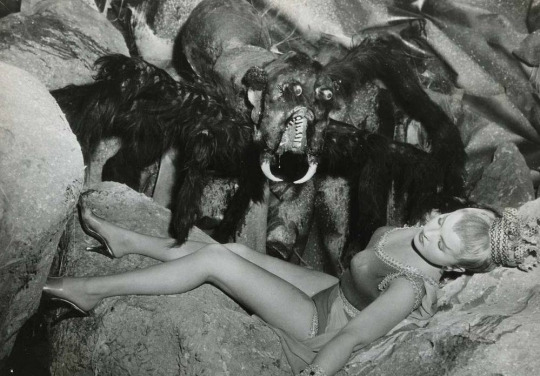 So to rest my post Xor work I started to read Stonehell again which I heartily endorse. I find the maps adequate and the content of bandits, kobolds and goblins well trodden. The history is thankfully brief and adaptable unlike some other megadungeons and leaves plenty of mystery and room to move for the ref. One thing it does very well is petty hauntings, graffiti, weird clues and other interesting titbits. It creates new petty spirits to menace parties and adds to the spooky vibe of the creepy old prison. I especially like getting players to make surprise checks just to scare them without real threats. I actually prefered the short descriptions of rooms with monster stats. The information is good even if a bit spartan.

Dragonlance in the first module introduced a new type of spirit which was used to great effect and could have various strength or even just be a harmless echo of the past for story telling. By later eds it was a playable race and ruined.

I have done d100 petty hauntings for my WW1 game and commenters noted it could be used for non modern settings so this is a version for dungeons and ruins (but not really most caves). I will also make a table of creepy clues to add to dungeon detail.

As my players know I dont really design adventures or dungeons. I use a geomorph or steal a map from the web or use a dyson map or make them up as I go. I pick some themes like undead, or dwarven ruins or some trope filled dungeon type (like I did for my long stairs setting) or I mix several together. My players wander around my sandbox settings. They get some clue to a dungeon or a mission or find a map or hear a rumour. Sometimes they pass several other dungeons on the way which sometimes the temptation is too much and they forget their mission. That is fine. You don't really need a real story anymore. Plenty of comics and tv shows are making it up as they go.

I'm a big fan of stories with beginnings, middles and end. It works great for books but ongoing series that face axing at any moment is more like many campaigns. But it is pretty easy to fake this structure. The beginning is usually character generation and the party meeting up. Some players like to have convoluted back stories but tables can help with this. The best players design open ended stories that hint the DM to mess with them. Players in game actions and paranoid ideas spoken aloud also help the DM. The middle bit is the every day dungeon adventures, the shopping, buying estates, getting titles, married and other stuff.

As for the end of a adventure or a adventurer's life story you can fake it. For a movie type or end of season story you just need a big climax. Mini climaxes are good for episodes like defeating a sub boss. You might want to put in a hook for sequels. Sometimes you agree to end a game and can give players a narrative about how their lives and domains pan out over a few years. You could always pick up the thread again or play the next generation. I often let months or years pass between concluded adventures. Chaosium games this works well in like Pendragon (based around yearly adventures and multi generational games) and RQ or BRP which training requirements mean players might train for months or years till they run out of cash.

Implied complex stories and winging it are easy. I make tables to facilitate this instead of writing dungeons that huge sections get ignored or players do something clever like walk away and let followers mop up.

01 Stench of rotting flesh comes and goes inexplicably
02 Smell of burning flesh
03 Odour of spice like cinnamon
04 Smell of spilled booze
05 Smell of fresh meat, blood and gore
06 Incense smoke from some long forgotten ritual
07 Smell of hellish sulphur
08 Phantom smoke causes eyes to run and coughing
09 Musky animal spells of past creatures
10 Stench of vomit, feces or urine wafts by
11 Rattling chains
12 Distant moaning
13 Close by sudden scream
14 Distant sobbing
15 Moaning from torture victim
16 Shouting and sounds of past fight
17 Something like rats in the walls
18 Phantom footsteps following
19 Sounds of hammers, mallets or other tools
20 Clanking of armour wearing soldiers
21 Feel hand brush against hair
22 Hair stands up on body with goosebumps
23 Chill flows over area
24 Feel a spirit passes through your body
25 Flames blow out in strange sudden breeze
26 Feel phantom bug climb leg or inside armour
27 Feel sensation of walking through cobwebs
28 Feel icy hand grasp neck or stroke body
29 Something in hand becomes suddenly hot like fire
30 Sensations of dizziness and nausea
31 Strange shadows seen but no source
32 Bloody wet footprints that lead to a door or trap
33 Dripping wet figure turns revealing rotting face and fades
34 Bloody weapon on floor vanishes when examined
35 Phantom rat swarm pours from hole then vanishes before touching
36 A blurry figure breaks from cover and runs through a wall
37 A transparent spectral figure steps through wall, looks then vanishes
38 A floating dripping ghostly head appears then vanishes
39 Bloody handprints appear on walls
40 Bloody pool forms on floor from past murder
41 Stone drops from roof just on or near person
42 Skull chatters jaws eerily
43 Bones roll across path
44 Noose drops from the roof
45 Door slams loudly
46 Ground shakes as if something huge coming
47 Writing appears on wall in chalk or blood
48 Muddy depression form as if invisible person walking in mud
49 A musical instrument plays itself
50 A chair or table slides along the floor
51 Chain writhes across floor like constrictor snake
52 Lantern or torch flares up for no reason and is destroyed
53 Ectoplasm drips on face
54 Rocks, rubbish and bones fly around violently
55 Spirit pulls hair and punches
56 Spirit pushes people over
57 Hats or helmets fly off
58 Clothes or armour torn off
59 Objects float eerily about room
60 Nails or rivets pop out out of woodwork on own
61 A headless figure dripping blood passes through line of sight
62 A creepy child with a doll singing a nursery rhyme
63 A wounded man crawls leaving a bloody trail if touched turns tint dust
64 Adventurers approach silently, up closer can see lethal wounds then they fade
65 A figure chained to wall begs for release if touched is a lifeless skeleton
66 A wizard or witch steps into view smiles then vanishes
67 A hunchback with noisy keys approaches then fades up close
68 A creepy filthy jester jumps out laughing then vanishes
69 A monk approaches but up close collapses into empty old robes
70 A sleeping drunk snoring against wall if disturbed is just a dusty dried old corpse
71 A black dog bellows then runs into dead end and vanishes
72 A creepy eyed billy goat in the distance, stares then runs out of sight
73 A chirping monkey scutters across floor, later find a mummified skeleton
74 A shadowy growling beast keeps stalking party from a distance ot of light range
75 Skinless bleeding hound runs down corridor howling past party leaving no trace
76 Green glowing hound bellows attracting wandering monsters then fades
77 A large black screeches from shadows where it's gleaming eyes stalk party
78 Some clawed beast scratching from within rat hole, tells you to leave or else
79 Black rabbit with gleaming reflective eyes seems to be leading party somewhere
80 Huge creepy possum scuttling in edge of light with human hand in mouth
81 Torches in wall sconces or candles alight furiously to demonic laughter
82 Demonic bloody sigils appear on floors and walls
83 A diabolic idol keeps being seen in peripheral vision then vanishes
84 A mutilated corpse with seven ritual daggers affixed to ceiling dripping blood
85 Goatmasked cultist in robes with dagger appears in reflected surfaces
86 Flaming pentagram appears on wall suddenly
87 Naked old witches scuttle away into darkness ahead as if startled by light
88 Pointy hooded cultist holds dripping severed head of party members loved one
89 Laughing huge demon is caught in light, it laughs then disappears in cloud of sulphur
90 Horrible imps follow invisibly playing horrible pranks
91 One legged man with missing teeth hopping with hatchet in hand follows party
92 Black eyed girl with long hair in bloody night dress crawls on ceiling
93 Woman in red dress appears in distance when spotted skulks off into distance
94 Bloody throated girl with huge intelligent eyed black wolf walk together in distance
95 Man with gouged out bloody eyes and funerary shroud glides about gracefully
96 A black robed knight lifts visor revealing empty armour then vanishes
97 Eerie shadow follows party on edges of available light
98 Robed figure with raven skull holding bunch of dead flowers vanishes promptly
99 Drowned woman spirit sobbing, moves eerily leaving damp trail