Third Expedition to Xor with LOTFP 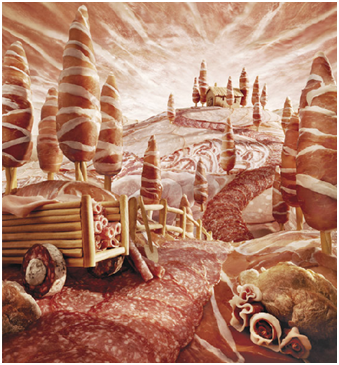 Had a nice LOTFP game With Dallas M as a halfling, two guys called Richard playing specialists sitting next to each other for convenience and a wizard who has been toying with zombies. Used my secrets cards which added to players role playing nicely. So the third expedition to Xor is underway.

Great to meet Dallas in meatspace after chatting on G+ for a while. LOTFP with emphasis on gore + contrast of 1642 England has worked well. Also I can travel with only one small book.

Highlights
-met a guineapig man converted to church of england in a surgeon school
battled several demons called by secret chaos wizard saboteur on ship
-getting giant fleas in fields of hair
-recruiting native halflings over a orifice
-traded a pound of nails for a mutation potion
-visiting a citadel of traders where players realized financial opportunities of Xor
-met a previous expedition survivor, Greogory a trashed with vice mercenary with three wives and a guineapig man
-found some starving jesuits on way back and captured them which got them exited to torment and sell to Xor slavers for potions
-got back to ship got drunk and beat up jesuits
-specialist drank mutation poster and awoke with six legs in a centaur like configuration
-in morning they decided to test firing cannons at cliff faces which geysered blood from wounds. Decided to keep firing despite quakes and the floor of sea rose up under boat trapping it and pierced ship with giant bone spurs destroying ship - oops
-marched half surviving crew. Several players risked lives - one trying to get keg of iron nails and other failed to save the jesuits who were manacled in bottom of ship
-marched back to citadel and met a lovely sexy lady who tried to seduce several party members and charmed Gregory the merc they had met the day before. He said he would catch up later and specialists spied on them, lost them and found his soul drained body (succubus!). The body was easy to raise as a zombie without any residual spirit
-Back to citadel the wizard used zombie Gregory to meet the village chief and with audible glamour faked Gregory's voice. Got a request to kill a wizard for citizen rights. Killed some pig men and ghouls and captured evil wizard. Party wizard ended up with several zombies but original one pretty hacked up, plus Gregory and a pigman

Was big fun mostly talking and exploring and trading and learning local trivia like don't over eat any flesh, don't hoard metal and don't shoot Xor with cannons .

I ended up putting card in book to summarize gun mechanisms to help players. I might add some variety of gun sizes, blunderbusses and multi barrel guns - also I'm curious how much old guns weigh - a light multi barrelled pistol might be handy in a sleeve. Gun section in book a bit less user friendly.
Posted by Konsumterra at Saturday, April 15, 2017