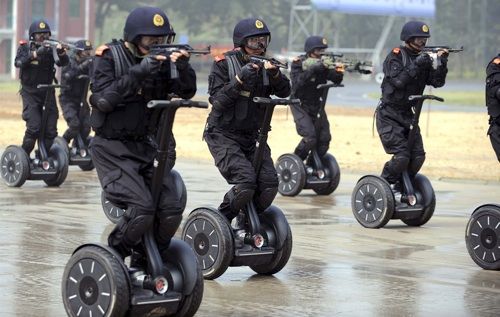 So Im distracted from my d100 crystal monuments and back onto stuff i can use in game like this.

d10 Quick Cops and Law officers
1 Vigilantes are armed locals often self appointed to keep outsiders away. Tend to be distinctive individuals or a gang rather than a trained force, they may not have local approval. Many are corrupt and abuse their power, possibly molesting travellers for kicks.
2 Militia are civil defence associations from rural towns under threat from gangs. They are raised by a leader or authoritative body and make some effort to train and equip them and provide uniforms or at least hats. Some militia come to take power over their communities if civil leaders fail.
3 Country sheriff are appointed by courts or mayor or town vote in areas not covered by fed or state or city governments. Sherrifs vary in ability and quality of equiptment. Some are dangerous trailer trash given authority others are heroic lone gunmen.
4 State highway patrol with pursuit and anti gang units are state government force to control roadways and at least maintain the major highways are operational. They may make other operations or missions and are  probably the coolest looking lawmen. Even if the vetrans are a bit funny.
5 Urban PD from city state capitol or large town policed unit, probably on a mission for their city state as mostly they seldom leave the city policed zone. Sydney cars are coolest and fastest. Melbourne's have biggest guns. Brisbane send mutants or cyborg cops on outside missions.
6 Riot squad with vehicles and heavily armoured police with non lethal arms. Will block roads with barriers and car traps, deploy shields and are heavily armoured enough to ignore enemy fire then capture enemies alive. Mostly from large towns or cities especially industrial or slum areas. Most frequently deploy dogs and horses. They may use experimental riot weapons.
7 Police STAR force (Special Tasks and Rescue) with snipers, heavy weapons, special forces and rescue operations. Trained in wide range of paramilitary situations including rappelling from copters and mountain climbing. Have equipment for rescues especially removing motorists from crashed cars.
8 Corporate Security and Mercenaries for private policed zones are private law areas licensed to act as police on company property or by contracted clients of companies. Well equipped with special forces and air support. Will put government over locals or government forces. May be corrupt but dificult to prosecute. Some have been outright criminal.
9 Military various branches and ability from reserves to front line cyborg vets. Military doesn't want to kill you but if you are in the wrong place they wont care when they kill you. Military deal with big problems like bioplagues, disasters, undead, mutant animals and occasionally are called on to cleanse gangs on a section of road. The politicians who direct them worry more about accidentally helping terrorists than accidentally killing a few innocents.
10 Government Agents from various agencies including MIB. Many plainclothes departments have agents but some are especially mysterious. Tax, finance, postal dept, are common but intelligence agents looking for terrorism or threats to national security. Some from experimental operations command seek strange stuff like cults and saucers. Most are plainclothes with suits and unmarked cars with concealed weapons. Some prefer black cars and suits. Teams mostly surveillance but might question travelers. They generally are equipped as special forces when not concealed in plain clothes but prefer to call in other agencies for prolonged combat or actions. 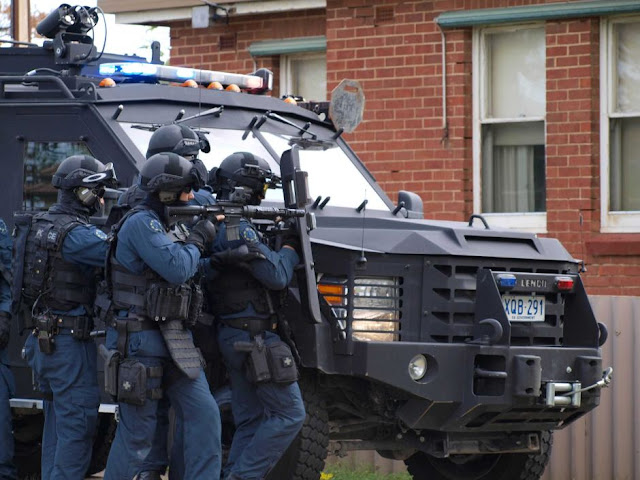