Timothy S. Brannan on his blog asaked about readers experiences with orcus. I did one of my rants and here it is. Id be pleased to use Orcus he is so totally oldschool.

Feel free to request i remold any classic DnD or setting tropes.


We were 16 playing games at home, school, library and wargaming club
Old wargamer appalled by my running took over and had Orcus kill all our 16th lv first characters.

He also played a paladin who found an other characters (chaotic nuetral cat-spirit ninja wujen) orphanage for monster kids from years of plundering dungeons. The paladin burned it and killed them all while cat lady went to shops.

This guy was 40 and was in military and had been a fanatic wargamer. He would lend me cool game stuff so i could run it and he would get to play and take over as dm when he felt i was kind or heroic storytelling or something. I realized later most adults got sick of him and wouldn't put up with this shit.

Orcus:
So yeah a big bully power gamer who picks on weak, justifies it is for the best
while sitting on bone throne palanquin eating some gore and welcomes you to join him.
His champions are promised eternal death as a sentient unbound free roaming undead from the moment they die. By feasting with Orcus most low level arise as zombies. Higher level ones become what Orcus desires at moment and he justifies his treachery with self. He craves followers dedicate the souls of you murder victims to him and spreading his cause. Most Importantly and follow the path of chaos and evil.

"The undead that carry the palanquin are mixed,
enthralled, enslaved and resentful which pleases him
they wear filthy tattered rags and remnants of royal and great raiment
they swarm out and attack - they are constantly replaced and countless
he will tempt you with return of your ancestors souls or power
his chaos priesthood lurk in dungeons and spread seed of undeath
to seize the worlds dungeons and then use as bases to destroy all life"

Real and a false wand both sentient and hate each other claiming to love Orcus more.
Each have a cult. The false one is a titan mattock or maul with death touch, power word kill three times a day and sentient and controls non Orcus users increasingly. The other one is a divine artifact. Other subcults include ones specializing in each undead type, necromancy, horned templars, grave robbing thieves and a mostly harmless funerary workers cult.

This last sect portray him as a harmless underworld guardian but really are a secret demon cult. They take a tithe of all families of grave goods and bodies for Orcus and protect the rest. Taking more would expose them. Outsider grave robbers are eaten by ancestors of locals which seems ok. Many sorcerers male and female dedicated to Orcus like to wear the severed heads of their dead spouses hanging around their necks and continue to talk to them.

Some dawn age portrayals of him before the fall he is a minor fertility god with a sikcle in service of the earth. This he saw as a demotion and fall from heavens, becoming a unruly drunken murdering beastman. Some time in long night he cut ties with gods and became a kingdom maker in the eternal underworld. It is a ancient underworld land of darkness and ruin, scattered with sprawling necropolises. Even its forests are dead. Dismembered corpses hanging in trees. Undead beasts and horrors mimicking life.

Doh! Ive said too much, Orcus will be mad. 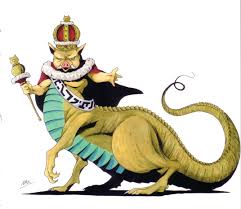 Posted by Konsumterra at Saturday, September 26, 2015