Chaosium continues but death of BRP? 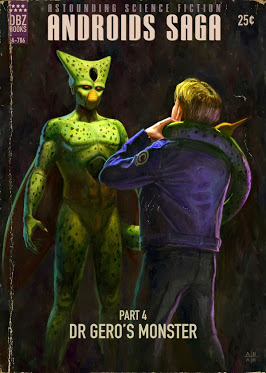 Chaosium continues to disappoint? - So Chaosium getting RQ back seemed to make people happy. After a few years of disappointing layouts and cthulhu products I was getting hopeful after products like Magic World (though if dyslexic me spots typos something is wrong) and Blood Tide gave me hope. Now Chaosium have cut licences to other producers of often superior products and are cutting the BRP gold book.I am saddened for companies and people who wasted time developing products to have them axed due to this and difficulty working with them. Ive been playing their games since 1983 often exclusively. For most of 90s I only bought Cthulhu stuff, now i'm pretty wary of new products and glad I only got PDFs. Id love it if they re-released some of older books as even PDF - many have ridiculous prices second hand.

Delta Green - looking for new mechanics due to licencing problems?" Arc Dream sale point offline when I looked
Alephtar Games - producing new d100 system losing BRP Rome and many fine products gone probably forever - a dozen or so of best ever made for system pulled from market
Cubical 7 - seem to be hanging in with Britannia Line and Laundry - hope they hold out
Design Mechanism - Apparently losing some products? - no news since May - still most stuff on Drive Through

Please let me know if I'm wrong about any of this.

I imagine nobody new will enter field of BRP products after this.
Open licence versions might be only viable version.

So I will stick with my own mutant version which is BRP or RQ3 without strike ranks and bonus system from Ringworld. I may be adding stun damage rules from TSR Gangbusters and TopSecret SI so characters can fist fight without killing as easily. Worked really well in past. Will do a new PC sheet soon. I still do most mechanical lifting for players and find them struggling with adding two or three two digit numbers. That's why I made this to help. In CoC I rarely used the derivative rolls like Knowledge or luck rolls in a session, likewise I don't use resistance rolls much and older system seems fine. Most pro story gamers who whinge about CoC search repetitive rolls as one of biggest gripes. I always allow someone who searches exactly the right place to find a thing or clue. It is pretty obvious. Point of a roll is to short hand process by sacrificing time so you don't have to roleplay searching every crate in a attack. In the 90s RQ and Cthulhu had so much gold online comparatively which helped when I was poor povo studying or being in a couple. Net and getting second hand National Geographics for 10c was my main inspiration.

There was a point I weighed up BRP vs GURPS. BRP won because it used metric and preferred idea of percentages not hexadecimal. Gurps also lost out because of points which I had had my time with that game in mid 80s. Champions and Gurps do great setting books. Actually I dislike GURPS4 look and feel. GURPS1-3 seemed to have a awesome setting every month and wide licencing of great books. Points trouble me when player picks up a new item "Why cant I keep the villains 4d6 Armour Piercing Ranged killing Attack obvious accessible focus gun?). The income charts in GURPS Horror are useful in Call of Cthulhu too.

All this confirms to me that licenced product lines are dangerous and will die over licence problems not popularity or quality like versions of Star Wars or Marvel games.

Feels like a Avalon Hill disaster all over again. For one of oldest companies the still seem to act like strugglers. I don't have fanboy faith in any commercial company in games or comics anymore.

So I will be grabbing everything still on shelves at my shop tonight and get my feelers out for the Merrie England Book (apparently intended as a RQ  book). Anyone selling piles of GURPS1-3 ed setting books let me know.

Stuff like this killed
http://www.alephtargames.com/images/preview/wots-preview.pdf
Posted by Konsumterra at Wednesday, September 30, 2015