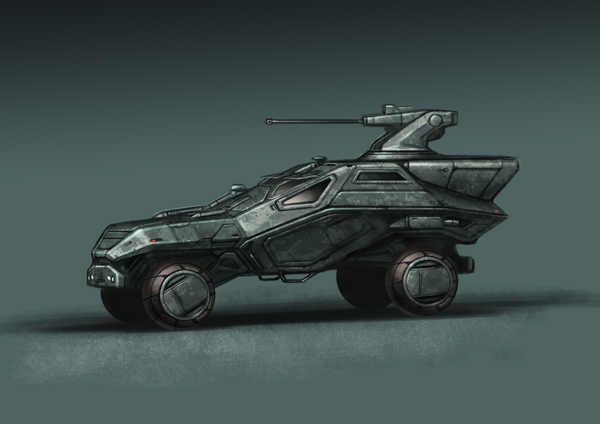 So this is a quick list of major vehicle combat sports. Ten years of such events has made other sports obsolete. Cricket, soccer, rugby and football variants have experimented with more lethal combat have been developed. Rollerball has replaced netball as most played sport and most popular sport played by women. These are some ideas and prize guidelines to create races. My party after a year of play are at bottom of semi pro with a few career highlights promising they will make a-list.

DeathraceMulti stage legalized outside of City control zones. A popular telivised event reying on the lawless non urban zones world wide. Official race management select and prewarn people on route about the Deathrace. Spread world wide and imitated by local youths everywhere. Drivers race but more points are given for vehicular slaughter of pedestrians than anything else. Locals often prepare defences. Fans try to get killed by favorite drivers. Big prizes in three divisions (amatuer, semi pro and pro teams). Terrorist protesters leave traps for cars or sacrifice selves carrying placards. As the first such event it is pretty tame now as copies more violent and based on car vs car. Most have 3 day events with a pit stop zone to recover over night. This is part of the media spectacle also.

Chicken Race
Racers compete for who is fastest and bravest. Mostly amatuer or criminal with short tracks.  Racers either race head on into a collision or race at a cliff and the first to chicken out loses. Most popular with teens or the desperate for cash. Bets pay for racers efforts and some bet their cars.

Road War
Usually two gangs battle over a square battlefield. Originally unofficial and some took days or weeks. TV rights have ruined this event say old fans. Now teams have a budget and build a combat team and fight to the death. Some events battle over a strongpoint, a resource, a hostage, a moving battle truck or some other prize.

Kill Team Drag RaceTwo teams of four on a straight road charge each other and open fire. Teams have budgets to build vehicles and attempt different design strategies.  Variants include cat with bikes for poor copies and trucks with escort cars.

Sydney Murder Motorsport Stadium War League
One on one and team games in a marked battlefield including stadiums and sports fields. Space is relatively small and slow acceleration not such a problem. Event hosts may vary conditions with minefields, machine gun bunkers, mus, tank traps and other novelties. Battlefields are getting more exotic in big events.

Adelaide to Darwin 500
Cross country through off road often difficult condition routes. Less flashy with more amatuer contenders. Many racers disappear forever en route and numbers of racers limit TV drone feed. Discourages racer on racer violence but years of off camera violence, racers have stopped bothering to hide it. Bikes compete in this with cars.

Broken Hill to Ballarat
Two day event with one night pitstop. Has every year had major racers vs roadgang battle which has become the highlight. Victorian state side of course is sleepy but has winding roads. Broken hill is a former mining town increasingly with many artists while Ballarat is a tourist gold town with a large oth population. End of race party attracts international celebrities.

Bathurst Raceway
Holy site of murder motorsports which quickly adapted multiple race events into car combat shows. Famous for full day circuit races with various prize divisions and weapon classes. The local township is one of the best custom car centres of the country. Daily there is some kind of race. Circuit increasingly introducing machine pillboxes, jumps and water crossings.

Philip Island Raceway
Island race course with many races including motorcycle only race. As unarmed races have declined, management have tried to save events and sponsors will poorly organised circuit events.

Kids Charity Combat Bash
This yearly charity sponsors pay racers and racers donate cash to charity. Highly televised and a good profile raising event. Held in a different state each year but corporate management in Western Australia, Surviving competitors do sa victory lap in stadium with dying children passengers. Celebrity teams, charity teams, novelty teams, amateurs all join in for this race. At least one of the three days is cross road and country tracks. Some get sponsors to reward per kill others pay for the drivers death. At the end is a huge bachelors and spinsters ball which is a drunken vomit spraying rocknroll dance. Usually leaves a muddy field covered in tinnies and beer bottles.

d20 Race Oddity
1 Fanatic penal racers entered in event to earn pardons instead of cash
2 Targeted by anti death race terrorists who claim gladiators are a corruptive force
3 Media circus with global media and celebrities flocking to event
4 Organised crime everywhere and corruption in race admin
5 Ganglord of wasteland declared death to all racers
6 Cultists plan to use race fatalities in ritual climaxing in cult blood bath
7 Undead outbreak on route or around pit stop
8 Law have reasons to stop race as a message to race scene
9 Mutant hordes or species arises to avenge selves against past races that killed their kind
10 Christian sect gang cult opposed to race strike with force, singing to their deaths
11 Weapons cant be used till tokens captured or markers driven over
12 Ammo available at certain race locations often different systems
13 A heavy vehicle like bus or semi trailer truck operated by gang attacks race
14 Strange paranormal phenomena like ufo, psychic or supernatural power
15 Heavily fortified and armed locals well prepared dug in to stop racers
16 Shortages, hijacked supplies make food, fuel, water and ammo scarce
17 Race rife with pit stop sabotage, poisoning and hobbling drivers
18 Bonus Cash in bunkers with  armed defenders
19 Remote controlled traps, jumps, drones and other gimmicks set up for race
20 Fans on the track in cars or on foot get in way, swarm drivers and get in way
Posted by Konsumterra at Saturday, September 26, 2015