So in a big dungeon with many adventurers increasingly flocking to the call of easy gold and slaves, enterprising folk decide to cash in.

To start with some adventurers usually leave a camp with donkeys, carts, guards and other followers. As more adventurers and curious come a shanty town begins to form. Each week a new feature is added till it evolves into a village then a town. Many survive long after the gold is gone and some ruler appoints a noble or locals elect a mayor and legitimate settlers move in under increased presence of law.

In first year most will use tents and wagons but wooden kit buildings spring up after it is apparent the town will be here a while. Some adventurers after a few sorties see town grow and go into business.

Use a d10 for early stage then d20 after a few months.

d20 Businesses
1 Dungeoneer supply store - every day tools of exploration and mining
2 Brothel - a few local women in tents at first to pimp run whorehouse later
3 Sly grog shop - a humble drinking venue with company and music
4 Stable - donkeys, wagons and care for mounted beasts
5 Tavern - a large drinking den with gambling and food and later brings in entertainers
6 Pawn Shop - buy and sell goods from broke adventurers
7 Boarding and bath house - initially rows of tents to eventually a wooden house
8 Smithy - horseshoes, tool making, weapon and armour repairs,
9 Shrine - a priest has come to heal and convert immoral adventurers
10 Food seller - buy rations, fresh and cooked food, each a specialty
11 Baker - brings in a oven and flour, makes bread daily for settlement
12 Butcher - provides meat and buys exotic dungeon meats
13 Money Changer - trades currency (d4% rate) and lends money
14 Slaver - buys and sells humanoids and men, most end up heavy labour till death
25 Barber - also acts as dentist and doctor for first aid
16 Thieves guild - will move in to control crime and keep tabs on adventurers
17 Mercenary guild - where you may hire guards or soldiers
18 Magic Shop - with a magician to identify and trade magics
19 Healer - sets up a hospital for diseased and wounded
20 Sheriff is elected and paid for by local business owners with a hut and a cage 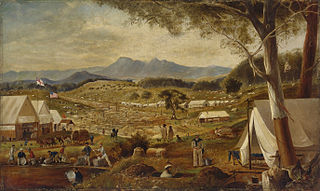 d50 Seasonal Visitors
1 Road builders come to improve road to civilization
2 Wagon of fancy prostitutes from city
3 Travelling minstrel and actors come to perform
4 Traveling circus always looking to buy new freaks
5 Slaver come with shipment of wives to sell
6 Priest and acolytes comes to convert sinners and feud with any local priests
7 Travelling tailor comes to mend and sell clothing and hats
8 Travelling tinkerer fixes things like boots, weapons and tools
9 Tanner comes to buy exotic skins, furs and hides
10 Cobbler comes to mend and sell boots
11 Visiting noble with entourage inspects camp for local ruler
12 Wizard and apprentice visits to trade magic items
13 Family of adventurer looking for kinsman who they have not seen in a while
14 Drug dealer come to supply area and enjoy local vices
15 Demihuman adventurers arrive, usually disgusted and make own camp
16 Quality cook visits and everyone raving about quality of food
17 Con man comes to fleece adventurers with land deeds and fake potions
18 Thief gang passes through to rob everyone and move on
19 Gambler passes through to suck camp dry of money
20 Bounty hunters looking for a wanted murder hobo
21 Military inspect area to consider building a fort
22 Lumber men come in to clear trees
23 Missionaries come to aid limbless, diseased and drunken murder hobos
24 Tax men come to claim income tax from business men and adventurers
25 Historian comes to visit to document happenings and examine historic finds
26 Dandy wannabee adventurers from city insult scruffy locals and start fights
27 Hoodlum from city organises pit fights with man and beast and monsters
28 A fight promoter with star gladiator takes on all comers for cash
29 A builder comes to construct a structure
30 Fortune Tellers mostly hucksters exploiting locals
31 Brewer visits with barrels on wagon
32 Preachers come to encourage adventurers to quit lives of sin
33 Cultist comes to recruit
34 Fight promoter comes to buy monsters for city gladiators
45 Messenger arrives looking for client to deliver map or letter to
46 Monster boss from dungeon sends envoy to make deal with camp
37 Loud braggart adventurer declares he will cleanse dungeon
38 A famous adventurer and followers joins camp
39 A band of filthy murder hobos join camp and start rivalries with established ones
40 An apothecary's son comes to trade potions for exotic monster organs
41 Inbred rednecks visit to see if a good place to settle down
42 Farming family visits to examine land and judge if camp a fit community
43 A poet comes to compose works on the local heroes or murder hobos if he cant find any heroes
44 A bard comes to put on shows, seduce women and make a name for himself
45 A cat seller with wagon load of cats arrives, guaranteed to reduce rats
46 Miracle medicine show comes through to fleece the foolish
47 Military officer comes to make sure locals not stirring up war with humanoids
48 Rural hunters and trappers come seeking furs and exotic game
49 Rich hunters come to hunt monsters for a lark, treat locals like stupid scum
50 Settlers with wagons come to inspect local land and community

When settlers move in and the dungeon is fished murder hobos move to a new megadungeon. Sometimes a noble takes interest and sends in tax men or military to take over. When a noble begins charging for a dungeon licence and his men begin to inspect and imprison adventurers this also can mean death for the town. Military might move in and build a fort to establish order and control. Military dungeon engineers will of course start strip and open cut mining on the mega dungeon. Some even seal entries and pump in smoke then ambush fleeing monsters. Amateur murder hobos are no match for imperial dungeoneers mining magic for the empire.

A camp like this and it's growth might be a entertaining diversion from a campaign megadungeon. Heroes might get to become important or even name the town. A graveyard with wooden headstones might well appear within a few months.

Also this is more detail on military dungeoneering
http://elfmaidsandoctopi.blogspot.com.au/2012/10/impirial-dungeoneon-engineer-corps.html 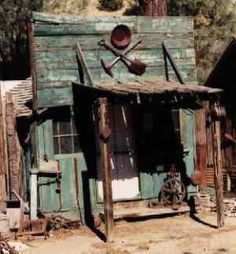 Posted by Konsumterra at Monday, September 21, 2015