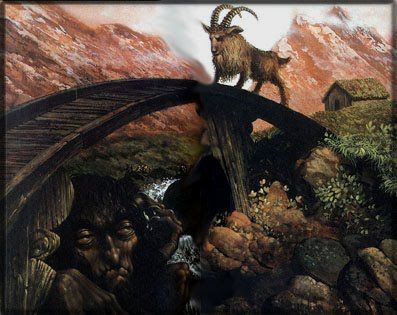 Like a former post i did on a crossroads, this is for rural and borderlands or former inhabited frontiers/ Bridges are natural chokepoints for all kinds of troublemakers to restrict travel. Ive always wanted to map my giant city bridges.
The oldest bridges are prehuman made by dwarfs or reptilians or long gone civilised trolls. Some might be from ancient lost empires or magic. Making a bridge is a big deal, some take years, some included sacrifices in the old days. Travellers often rest at a bridge and take on water. Many old bridges are holy and undead and certain beings cannot cross them but might be carried over in a torpor. If you can trick a demon or undead to this state of helplessness you can seal them in the bridge.

Most cross water but some cross ravines or canyons or worse.