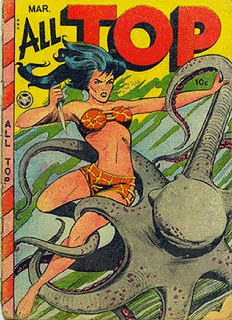 Hmmm slightly increased hours seemed to have hit my imagination a bit as i haven't finished any new content here for a while. Spend more time on e-bay buying teeny man dollies and games with my moola than imagineering. Also as ive printed off lots of tables from here in my game folder - feels like ive run out of need for ideas as i have tables for most of in game needs at moment. DnD game has players deep in a classic dungeon with some holy crypt stuff too. Player suggested some maritime theme stuff for when they finish dungeon they intend to go to sea. d100 NPC lists are on slow side. I am working on several Roadwar tables and features. I am trying to get back on horse but posts im working on are slow and massive.

Am adding to my Egyptian and Indian armies, getting lizard men and 1920s cops and gangsters, gladiators and pirates and a Tarzan set. So will have more animal minis like crocks, lions, bears. I envisage 1920s folk vs lizard men for raid on Insmouth.

I actually got the Arkham county book on the fishy town from a friend so only 2 more mythos rpg books to get now. Probably with the new edition standard now will be among last items i get for game now serving audience who cant divide or multiply by 5 and probably will never read books. Found a great place full of old game books so im getting: RQ3 book (all in one nice book) Borderlands box set for RQ, Dawn Patrol (will run Wings against Cthulhu some day), 1001 vehicles for mega traveller, and a Gurps book. Still want all the gurps history stuff. Oh and a scanner so i can purge my filing cabinet and post here my gaming goodies from yesteryear (back to 84).

"Fall of the Mutants: Battle for San Francisco"
TSR Marvel Super Heroes System
Up to 12 Players All Ages

A battle royale in the streets of San Francisco Where Your Favourite Mutant (and non mutant) superheroes battle the Marauders and the Horsemen of Apocalypse and worse. This all ages event will run all day with players being able to play multiple sessions and choose good or evil characters from the Marvel Comic Universe as it was 1988.

Based on previous successful CON session 2014. It is a fast paced system with a single resolution table that can handle the likes of Daredevil to the Hulk effortlessly. Very simple to learn and play. Most of the original game rule books and adventures are available online from fan sites like classicmarvelforever.com without complaint from game/comic companies.

Once again the tabletop will have a scale model of a city with toy vehicles and a large supply of Heroclix minitures. Players are able to destroy the urban terrain and use any property as weapons to win for your mutant faction. Come decide the fate of mutant kind.

Players are drivers in a near future apocalyptic setting with heavily armed vehicles in a world going down the toilet. Every day the news gets worse: plagues, famine, war, zombies, cyborgs, out of control cults and the increased prevalence of televised lethal motor sport events. Australia's biggest race event hosted by the Sydney Murder Motor Sports League is the Murder Race 2000. This years race spectacle is the biggest yet attracting teams from around the world for high octane thrills and kills. Prime Minister Paul Hogan will award the winners with 10 million in prize money. The usual gangcults, terrorists and crazed fans are sure to try and interfere as the whole nation sits back to watch the spectacle. Only this year inhuman eyes gaze down on the racers who will unwittingly decide the fate of the human race.

The game will use toy model cars, miniatures and road sections on the tabletop based between 1/68-1/72 and HO scale. Players are welcome to bring their own model Hotwheels or Matchbox cars to be stated up for play. Players will have a selection of drivers and armed vehicles to pick from. Each racer also has a terrible secret which may jeopardise their survival chances. May the most ruthless bastard win.

It the dawn of the 22nd Century. Mining and research outposts have settled the asteroid belt and the moons of Jupiter and Saturn. An asteroid habitat controlling a deep space antenna array has broken out in murder and violence. Your team of Investigators mission is to find out what has happened to the hab and rescue any surviving crew. While all the hab crew were screened for mental health long before leaving Earth, madness seems the most likely explanation for loss of contact with the array. As the fastest rescue equipped and trained vessel past Mars, It is up to your crew to contain the situation.

Players will get to choose from rescue crew personnel sent to investigate what has gone wrong in the habitat. Your crew are all trained in space rescue and high G acceleration making you the best crew for the mission. Good Luck.

Some Other Time Dept....

Paranormal agents sent to examine remains of a Internment Camp in Alaska where the last residents of Insmouth died in the 50s. Actually a Superworld/Cthulhu mashup. Players are all tainted by blood of old ones and each has a agent handler.

A Gangbusters/Cthulhu Mash up with lots of Tommy Guns and car chases - I will have minis but might put this off till next con so im sure if i will have cars and possibly better model buildings - considered running the trouble brewing campaign for gangbusters as a day event for con with two teams of 6 - could run gangbusters, classic cthulhu and cthulhu metropolis as event to and play lots of 20s pop music. WW1 flying game possible too (Biggles vs Cthulhu?). Getting dawn patrol so some model kits might be the go.

My club seems to have certain time slots busy so i might offer to run cthulhu after work in city club - about 5 now but they are full of card game douchebags mostly.
Posted by Konsumterra at Monday, February 09, 2015