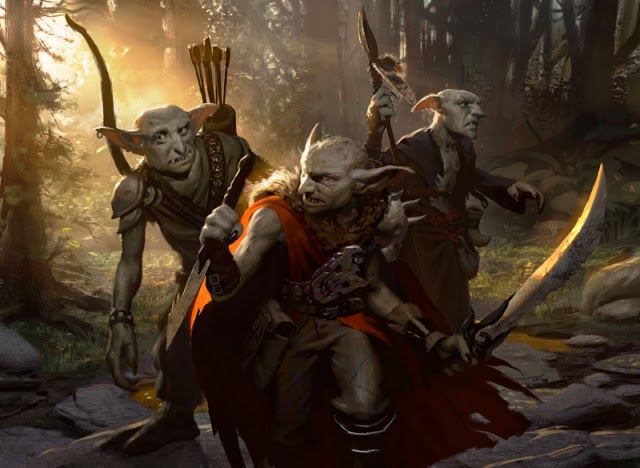 Note: Player of Acula had to slow down a bit gaming due to Ninja training b4 going to Japan and had several others left due to work shifts and leaving Australian immigration jerking around a players partner so need some new blood. Tonight Skinner Von Doom joined the party with a 7 foot 8 inch giant named Skull Crusher. Acula managed to pop in later and game worked out ok. But game in a bit of peril. Very hard to fit in new games at club at moment and too many games on not my cup of tea. DnD still to me about creating original fantasy and house rules over published twaddle by big companies trying to be contemporary (safe).

I lucked out at work and another worker i was going to share cut shifts with offered to go to another centre leaving me with more hours but i sweated for a few minutes. Applying for some management jobs so i can get rid of the shift work crisis every three months as Australia gets into Thatcher-ism and austerity. Also anti-science/poor/education with free fuel for coal mines, no penalty rates for workers, money for rich to have babies and the biggest military spending leap in countries history including war time.

I have 240 Caesar 1/72nd scale plastic fantasy miniatures which worked great. Include adventurers (plus a troll), dwarves, elves, undead, goblins and orcs.  Used a fat serial killer heroclix for giant. Will get set of lizard men, some knights and robin hood set for thieves and monks. Players appreciated. Almost have all the ancients I need (just want more Egyptians, Trojans, Mycenaean chariots and Indian infantry and elephants. Modern special forces, militia plus 20s gangsters next. Some vikings, saxons, rus and more roman era stuff later. Players really enjoy and cheap and portable.

Only 3rd dungeons with this 7th lv party

So while Acula, his wife Olga and devil worshiping priest went scouting Nahme and the Octopus sorcerer watched the hobgoblin camp guarding the valley where the ancient dungeon entrance lay. They Met Skullcrusher a young giant (only 11) with his gang of bandits and dog pack. They found giant as a six foot four year old and thought him a big idiot. He eventually got bigger and ate the leader and took his place. He is a expert with club and throwing rocks with a magic cauldron that removes poison and disease and a returning rock.

The Tako brought his one eyed eel bounty hunter chum and Nahme brought her boy thief, priest and bugbear. They glared down the valley, entering at high noon when most hobgoblins in tents asleep and guards would be blinking and dazzled.

A fireball from the octopus wasted the centre tent and singed the others killing almost 20 hobgoblins. Nahme flew over head with bow and the giant charged with his bow wielding bandits lagging behind. The rest of the hobgog crew leapt up to block the creek bridge on the road to the dungeon mouth. Magic misiles and arrows whittled away humanoids and the giant had fun smooshing the squishy green men.

As monsters crushed last few fled and Nahme flew after them killing them in the dungeon entry. Bandists and dogs left outside and Acula joined them in time to enter. Realized monsters had repurposed everything on first level as kobold spies said. Goblins of level two had been pushed down and the kobolds had been squeezed into the undead tombs and relic vaults the party cleansed and looted six months ago. Marched up to central chamber down long hall and archers and giant killed all the guards without a sound. Went to goblin area and scouts found a common room with goblin "day shift" socializing over a meal. Gobbos saw the Bugbear spy on them and he muttered something about being new in dungeon and lost and gobs told him to piss off. So Giant and bugbear came back in demanding fealty. Goblins bowed down but a boss heard commotion and sent in troops from adjacent barrckas. A huge battle raged with Giant smooshing gobbos and Acula and the Octopus shooting scores of arrows. As Ogre forced them back towards throne room, other party members went down other passages to kill stray goblins.

Theif boy started picking locks with priest to protect him. Acula and his orcs hunted some escaping goblins and found entry to kobold caves. Octopus, Nahme, Eelman, bugbear and Giant pressed the goblin guards right to the Throne room door. Giant bashed way through with a few tries and the kings Thoul bodyguards attacked him. Giant heroicly took many arrows and thoul scratches without harm as Nahme shielded him with spells. Thouls were new to party and the part ghouls-troll-goblin hellspawn surprised them. As they were regenerating the octopus hit them with fire shuriken. Finally the Thouls went down and the Giant pressed in with bert the bugbear and the crafty eelman at his sides. Giant tried to smash the king aand then tried to grab his crown and finally beat him unconscious causing the two survivors to surrender.

Nahme, her boy thief and priest checked out some side passages where treasure and important goblins lived. As monsters swarmed them Acula's orcs helped to wipe them out, then rushed to get his father in-law the kobold king to help.

Kobold king amazed his son now a might orc hero and offered him three more daughters to marry (not the worst this time). Kobolds and their dogs swarmed the goblin areas capturing stragglers and claiming the treasure to keep it safe. Meanwhile the hobgoblins on other half of the level escaped upstairs, dragging minuscule loot, prisoners and shrines with them.

So party totally took first floor and had a feast. Kobolds bought fermented dog milk for everyone! Nahme declined. Giant boated he was king here but Acula kobold kin disputed this. Nahme declared this was a holy reliquary and belonged to church who would reward us for liberating it. Kobold king happy to relocate to party dungeon under their village, already filled with kobolds from here.

All agreed they would smush Chondaru on the upper levels. Giant was told of other dungeons on way here he could claim. Hobgoblins, orcs and ogre on upper levels were a barrier to the Wizard tower on the top most levels. Chondaru the mystic was there in hiding from the party. Acula ,married the three kobold princesses cementing the party hold over the little creeps.

Finally the party were ready for the big push and had the dungeon under siege.
Posted by Konsumterra at Tuesday, February 03, 2015