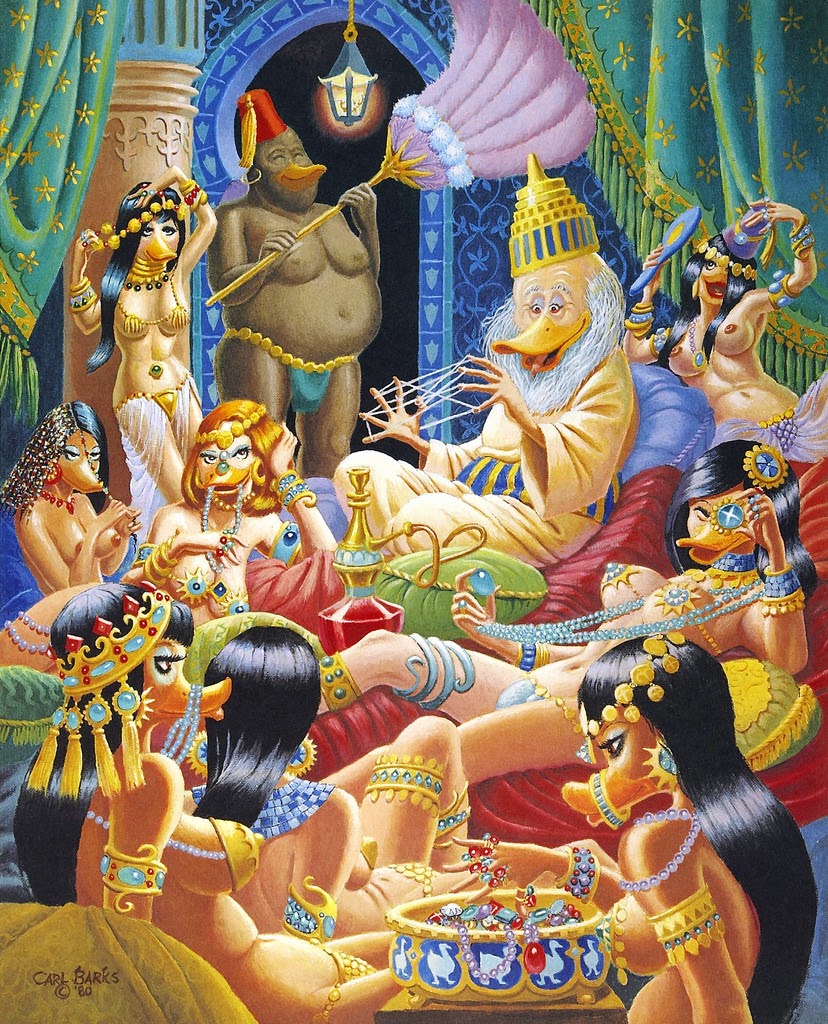 Now the company has the first level held the upper levels are trapped (excluding the wizards in the top floors - they don't care yet).

Acula has his father inlaw's the Kobold king's tribe doing most of the work with defences and traps forming a gauntlet to keep the monsters in. Kobolds from the party dungeon and orcs from Acula's gang have joined in too.

Skullcrusher the young giant (11 years old and eight foot seven) has adopted the goblin king as a flunky and surviving goblins are his thralls. Not as trusted as kobold kind but their shroom farming, animal domestication and archery skills are handy. Giant's gang of human bandits and dogs have a section near the front and are watching the front door of the dungeon.

Nahme the angel has had to remind all the dungeon will be restored to the church. Probably only reason she is fighting with a bunch of scum. Her bugbear, thief and priest companions as ever are by her side. The Tako octopus sorcerer is content with his one eyed eel man bounty hunter.

So Nahme, Skullcrusher and the Octopus with friends began creeping into the upper levels.

The level was occupied by demon worshiping savage hobgoblins from mountain tribes. Upper levels were still the more advanced hobgoblins with their king. Above that were ochre orcs made by the wizards. The humanoid kings were really mooks of the wizards. Directly in service to the wizards were the bugbears and ogres with a level each. After that it was all wizards right up to the great rock spire on the mountain peak. Nahme had scouted while in her winged angel form it and was wary. The wizards were preparing defenses and plans to kill the meddling adventurers. Humanoids were easily replaced.

So as bugbear and thief went up silently found hobgoblins treating a sick member of guard all offering advice and tips of folk medicine. As the thief and bugbear attacked, Skull crusher with his maul swinging rushed up and liquefied a hobgoblin to mush. The rest of the gang followed and the watch were all slain with a archer escaping. Followed archer and heard behind a barracks door grunting and boasting. Monsters were having a weight lifting contest. Party burst in and slaughtered them. Over 40 hobgoblins from barracks poured in to be slaughtered. Party had to cover different doors with the Tako in middle flinging spells and arrows in both directions. Nahme's half of the band were feeling worried when they ran out of targets and breathed a sigh of relief.

Tako getting annoyed at difficulty of room for fireball. The giant pushed forward while eelman behind him with a trident kept ducking out and jabbing hobgoblins. At one point the hobgoblins pulled aside and five archers pepped the giant with arrows ineffective. Nahme's spells protected her and the giant while the Tako was agile and well armoured.

Hobgobbos fled and party ransacked the dead and finished of a few more in the kitchens. A captured hobgob spilled beans and sketched level indicating the temple, barracks and the hoboblin chiefs throne. Undead crypts could wait. They had cleared the barracks and knew where boss and priests were. Was also some undead caves where angry clerics of the ancients dwelled.

Sneaked to the rear entry of the temple and killed more guards on way. Finally found backdoor with a cursed evil demon evil eye sign. Debated a bit, tried to dispel it and the giant tried to knock it down. He was struck blind. Inside room was a hobgoblin evil high priest and his two assistants who were very surprised. Giant struck one and crafty eel man jabbed with his trident. Nahme cast silence and the priest retreated outside area screaming for help. Temple guardians poured in while priest cast hold person. Captured hobgoblin joined the party as he had committed sacrilege and treason by aiding party. Monsters had heard rumour that the party were not so bad to captured enemies. A lesser priest fell and the giant and the octopi were paralysed. Heroes killed the guards and the head priest fled. Found treasure chests and room of demonic statues each with specific names. There were sucubi, vroc and even a balrog. The priest had tried to call them but failed. Nahme smashed them all and blessed the temple in the name of the good gods.

Opened locked trapped chests thanks to Nahme's theif boy and were thousand of mixed coins. Sub priests had gold arm bands. Found a magic dagger the giant got. A protection ring Nahme got and a strange black bat wing like cape with a dungeon map tatooed in inside was claimed by the Tako. Some bottles of poison too.

Party defensive spells waning and party had twenty minutes to flee before went down so they returned to lower levels. Half dungeon cleaned out. As each higher level smaller this would get faster.

Cape proved to be a necromantic relic that granted power of flight for one hour per night. It also had makers spirit who offered necromantic advice and asked the Tako to come to his dungeon tomb and take all his riches. All a bit suspicious of this. Aparently after thee uses the being could possess the wearer in times of weakness. "Oh Id only do it if you were unconcious or charmed or something" said the cape.

Posted by Konsumterra at Saturday, February 14, 2015