Babylon BRP: Into the Mountains 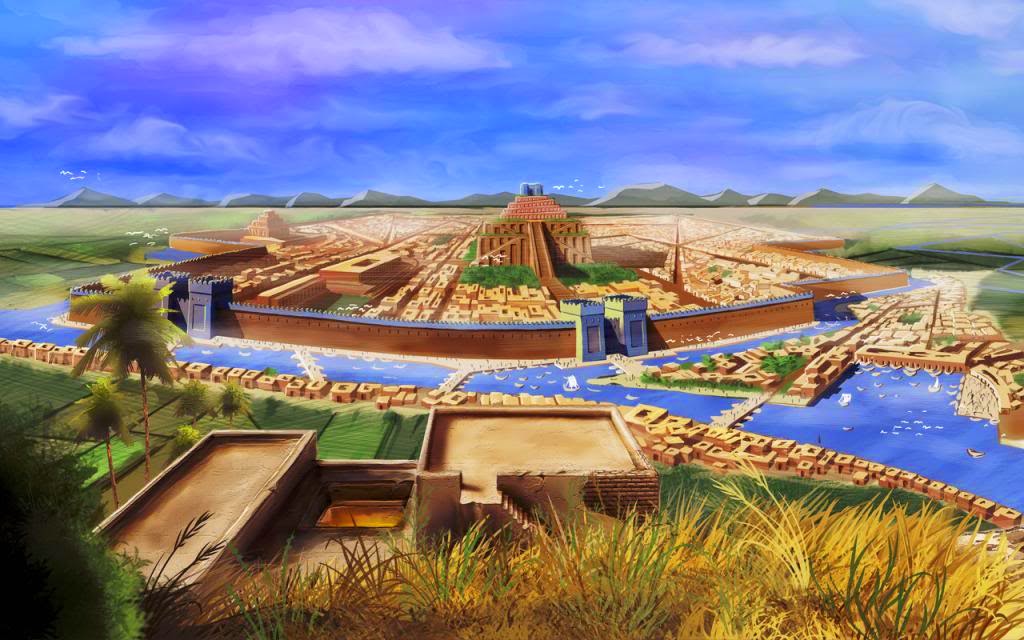 So the heroes returned from the desert cult and met king briefly. Spent some time with own cults and Sobek had to spend time with her shaman lover to heal her mental scars. As they are now big deal in their cults many began to hear more interesting cult secrets and magical practices that were previously secrets. A few dabbled in dark magic as well. Warned next year would probably be war down south especially in Elamite borderlands and some of the less famous cities.

After a few months the party gathered and decided to hunt culists at the kings bidding so they traveled to the Zagros mountains, sure that th minions of the stone giant Asag were there plotting to wipe out humanity.

So first few days under Impirial Chariot Corp escorts uneventful and visited some minoe cities. Then ino the eastern wastes on foot. Ignored wolves and animals till they got to edges of the mountains. Rough hilly country mostly good for wood, stone and barbarian scum. They saw a plum of smoke on a hillock and obek sent a dove to investigate. On hill was a ritual site with three witch women acompanying a hag with three heavily armoured bronze suits, the kind royal bodyguards might wear.

Got close and yelled out to announced themselves. Witches yelled back to leave. Iltani now a Ishtarian sorceress was geased to offer everyone her delicious beer. S young witch came down to tell them to leave and collect some beer in a beautiful ritual bucket. They hoped for some sign the women were evil. They were cultists of Ninhursag the great Earth goddess. Toth mumbled the prayer to call Asag to see if they responded with no reaction. Iltani having learned to be a great cult singer tried and got a stronger result but none of the heroes confident womens ritual was up to no good.

So they departed and went to camp. Late at nigh Sobek was awake and heard odd noise as did her pet terror bird. The fire was swallowed into a sandy pit and it expanded threatening to eat all. The heroes leaped to their feet and began striking it with magic weapons. The earth elemental was huge, over 12 cubits of dirt and stone threatening to engulf them. The heroes still had trouble harming the brute and armour piercing spells did nothing. Iltani knew it was shielded by sorcery. After the thing died everyone was sure cult women were up to no good and set off to kill the witches.

They charged up the hill, Sobek riding her cruel beaked bird ahead of all the rest. Some like pek split between runing and shooting arrows. Ariana took a side route hoping to get to cultists a bit more unaware. When both sides got to javelin range each hurled might darts. The three men in bronze plate wre wounded by Pek's arrows but the witches healed them several times over. The high priestess pulled back and lay flat to avoid missiles. Sobek on her bird got close first and took on a warrior finishing one who had been healed several times. A witch cast demoralize on her bird who fled so she jumped off. Pek called on Ninurta to carry him into the sky so he could shoot the hilltop cultists better. Finally Ariana with her slower path shot at a witch. The witches very depleted of power with defensive magic and enhancing the bodyguards gave last of their power to the crone. She used her power to turn Ariana's bow limp then did same to Pek while he was carried by his god's wind.

Finally the heroes were close enough and the last javelins and missiles cast. They overran the hill finishing off the armoured guards and killing all the witches. On the crone they found several magic stones on the priestess. They killed the cultists and Ariana beheaded them and stuck their heads on Javelins. They toppled the sacred stones and smashed and burned their magic paraphernalia.

For a fight that lasted about 12 seconds of mostly running, they were depleted magically and many wounded. Sobek's sheild maidedn had grabbed the terror bird. Ariana and Pek were distraught over the magic that rendered their bows ineffective. Iltani managed to repair Ariana's as it was magic but Pek's was ruined utterly. Pek scouted with his fly spell and saw a log fortress in distance with a Guti army in camp.

They returned to Babylon with the stones which they took to the Temple of Ereshkigal a only their cult could use the stones. The armour got high prices and the cult bought most of the stones bar one that had the power of resurrection once. The cult offered to hold it for party in future as needed. The stones and cult trinkets and armour made good money and the heroes took their tithes to their cults. Told the army about the Gutian camp and a thousand men marched off to destroy them.

Pek through his cult bow masters got a composite bow and a smaller bow he could carry on his belt and quiver.

After a month just before torrential rains due they prepared one more trip to the mountains.
Posted by Konsumterra at Saturday, February 14, 2015