Babylon BRP: The mountains of Zagros 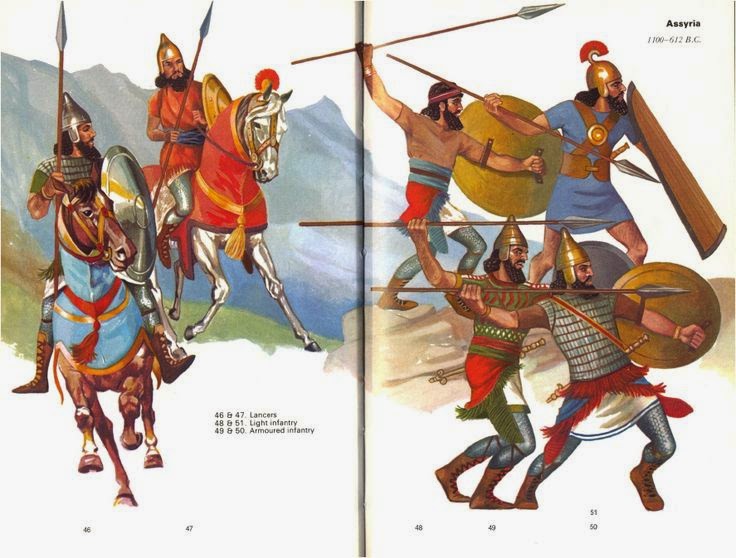 So the heroes again explored the fringes of the mountains looking for Gutian or Elamite trouble makers. Also hoping to find some of the rarely seen valleys of mythic monsters and secret things. Came across some Gurtia raiders and as Party had several former Gutians they befriended and recruited four scouts. Of course they went ways the scouts said were forbidden to man by mountain spirits. After several climbs came to high valley chain. Met a Satyr who said he was waiting for them Told them of the Gutian holy site where they had been receiving aid from Elam had a secret ziggarut where the diorate man was worshipped - a aspect of Asag the sone giant who led a rebellion of mountain stones against the lowland citiy folk. Ninurta destroyed him last time and cursed the stones with specific weaknesses.

The well behaved Satyr took the through mountain secret passes to where humans had never been. Finally ahead there was a greta storm that struck the mountain pass ahead with lightening. The rubble pile in between was blocked by a huge beast - the behemoth berried under a mountain by Ninurta when he battled the rebellious mountains. While storm raged Sobek went to speak to the beast and he explained he was busy here to stop mighty heroes from passing. As it chatted to Sobek the others climbed above and around with a few slips and a Gutian scout killed. Sobek was permitted to pass as he did not think the lone barbarian girl riding a terrorbird was a big deal.

Finally they met a centaur tribe who were willing to attack with them the holy sanctuary of the party enemies who served Asag. They spent time with Centaurs and Ariana was fliring with centaur king. The queen wasn't happy but Ariana used herbalism to abort her current child the son of her husband so she could become pregnant to the Centaur. She was also dabbling in the witchcraft of Nyarlathotep. Her god Addad would be displeased.

After a week resting, studying and frolicking with the centaurs the party planned to go forwards but were told of a griffon lair and a tribe of cyclopses who battled nearby. Party had met a cyclops son of Poseidon once but they were interested in robbing them. Found the majority of the cyclops men out trying to get griffins so burst in to kill a group of smiths at work and warrior guards. Took backpack loads of armour and weapons and carried back to centaur camp. Also took lightning bolts stolen from the goods.

Made some attempted prophesies. Sobek got drunk. Kull cast his dragon teeth. Toth huffed the incense of the death god. Sobek got drunk on palm wine. Ariana studied the winds and ripples on the surface of her divining bowl full of water. Warned of battle, loss and betrayal

Heroes rested some more and went to the Griffon's peak. They climbed up to peak with a few near deaths. Griffins circled them and Sobek spoke to them. Others offered them the gods bolts so the griffons landed and took the bolts. They gave humans golden leaves from who knows where. Griffins proved to be guards of the gods and offered to aid heroes in future. Also gave the humans one bolt but heroes thought it would be better to sell in Babylon.

Centaurs carried them off to the secret pass to the Guti holy place and looked down on valley. One end had hundreds of warriors camped. Other had a temple and a crude mud brick ziggerat. Party started moving towards temple when centaurs blew horns and began casting spells. The wild beastmen had turned to the side of evil and threw party from their backs and surrounded them. Kull resisted and was hit by a severe arrow strike. He called on Marduk to shake the Ziggarutt, damaging it and the temple and enraging the evil ones. Sobek riding her bird rescued her hand maid Hani from a centaurs back that the maid somhow held onto. The centaur Queen tried to run down Arianna. Toth called party to surrender. All carried to temple and disarmed into a cell. Weapons taken away and preparations were made to sacrifice the party.

All were gloomy at this and began new divinations. Sobek sent a dove to Babylon with Ariana wedding bracelet as a sign with a note on vellum. Sobek even offered to have sex with guards for grog as she was now a terrible alcoholic. She used the grog they gave her to induce her prophetic trance. All saw battles and doom ahead but Ariana saw visions of her god sending griffons.

Later Ariana tried to seduce guards offering them Sobek and her maid Hani. Guards began to debate this when Ariana put on a lewd show and the guards all set about releasing her with spears pointed at rest through bars. Kull grabbed a spear and guard fled. Others used bare hands and their advantage with armour to attack. Battle seemed like eternity but after ten seconds of struggle and guards screaming alarm, Toth ran free and into the room where temple loot was kept. Ariana and Sobek both fell from leg wounds but Kull's spirit healed them while he furiously tried to grab more spears without success. Sobek grabbed a spear from a wounded foe and gave it to her maid Hani then she crawled to back wall and tried magic. Others tried similar disrupt charms and delivered some wounds till finally party with weapons they were mostly unskilled with got some luck hits and finished of guards. Toth managed to dodge past guards grab his meteoric steel sickle sword then killed the guards easily. Several guards fumbled badly which helped to. Worse battle ever thought some. Sacked the store room of their own weapons and some gold and other weapons. Including a light flint mace and a flint spear, both ancient relics. Rearmed and ran out temple for ziggurat killing robed chanting holy folk as they ran up to peak where the local Guti king was consorting with a priestess of the earth goddess to call the god Asag.

Heroes volley of arrows and javelins took down most of the heavy armoured guards and the heroes burt in as hordes of Guti troops ran for ziggaratt as alarm horns sounded. Beheaded the king and hacked limbs off priestess before they could act. As they looted a ancient Sumerian harp and goat statue worth thousands. As they looked at approaching horde they saw flight of griffins come to save them.

Griffins carried them to the griffon peak and saw the escaped terrorbird of Sobek in a valley and took him too. He fluttered his puny non functioning wings as he was carried into the sky. In the griffin mount, they saw gods stash of treasure, griffon claw marks that spelled prayers to the gods in Sumerian. Was a shrine to Adad the weather and war god also. Griffins brought them fresh meat and party rested a week.

At end of week as they prepared to attack centaurs, a groat cloud and lightning storm came and all the griffins faced it. Party watched as the God Adadd came riding a skybull wearing a gold crown. The god was in his divine glistening gold and lapis military uniform holding a lightening bolt. All bowed and the god said he was pleased with them for killing the Gutian Asag cult. Ariana as a acolyte of the god bid he speak to her alone, She asked him to remove the centaur kings child from her and the god seemed unimpressed. He said killing unborn a base thing beneath him and told her she was callous. She was to bar the centaur and pay for her needles killing of her unborn child to her husband. He also told her to speak to Nyarlathotep the enemy of the gods and forsake him and the witchcraft she had learnt. She agreed as she had always hoped to have sex with her god. He told her she was impure and required ritual atonement. She took that as maybe later and admired the storm bull. Apparently her cult had secret rites to summon these beasts even bigger than griffins.

Adad told them the griffins would help but if one ever of the pride ever died helping the heroes they would never get help from the noble beasts again. The god departed leaving them with refreshing light sweet smelling rain. The would prepare for the attack on the centaurs. Kull went to use his divination to see if the dog he left with centaurs alright and discovered it had been dismembered and eaten. He was furious and determined to kill the centaurs. Sobek wanted to kill the satyr that brought party to centaurs for what was apparently a trap. Toth always wanted to kill the centaurs from day one before the betrayal. Monsters should just die.

Posted by Konsumterra at Sunday, February 22, 2015