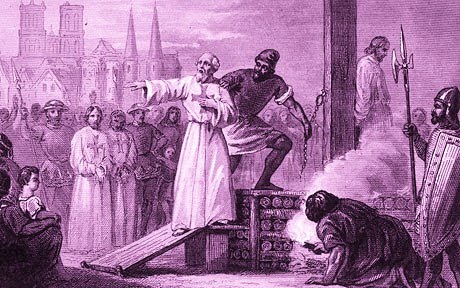 A Wizards Kiss Blog has posted a whole bunch of campaign forums on rpg.net. Some of the best inspirational reading Ive had since i got into blogger 3 months back. So sorry Ive been reading these for last few days and heck working.

My fave so far include:

Voices From Below and the Long Stairs
This is concerning superpowers operating gates to a endless dungeon dimension. Run by military and black science. Looting magic and xenofauna for study and profit . Typical DnD dungeon ideas subverted by alien characteristics. Boffins in the labs try to rationalize what is found. The world is changing to deal with our incursion and seems to be testing, taunting and limiting us. Our personnel are being changed too and our world is changing from black market artifacts and unauthorized entry. Alot like Charles Stross laundry novels crossed with 1st ed AD&D. Much of text is documents from staff - a great shared world.

A great setting i might try and run for a long session one off perhaps with BRP.

Subterranean Fantasy Fucking Vietnam!
The heroes are grunts invading a strange land, where they cant tell native friends from foes. Drugs, disease, madness abound. DnD meets Apocalypse Now. Hilarious, disturbing subversion of DnD race war. Some awesome lines. "Me so holy, me so holy, me heal you long time" and "I love the smell of flamestrike in the morning". Airborne wizards rain fireballs down on poor bloody infantry. Psychological war drama meets swords and sorcery. Some great little bits of fiction.

Will affect the way i run wars forever. Make good start for next DnD game and will feed into my Imperial Dungeon Corp idea.


Having the Imperial Dungeon Corp arrive on Island should be a good event and will shake up the land a bit. More imperials will be about but they are only here for dungeon loot for the civil war back home. Some will be hoping legendary justice and chivalry will be restored but nope. Not just dungeon loot but potion ingredients like monster parts are needed too. This will disturb the status quo of the old pacts and the monsters will unite under Tiamats banner as the mother of monsters. Her volcano will smoke again too. It is an entry to hell on the dino infested island next to Exile island. Should make life messy anyhow.

I could imagine orders like the Templars attacking dungeons with siege armies. Driving out the foul subhumans and restocking labyrinths with barracks, store houses, banking offices and tax havens. Turning a dungeon into a private prison would be good. Think of the vice, ransoms and bribes you could earn.

My last DnD party included a Bugbear as in the orcs of they book. With his goblinoid charisma he could control many humanoids. When clearing out the intro dungeon they provided labour, health care, food and weapons to the survivors. This was the parties base and the others liked having gobbo serfs and labs. The elf had her doubts but gave it a shot. When in the Caves of Chaos the bugbear burst in on the bugbear clan leaders bedroom via their secret escape passage. But shock! They were his long lost parents (He was adopted by hobbits as a lost child). He killed dad and took command of the tribe. Mum was keen to help him and find him a pretty bugbear maiden. The party wizard took up necromancy and made zombie workers now society couldn't witness or judge him. When the party looted other dungeons they stripped every thing by the wagon load. Even mined dressed stone for their own complex and built defensive walls for villagers, thus demolishing other dungeons. Happy, simple times.

Im pretty sure if i was a goblin or kobold i would live in tunnels made to be hell for humans. 5 foot high tops. Heck one foot wide except for bits with murder holes, arrow slots and cover for spear men. Im pretty sure if my tribe faced extinction id make a pact with a dark god and sell my tribes souls for help.  Pets are good. A back up burrow type lair bolthole is handy if the dungeon becomes too tough.

Dungeons are not just loot holes where you can murder troglodytes. They are more like a castle or village. Dynamic living environments with eco-systems. If mid-crawl you go training for 3 weeks  and return anything could have happened in your absence. Monsters can call in kin, or call their gods, new beasts might move in, spectral haunts arise from where you butchered those goblin women and children. Some wizard might move in and use as a base for evil with built in hench beasts. If you dont restock the dungeon think about who will!

Posted by Konsumterra at Friday, December 07, 2012