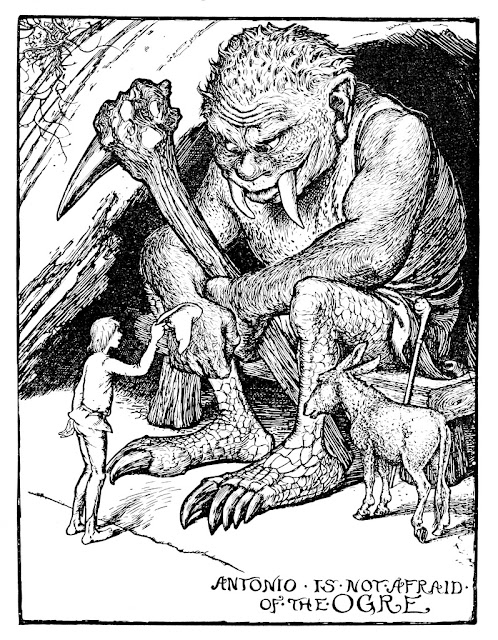 The original thread - or rather where i am now
http://forum.rpg.net/showthread.php?391379-setting-riff-Voices-From-Below-and-the-Long-Stairs/page115

To sum it up cold war power plays over military controlled gates to a dungeon dimension. Been exploring since 50s for xenotech, xenofauna and xenomethodolgy (spells) for use in above world. The underworld tests and changes explorers in strange ways. Stargate vs oldschool DnD.

I still wonder if it did get a pdf book done but im still enjoying reading this.

BRP handle real world stuff and keep gritty. Could develop level like qualities when in the dungeon and let add little details by increment. Dungeon Lore would work like Cthulhu mythos and the san mechanic could track integration into dungeon land.

On other hand DnD would be simple sweet and has all mechanics I need.
Plus a few skills...

I considered first characters could start either:

Behavior in play determines what character class the dungeon inflicts on you. Xeno-languages might be imposed on character enabling them to read spell books and remember spells. Men may train themselves in what they think will help them in the dungeon becoming rogues or warriors or priests. Some may become hybrids - becoming elves or dwarfs or half folk.

Many games set in Australia are pretty lame and borderline offensive. Australian Aboriginals do not live in a new age wonderland. Many are christian. It was legal to shoot them till 1972 in Queensland. They were not Australians or allowed to Drink till a referendum in 1968. As you can imagine they are not too pleased. Many live in third world conditions with higher infant mortality and rates of imprisonment than whites.

The military have long used Aboriginal names and images, mostly without permission. Supernatural beings and artistic depictions of them belong to certain peoples and they dont appreciate having art ripped off, altered or faked. The wrong people using their art may grow ill or die for using others images. Books with facing pages of Aboriginal art from different regions upset some people. Last edition I read of Masks of Nyarlothetep tried to claim Aboriginals dont call them selves that, instead using a east coast tribal name usually referring to specific people of a region (there were over 500 languages before whites arrived). Modifying aboriginal art in rpg supplements would trouble the traditional arts owners.

Normally I find Aboriginal content in games or comics a problem. Films like Fern Gulley putting European and white faeries (at least on dvd cover) in Australia is kinda a problem for me. But using acual Aboriginal myths is a bit of an issue for me too being a honky. They are a pretty scary bunch basically and probably not too happy. So if i use any content like this i will do so mindfully and not try to explain too much, just keep scary.

The first thread mention recommending Australia for the setting wanted a gate under Ayers rock controlled by an Aboriginal nation. This all seems a bit too nice and the only things of value Aboriginal have is what they have been aloud to have or fought for like Mabo hearings.

One thing the thread missed is Brit nuclear tests in 50s is South Australia. As nuke test sights make gate weak points this seems a better choice. Maralinga is a huge area bigger than many nations and closed to public (3300km square). Rumours came out in 80s that there may have been more than one and up to 10 tests (7 reported in 80s) and that Natives may have been not removed from the site as they were supposed to have been for obvious sinister reasons. So a gate in Maralinga with the Woomera rocket range and the American Pine Gap base all a plane ride away is very handy.

On 27 September 1956, Operation Buffalo commenced at Maralinga, as Emu Field was found to be too remote a site. The operation consisted of the testing of four fission bombs, codenamed One Tree, Marcoo, Kite and Breakaway. One Tree and Breakaway were exploded from towers; Marcoo was exploded at ground level and Kite was released by a Royal Air Force Vickers Valiant bomber from a height of 30,000 ft (9,144 m). This was the first launching of a British atomic weapon from an aircraft.

Operation Antler followed in 1957. Antler was designed to test the triggering mechanisms of the weapons. Three tests began in September, codenamed Tadje, Biak and Taranaki. The first two tests were conducted from towers; the last was suspended from balloons. Yields from the weapons were 1 kiloton, 6 kilotons and 25 kilotons respectively.

British and Australian servicemen were purposely exposed to fallout from the blasts, to see what happened. The local Aboriginal people have claimed they were poisoned by the tests and, in 1994, the Australian Government reached a compensation settlement with $13.5 million in settlement of all claims in relation to the nuclear testing. Previously many of these facts were kept from the public. My friends dad was one of them and died in the 90s from cancer.

There is also a retro test reactor maintained in Lucas Heights NSW basically maintained so we have a say on international nuclear energy committees. As among biggest traders in the world in radioactives having a say over the product use is considered in our interests. Lucas Heights makes radioactives for medicine but could operate a gate. 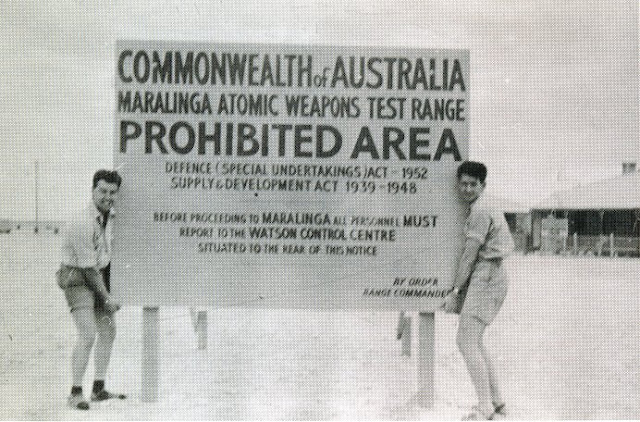 So my dungeon entries are in Maralingga and possibly Lucas Heights as a back up and kept closed.
Protestors and others are occasionally drawn to the forbidden zone. But its extreme isolation makes control and security easy. Some land has been returned and Aboriginals have resettled a supposedly cleaned zone but contamination remains. Population is from 25-1500 seasonally without basic government infrastructure.

Some areas of the local dungeon are of a local architectural style and are wind blasted red rock with sand filled caverns. Ancient megafauna and fearsome spirits reside. Some alien remnants of The great Race ruins from the HPL's Shadow Out Of Time story. Other more standard dungeon areas exist.

American and Brit advisers are on site and often serve in squads and science tams. Some Japs have been through with Australian crew. Indonesian, Malaysian and Indian troops are sometime brought in for training. A number of soldiers on duty are of Aboriginal or Torres Strait Islander decent. Many personnel from non English speaking backgrounds and multicultural backgrounds.

As the Australian Rainbow Serpent program has always been international and their civilian tech excels at communications infrastructure and mining. They have a big geosurvey and telecomuications component to their force. Drones have been utilized as well including balloons, copters, bomb drones, gun drones from backpack to dodgem car size. Smaller drones can be carried by soldiers. The most sophisticated copying insects cope with stairs well. Some don't cope with stairs or go one way. On first level the Australians have dug in and use bomb and gun drones to cover their telecom stations. The Maralinga gate is Walkabout and the Lucas Heights gate is named Dunny-Door (dont let the door hit you on the bum mate!).

Dealing with Down Below

Lizard men, troglodytes and dinosaurs abound in their territory, but a major goblin delve and undead crypt zone are close too. Australians tend to observe rather than shoot first. Engaging only with positive ID or orders or in self defense.  Squads pull back if personnel injured and support units move in. Thus survival rates have been higher than US. Australians have reached US basement territory on foot.

Many enchanted xenotech and xenofauna use stone age technology, without bows or slings. A number have been cursed but others harm undead and supernaturals like xenomethodology blessed items. Armour is rare but simple shields abound. Firearms using charged ectoplasm gel rounds have proven effective. A Tilenghast resinator makes spirit entities and hostile ones visible or the frequency can block them from entering a shielded zone.

Some relics of peculiar stones, tools, quartz crystals wrapped in balls of human hair can also repel unwanted spirits. When taken to the South Australian Museum for study a host of Fortean phenomena occurred when the relic resonated with the largest collection of such artifacts in the world. Indigenous Methodology has been tested vs xenomethodology with mixed results. The Top Brass are nervous about this research now. Pre Homo Sapiens tribals including so called "hobbits"have been mostly hostile but several personnel were captured by them and have gone native. Some have done so more freely. Lizard men have adopted human weapons and can sniff out any human caches. Serpent men may have superior technology but it is incomprehensible to us. The goblin mines are swarming with goblinoids and other humanoids act as elite troops. Some have been recognised as simular breeds to other gate points but have different tribal markings and skin colors.

Dwarves and gnomes have been traded with and locals always value food and beer.

Goblin Mine
Remnants of ancient mineworks filled with goblins
Ever burning candles and lamps requiring a human sacrifice to create light the area
Mysterious gems, crystals and mineral found, gold and xeotech rich.
Traps and dangerous terrain are common
A Russian outpost from the 50s found buried, now a goblinoid HQ

I'll probably amend this as i keep reading more
Posted by Konsumterra at Thursday, December 13, 2012