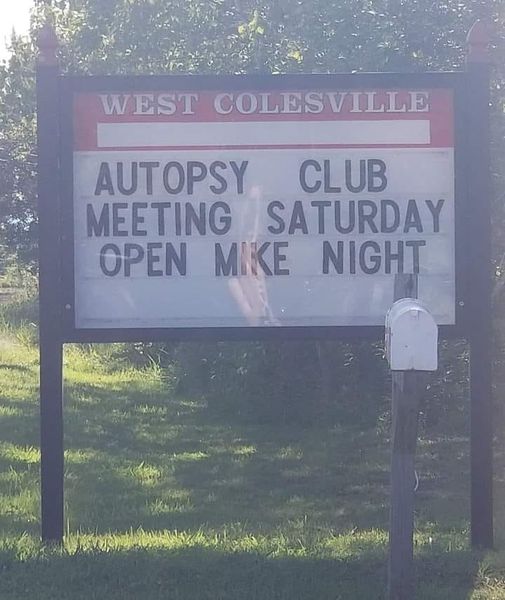 Had some reading time of late while my net cable was cut for 17 days and they say 28 more days. Also, my daily dose of the fallout has diminished quite a bit now all my settlements maxed out and all costume themed (military, chefs, labcoats+goggles, suits, long underwear + bowlers, robot skins, greasers, miners) my enthusiasm slowed. Been selling some books. My new zine lost me subscribers but got nice comments. Vol3 is almost done and some other things I'm looking at working on but am back to making stuff in print.

Midderlands Stuff
Still my favorite setting I would actually run or port from. Firstly the Midderzines have been great and answered many questions I had about the setting. I've been tempted to write stuff for it even. The non boring magic items series is the best such lists/tables on magic items ever, better than dnd books sorry.

Folk Magic of the Haven Isles
https://www.drivethrurpg.com/product/316831/Folk-Magic-of-the-Haven-Isles
All my players who saw this were quite interested so I might try it out in a future game with Courtney's http://hackslashmaster.blogspot.com/ stuff on spell effects. So these are mods for basic dnd retro-clone wizards to make them more interesting. Lots of good stuff for encounters or village magicians to be very different. It's a slim digest with nice art and a fine folk horror vibe.

Behind The Walls by John Large
Adventure for osr dnd clones and fits well in Midderlands with notes for that setting. Almost a Call of Cthulhu adventure as it has a very horror feel. A village has had someone meddle in a ruin and uncover a buried ancient horror. Lots of cool mushroom stuff and normally I h8 die drop tables but the mushroom one on the back is one of the best ever. Lots of charming NPCs and grisly investigation scenes. I like it a lot and am keen to use it without much change.

Murder Knights of Corvendark
Another work by Glynn Seal the creator. The cover as POD is hard to read on my copy. Inside is quite pretty and has nice maps and player handouts. There are lots of great things here. Monsterous murder knight crow men who obviously have been transformed and might not be responsible. A weird dungeon with possible planar influences and curses. Its very good and you could possibly run in Pendragon RPG. Id change the requirement to destroy standing stones as its a bit too common a trope and its on the rise in the real world to destroy prehistoric monuments so that's just me and I will probably have crow idols buried near the monuments to hijack leyline juice for crows. The villains are very horrible and the dungeon is hella spooky and atmospheric, Ravenloft might even be a fit.

The Midderlands Rivers & Lakes
This is a slim book that adds to the descriptions of Haven Island. As per the setting descriptions, many imply possible adventure and minor interest without going over details which have killed numerous official settings for me. You can blink and miss this but it does add to the existing lore.

Dungeons & Dragons Companion Box Set
I also got mint copies of the D&D companion box so I have 3 to of 5 now, no boxes and most terrible condition. I have had the Cyclopedia so no surprises here except that this box does what dnd didn't and that provides domain and wargaming rules in core rules. Lots of great artwork I had not seen High Elmore. If this box came out months earlier I would never have played AD&D. Mostly its spells and monsters for high-level play. Now I just need an Expert book and Masters ones. I have the previous editions of red and blue BX I still use with kids.

Others
I also got Prince Valient a very underrated story game with super simple rules.

Warpland and Nurocity are both enjoyable and I am working on a proper write up soon.

Had a good read of Call of Cthulhu hardback edition of Mountains of madness. Inspirational but not much art of city and very crude maps. Its brilliant but an overwritten railroad and lots of it will feel like a script. Still one of the better RPG things ever. I'm guessing when it gets updated they will do art and maps better. Even if all dialogue in bold-italicised would have helped. I had lots of dreams reading it before bed for a few weeks and for that I endorse it. There are elements that drag out story more I'm undecided on but it gives players something to do other than just look amazed and die.

My Dragon and Dungeon Mag collections have grown a bit and I have a bunch or repeats by accident which I flipped easily but I might look at some of the issues. Some had some innovative ideas in mapping and some good humour.