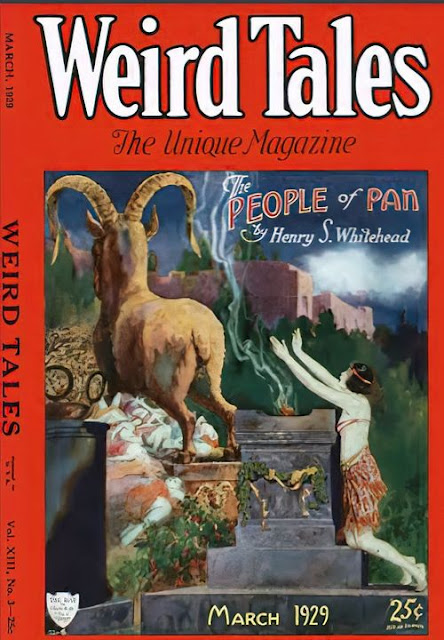 So we had date with gang all together (3) and Dallas could make it but he ended up with car dilemma so JB & Richard continued from what is possibly 6-8 weeks ago. But these are the laments of the older dad gaming world so we went on without our 18th lv fighter.

The elf started burning wishes on lowest stats as the flying castle headed for the Tower of Terror. Cutter McGuffin the magic boy wandered bout reading books in all languages and asking questions about the nature of wisdom and other stuff.

So Lanos the giant and Sourberry the elf alone went in as best followers sent to aid the elf queen (hoping to run followers adventure soon). AS castle came near it was unbalanced by a stonewall someone cast on the edge and Lanos rushed off to pilot the castle and made a high speed safety decent plunging thousands of feet. Sourberry turned the rock wall to mud and it oozed off the flying castle and a red dragon tried to cast polymorph to goat on him. But he instead of striking back turned into a red dragon and talked in the auld dragon speech. He made a promise to not steal her loot or harm her children and spoke. Got to meet the five younger 10HD dragons, one asked "is this is our new Dad?" Made a deal to explore the volcano and give her half the loot as she knew it was dangerous.

So he turned into a bug and flew deeper into the volcanic depths under the dragon lair and saw various ledges. Was a huge magical flame on one. Teleported back to the castle and rested then came back with Lanos. As soon as Lanos touched earth the fire turned out to be a gargantuan fire elemental noble and the party took a few rounds to beat up on it. Lanos has a fire salamander skin cloak so did better vs fire. In volcano bottom was Efreeti with pet salamanders and Lanos banished an efreeti who was acting more powerful than he really was and evaded the remaining pet salamanders. Met these metallic spheroids of law in volcano and Lanos being super into cosmic law got along with them. There was some invisible gorgons but Sourberry flew over them and was immune to gas from a necklace while Lanos killed them on the ground with a few hoof stomps. Invisibility helped the brutes for initiative so got in a few hits. Thew was a tomb full of revenants (I made 8 based on the characters pregens in module) and the players had to teleport away but killed the magic user and thief. Returned again and Lanos finally got his holy ray off and near killed a few more and with sourberry flying about bug size was magic missiling the crap out of the undead. Requird bodily destruction and heard screaming solls leaving the plane. Realized the bad supernatural forces were controlling all the monsters and even tricking spirits of the dead to serve them.

So they got the noble adventurers stash of weapons and sourberry got +4 elf chain so was finally in the hard to hit club. Rings and potion in the hoard too so both guys got protection rings too so biggest armour up in a long time. (Ive maxed to hit and AC both at +20 for mortals and 20th level mortal max). They found part of the sword and went back to the seer island crawling in monsters trapped in walk cycles and looped behaviour ignoring party. Inside the suspicious sage revealed the truth about the magic boy and the sword and the party attacked him only to find they couldn't hurt him while the seer summoned monsters. So killed and drove away sabreclaws (demon things that share HP in colony), storm giant, green dragon, an elf, gargantuan hellhound and a beholder which stoned and disintegrated Sourberry (first in-game death milestone and later he got better). Lanos did rescue the blade by grabbing it and when he fell the sword attacked the beholder killing it and the evil sage couldn't hurt cutter the sword so fled.

So recovered and got largest treasure haul ever. All low-level followers would have magic stuff. Sourberry mostly wanted the arrows. Lanos got returning javelin and as lawful was fit to wield cutter while sourberry bell short (chaotic good). So onto the heart of the river part of adventure and Souberry made deal letting dragon keep most of the useless cash in a world mostly in a stone age. Of course he helped out the dragon widow and has no interest in his new kids. She even turned into an elf for a bit but she was pretty evil.

On way to the next part of quest were attacked by Roc, 2x 36HD, 4x12HD, and some smaller ones. Sourberry charmed the biggest and most of the smallest were blasted to bits. Lanos airwalked about in circles trying to catch them and throwing his long saved magic rocks at them. A medium one was turned into a goblin by sourberry and it fell to its death. Managed to save the bigger ones and got the druids in the castle to look after the lawful but corrupted beasts. The castles griffons were not pleased. The source of the river had some kind of complex which they ignored, of course, used magic to go up the drain and encountered stuff is not quite in order but killed a dragon turtle,  Another beholder (filled its lair with fog and used a magic mirror to beat it) and some other monsters fell and they used the cutter to kill the evil heart tainting the elemental water gate from delivering pure water into the world. I changed module lore a bit so the evil taint was working to keep the world in ignorance and violence and to restore the long night where monster kings ruled. At this point, I'm fine with bigger stakes and unlike Mystara the basic D&D setting I don't have thousands of 36th level wizards so room for heroes to be among the best in the world currently.

I did a few changes and as I weakened cutter and his McGuffin powers over I let Lanos keep it and learned the boy was a soul of a demigod. Lanos also made friends with a law-sphere thing and a medium Roc. Sourberry changed his class to a changeling who can morph into a shadow being as a way of tricking the gods who seem to be angling for his divinity. He recruited a shadow servant spy and set about using his wishes to hothouse the party.

A few months later everyone's lowest stats become 15. I'm fine with wishes doing this but cost more as the bonus goes up. Basically if easy to grant common wish it's not much trouble but weirder stuff with more effort or energy the wish giver gets a save to be a jerk fulfilling the wish. I'm fine with wishes accelerating campaigns death at this point. Never thought this stone age game would work so well or last so long.

Returned the castle to their home cave colony and settled the Roc in their mountains. With air superiority, they explored all the great mountain ranges, traded and shared technology. Did have to make deal with Blue Dragon next door and got him to treat slaves less work. The neutral Hydra cult from this relationship did spread into the party lands. In-game they have gone from middle stone age to early bronze and half the tribe are now orcs. Quite a few monsters they befriended live in the tunnels under their sky castle and under their villages. Dwarves reluctant to join in as NeoOtyg dug the tunnels in return for feces which dwarves just don't. Borax is living as king at his Ziggurat in red ape valley with his family of law-sky god cultists and griffins. Orco the wizard operating his schools and spreading wizardry in the northern wastes and making new improved super orcs and abhumans and other monsters (his name is just a coincidence). Actually, it was Orco who wished to bring poor disintegrated Sourberry back then had to un-petrify him. Lanos has done well with his feather fall and airwalk magic but having a 12HD roc mount will be handy as everyone else has had griffons for 2/3 of the campaign.

We do plan to do a followers quest and some god meddling stuff coming soon. During this adventure, they managed to be pawns of good gods and law vs a bunch of dark gods and made a personal enemy of a gargantuan hell hound in the netherworld and some dragons and a storm giant.

I like this module quite a bit. Any other companion or masters et adventures worth a try? I'm only just looking at them really. Is railroad but the foes and treasure kept players worried plenty.