Wizards try this one simple trick 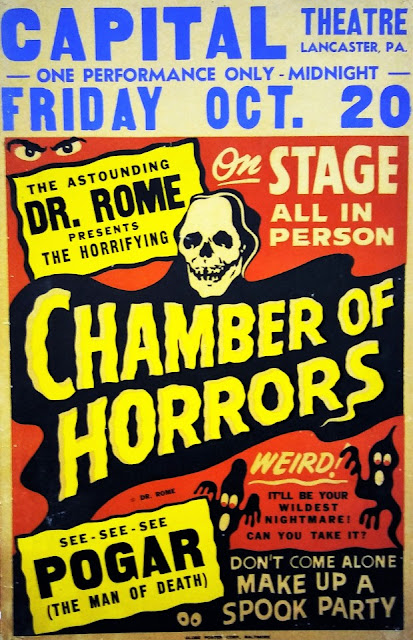 So your an innocent wizard breeding monsters in your underground bungalow and some local noble keeps sending adventurers to kill you so its time to bet busy. Time to get the monster crews together with a feast and war meeting and get your allies and factions organised for an attack on the lord's manor. These simple tricks might not be fireballs but they will get you a reputation as one of the meanest demon fucking wizards and keep people away.

Any monsters with a gaze attack airdrop in with a feather fall.

Basilisks and cockatrices are good because any good wizard has a few around and they are easily made with alchemy and forbidden lore.

A medusa gets grumpy and objects and is too smart but you might give one lot of defensive spells and let it sneak in invisible to do some killing or hit a guard tower or gatehouse. They will want payment. The weaker sort are better to work with and more human. The big snakey ones are a bit too cunning and evil and best not mix with divine monsters.

Gorgons are trouble but if you can let one in an enemy fort they will cause chaos but if they kill everyone they are trickier to deal with when you want to occupy it. Gorgons are a bit stroppy like bulls with basilisks and cockatrices are a bit slower.

Basilisks and cockatrices from wild are alright but avoid the big ones wearing crowns as they are seriously cursed beings you don't want anywhere near you. Perhaps dupe some adventurers to kill them.

Modern new school wizards make monsters with only limited duration certification which is a bit lame because it removes the threat. Being stoned is better than dead and you can be revived by magic (hopefully your intact and not broken or eroded by ages) but it costs beyond what most will ever dream of. So the rich might pay but generally, a stoned person is considered dead by law. Temporary stone monsters mean any bunch of peasants could overwhelm it and win and they could all survive. vs being garden ornaments in a monster lair. And you know when they do kill the beast and save a few petrified victims they will save the rich first and even then you might be skipped for reasons. In some lands returning from extended absence or death will make you a non-person with no property and your peers will probably kill you.

So catapulting in basilisks and cockatrices is good but here is the next step up.

Capture a gorgon or catoblepas. Possibly use zombie labour crew to resist its poison.
Build a wheeled apparatus to restain the beast with wheels. A bog over the beasts head has an eye slot and a lid that can be closed or opened. You imprison the beast in the device and the crew steer it from behind. When you see enemies in front, especially when you explode a gate with a spell first. Open the eye slots first so it sees enemies it believes are responsible for its condition and is enraged. Then open the lid over its face so it will use its terrifying powers on incoming enemies. The beasts gaze in such situations make blindsiding the beast impossible and operators can defend the confined beast. Some roof over the beast and crew made to be fire and arrow proof.

In the olden days when wizards were bosses, this was commonplace and trained monsters used to this became more manageable especially if fed and kept in an acceptable lair most of the time. Breeding opportunities may make the beast more cooperative, perhaps let it feast and mate after a battle so it begins to see value in cooperation.

The beast with uncanny death gazes are worse than the ones with vile fumes or certification so best work with a zombie crew and practice the routines needed before trying them. Perhaps polymorph some rat into a monster without its usual magical abilities to reherse.

It is worth mentioning when someone invades your dungeon and goes home for a nap you know they are coming back so quickly act to unleash havok over the common folk so they blame the adventurers.

In longer-term good to seed some rapidly breeding monsters into the area of your enemies. Stirges, goblins, giant toads, a werewolf can help grind down local resistance. Be prepared to help your monsters and replace them if killed a few times which spreads more terror. A local cult can easily be encouraged by sending an apprentice to infiltrate them and help them with magic to rise the ranks.

Monsters like bugs and spiders can be good because they breed well but beware you can start a plague and depopulate a region and that can end up hurting you and your monsters. Luckily if confined they eat each other and this encourages the very biggest. One of my goblins learned the art of miniaturising giant spiders by keeping them in a pot or tiny cage so you can keep a big one and then raise her babies in various containers so you have them for various jobs like putting in chests or village privies. Goblins travelling might take a chicken size spider in a jar they feed tiny bugs to and when they eat it put pot in a fire. You see these pots in goblin rooms in my dungeon and a few goblins hide their coin in the pots.

A gradual increase in spiders you send to an enemy in size is a good morale breaker. Send some goblins to leave eggs under villagers houses or barns or sewers. Giant bugs and critters can always be fed to other dungeon monsters so your goblins can farm bugs of various sizes to feed increasingly bigger creatures. Goblins have the know-how to spread and grow giant fungus helping to feed some creatures and you dungeon crew. They are part of a self-sustaining dungeon and you will attract some of the giant bugs you might want to domesticate. Shrieking and explosive fungus traps are very useful too. Half of all chests need a bug or a snake or some dangerous fungus in it. Use shrieking mushrooms sparingly as the constant false alarms your crew start getting slack.

So in conclusion your smarter servants can help proliferate and control dumber monsters as weapons and part of your dungeon economy if done well. Poorly done and your intelligent monsters will be eaten and the land blighted making you move inconveniently. There are a few famous books on dungeon management worth reading before trying new things so take your time and perhaps hold off on the murder and killing for a while before waging war. The right mix of monsters together will keep your frontier in the grip of chaos and keep civilisation where you want it.

Tips from the Wizard Konsumterra from is book filled frog dungeon.
Posted by Konsumterra at Wednesday, October 06, 2021