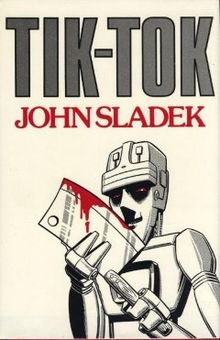 Robots are one of the fun opponents of stranger sf apocalypses. Personally, I recommend 2000ad comics (Robusters/ABC Warriors especially) and John Sladek (the best SF robot philosophy guy). Many robots are simpletons living as if the apocalypse never happened as best they can. Many over some time have upgraded and improvised themselves and operated beyond their warranty period. Many have developed interesting personalities and mannerisms and many towns have a robot district where free-willed robots and their less optimised kindred dwell. Sometimes these have signs of poverty, beggars needing a recharge and even gangs of robots. Local robot towns may vary.

Maybe I could do android cults