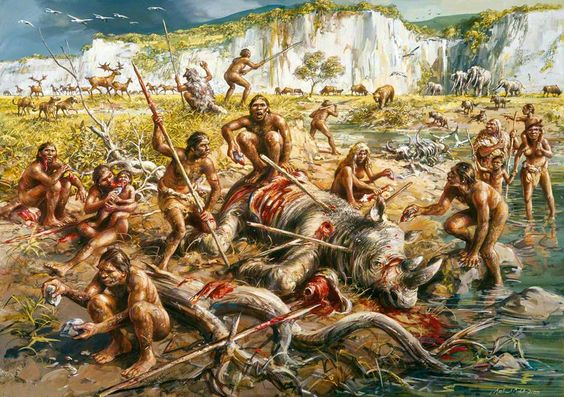 So here are some encounter tables

Thanks for all the comments most I've had in a very long time and inspiring me to do more. I've run one trad euro fantasy dnd game in a year so hard to be inspired by that genre. Will probably knock all of this into a booklet some time.

Hills and mountains
Cold and windy, rough terrain with lichen and mossy rocks, grassy sloping valleys, streams, pools, lakes and waterfalls. Animals, plants and fungi to eat, not as many yummy bugs to eat as other places.

Forests
Foothills around mountains and many valleys are forested with thick ancient woods. The forests are fearsome and unwelcoming, the domain of faerie folk and tree spirits who do not like humans. There is lots of food here and things that will eat you. Fungus, acorns, bugs, berries are common. Some forests seem to be growing faster than normal.

Tundra
Grass, fungus and moss in places with permanent frozen ground to the north. Swept by cold winds. Food from seeds and animals is easy here but many animals are dangerous and in large numbers.

Elder Ruins
These areas are mostly blasted heaths, destroyed long ago when the monster kingdoms and age of darkness ended. Nothing good lives here and most shun such places. Evil wizards come here seeking arcane lore. Occational survivors of the monster peoples dwell here but most are degenerate weaker versions with only a few rare ones as mighty as the ancients. Food is scarce here but even wandering such ruins might awaken the living dead or hibernating horrors. Animals fear it. Humans feel dread but babies and children cry here.

d12 Rare
1 Living statues often in pairs guarding entries into ruins
2 Sphynx or lamia living in seclusion with tablets of forbidden elder lore
3 Degenerate mutant beastmen servants of the monster kings of old
4 Elder beastman wizard or priest with degenerate kin slaves
5 Spectral minions enacting ancient scenes, 1in4 are armed and can fight
6 Wights, evil warrior servants of ancient necromancers
7 Shadows lurking in rubble come out to feed on living
8 Undead servitors of monster kings mostly zombies but 1in6 ghouls
9 Grell lurking in a deep well comes up to investigate intruders
10 Lich with undead servants seeking lost tablets of lore
11 Shoggoth or dark spawn or deranged elder thing gibbering in a pit
12 Demon or devil or daemon
Posted by Konsumterra at Wednesday, December 11, 2019