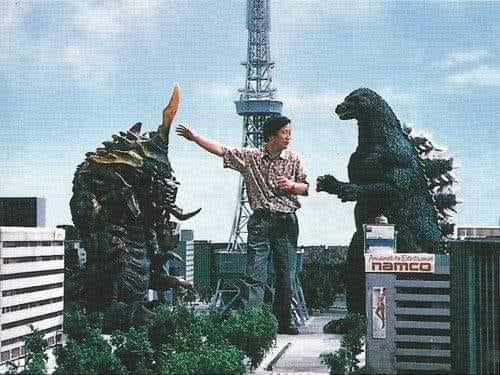 As
Blogger slowly dies and I feel increasingly cut of from other creatives I spoke with daily on G+ I thought I'd look at some of my bigger projects. I'm trying to finish off my 22 unfinished blog posts but I'm not feeling terribly creative and struggling to play any games. I tried being to have more engagement as experts recommended but failed. My Cthulhu Game has been most successful and hoping to alternate it with a Planet Psychon game. I was hoping id see friends more in holidays but it turned out opposite as most have kids while i just work with them and get to give them back.

So it is hard being motivated to write dnd stuff when I'm only playing a few games a year now. I have considered moving in new year to Sydney or Melbourne but will see when my legal dramas end and then my course finishes and I have an income again. Art is a limit on many projects too and my artists are mostly busy and not up to my schedule.

Two things I hope to do in 2020 is a Kickstarter for planet Psychon and do some Call of Cthulhu (edition neutral) Miscatonic Repository stuff like a box of sandbox tools. I frequently think of shutting down this blog and Patreon often but have not yet.

While i can write stuff and have ideas my dyslexia holds me back quite a bit from finishing things to my standard. Even stuff of mine published and edited I see mistakes in. When I managed a newspaper I would have 30-100 people groom my work but it has proven difficult with my gaming stuff. Also I could write 10-20 more things in same time as I take to clean things up.

So here is a look at some of my unfinished things where I can consider why they died and if I might work on them again. Let me know in comments if I should pick up any of these torches sooner than later.

EMO BX Clone
I have had lots of game play with this in the last year with my mostly finished version. I'm pretty happy with it and it was played well. The first basic book is done and most of a second advanced book. A basic monster book with animals and simple monsters about half done. A book combining the first two books with some extras would be likely. A second monster book with longer monster descriptions like my heraldic beast series would be good. My favourite rpg monster format is Mutant Epoch that has a mutation/variant table for each monster. I also like how in stormbringer 1st ed it is recommended most monsters be unique. I also like reskinning monsters like owlbears are just bears in 1st ed and didn't really need a separate long winded stat block. A book of modern and sf additions or possibly a version for Planet Psychon might happen. A book with detailed descriptions of spells and skills might be good too. I should probably play with a bit while holidays and 40c heat keeping me in.

Mutations
I did do a book on this and it broke me. Trying to make them all balanced and edit them was too stressful and a bunch of file problems made me quit. The mutant class worked well in play and it was good by level 4 most were incomprehensible and made artists unable to draw character portraits in game. I'm halfway through a clown mutation table. More? Insectoid, beast, a really chaotic one, plague one....

Beast Folk & Abhumans
I did a massive long descriptions of various beast types. While dealing with last one on marine ones a glitch happened and 4 beast types were lost and I spat dummy and never went back. I'm currently working on fixing this post and will do some more for a book on abhumans. Originally I had them as beastmen but a 7 year old explained I was misgendering them so beast folk it is. Later as I realised I could have elemental abhumans or even use them for barbarian or orcs I went with calling them Abhumans.

War Zones
I enjoyed this series but did enough for years of play. A set for a human invasion or a evil empire or chaos horde might work. reptilians, dwarves, cave folk, barbarians all possible. A book of them all and a simple wargaming system might work.

Goat Quest
A book of all this stuff might work

Exile Island & Shadelport
This was my main setting for years. Some areas are very detailed. Id still like to map Bloodsand village and put it out as a book or put it all in a comp on marine stuff. A revised Shadelport book KS might happen one day. A small booklet on sewers might happen.

Murder Hobo Stuff
Revision of this book with more on the village maps and other updates might happen. I did some lady murder hobo drawings too.

Hell
I did plan a book on this and came up with lots of d100 ideas. Described 4 main layers - plague, inferno, swamp and underworld (cold hell, a city, jungle, a dungeon? undecided) plus several extra layers that connect them all - sewers and a boiler room and would like to flesh out the library and possibly a dungeon. Id like to finish and compile this stuff. Possibly I was in a dodgy mood and sick when i wrote this.

Planet Psychon
Im prepping for a KS DEC 2020. I will be getting some artwork done and finishing my EMO books and making a broken hill book. Probably will have a bit on the last days before the apocalypse too - sort of a proto Pschon murder theme park gone mad.

Xor
Still trying to write a magic system for Xor and probably a bestiary. Hopefully a KS one day.

Other StuffI always wanted to detail a huge bridge in Shadelport you can get trapped on for years without proper paperwork. I would like to expand regions of my setting and possibly other ages.

Dungeon Zones
One of my earlier projects was a setting where modern Australian special forces invaded a dungeon dimensions. Inspired by the Long Stairs setting stuff I ran this several times for cons and some short games but struggled to have it last long but it was lots of fun. Part of the concept I developed was a number of thematic dungeon zones which I changed over time but they were seeds of lots of my current work. I envisaged a dozen and several I axed for reasons. Will redo this book I did for it.

Gothic Mausoleum Zone
Thematically this is based on Gothic ruins, castles, tombs and graveyards with lots of undead and horror. The book I did on this needs a revision some day and at least art is easy to get.

Redbrick Dungeon Zone
This is a old school dungeon complex type that is springing up seemingly on their own. Kobolds build them enthusiastically filling them with traps according to some divine will. All built to uniform plans and schemata. Explorers often find them still half built. Lots of variations exist. Book of this I was fairly happy with and got lots of playtesting.

Goblin Mine Zone
This covers the mostly goblin filled mines commonly in hollowed out mountains where humanoids and demihumans battle. Book of this was pretty satisfactory.

Enchanted Manor
A sprawling manor built by inbred wizard clans, filled with magical artworks, illusions and haunted follies. Id like to work more on this.

Glacial Cavern Zone
Lots of this is featured in my stone age sorcery stuff recently. Id like to explore the higher level stuff with giant and horror filled caverns and undead inside the elder ice caves.

Desert Temple Zone
My Exilon setting overlaps with this and I will be doing some Aegypt adventures soon so will be more on this. Basically was intended to be bronze age desert ruins with curses, undead, chimera and demons.

Giant Fort Zone
Long ago giants were kin of gods and built huge sprawling castles. Many were buries or hidden in other worlds or mountains. The degenerate kin of true giants wander these huge complexes still. All kinds of strange magic is here and even remnants of civilized elder giants from the dawn of creation. This is for high level stuff. No plans for this but some day.

Underland Zone
Ive done bits of this and will do more. A bunch made it into a book so im waiting a few years before I bring out my version.

Forbidden Ruin Zone
This is a ruined jungle city crawling with prehuman horrors that civilised adventurers explore. My monster Island stuff fits here. In one of my Exile Island campaigns adventurers came here with vikings and set up a base to plunder the place which was pretty horrible. Lots of dragons and reptilians and prehumans and former human slave tribes here.

Sunken City Zone
This is a half sunken city fused into a coral reef crawling with fish folk and sea horrors and undead pirates. All of my maritime setting stuff will end up here. It's a long term work in progress.

Elder Ruins
A prehuman city of alien horrors on the edge of the world. Not really fleshed out much but overlaps with glacier and forbidden city. Might be doing more of this. I'm not sure if will expand on the empire of the age of darkness or more primordial elder horrors.
Posted by Konsumterra at Monday, December 30, 2019