In defence of skill and ability rolls 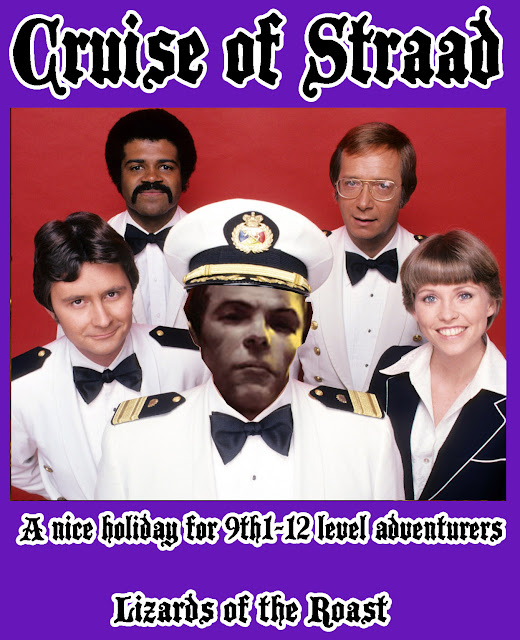 I made this meme based on some poor guy asking on FB for advice running the cruise of straad. So yeah im the last person who should be mean about typos. Anyway a vampire cruise might be a good adventure.

Recently there have been debates asserting that attribute rolls are a terrible problem that remove autonomy. Some went back to the war game roots of the game claiming the attributes have very limited purposes and thus charisma gets followers and is nothing to do with being charming.

So Im not going to repeat those arguments but dance around the general subject and rant lots about stuff possibly flimsily connected. A side note is I despise gambling, bets and games of chance but RPGs are fine.


So this debate is not only in DnD. Many players of Cthulhu games prefer gumshoe system to chaosium BRP because spot rolls to search stuff takes away player autonomy and rolling lots to find clues has problems. Like if you don't find a clue does the adventure break? So in the last case there are adventures predicated on noticing someone making a spot roll to see a clue. Well in this scenario as the villain is a next door neighbour you could have some local incidents and then have another opportunity. Or you could just say the dice roll is theatrics to make the player feel like they are achieving something. I could make the roll have varied degrees of success so even a fail sees something suspicious. The GM has plenty of options here to save the scenario opening. An easy way is have plenty of witnesses and the odds are a player would succeed. Even failure with whole party can be amusing.

So if players want to search a specific panel, desk or object thats ok too. They could get a bonus or it could speed things up. If they smashed the desk they probably would find a hidden object I don't have a problem with that. I dont mind players rolling for persuasion or conversations too. Often rolling is just a way of speeding up play. Searching everything item by item can be tedious. Talking to every shopkeeper can be pretty tedious. Sometimes it is fun but wasting game time is a problem especialy in a four hour session with multiple players competing for face time or a few showboaters controlling the DMs attention. If everyone wants to do this it is ok but finishing a adventure is ok too. The opposite of a player who just wants fight can be a pain too but that's another story.

Im fine with players getting a bonus to a roll or a extra roll for being specific or having a good idea so you can kind of do both approaches.

While older DnD recommended a stat roll to do things outside of specific class abilities, later versions of 1st ed with non-weapon skills used stat rolls for all kinds of effects. Personally I like this and It is part of my retro clone. I offer unskilled persons a chance often and apply some simple dificulty mods or give automatic successes in non stressful situations. I like skill systems and played BRP as much if not more.I do like very simple bonus systems as opposed to adding lots of numbers and find recent eds overly complex and wasteful recording of information.

My current system uses this:

So part of my claim is in the economy of play time a roll can speed things up rather than role play stuff that has little effect or could even be a distraction. Most of my more recent ed game play is pretty slow already. I did not like the non weapon proficiency requiring various petty pluses when a stat would have been simpler and require less book checking another time wasting exercise.

There is also the economy of time in a dungeon like wandering monsters to make time wasting a hazard. Time is one of the resources a player contends with which effects light sources and spells. It is one of the things we deal with in game so making lots of search rolls can be pert of the challenge. In Cthulhu you might have limited time to find documents in a library like opening hours and those failed library use rolls whittle away the resource of time. Oldschool gaming is resource-horror to me and less about heroism but it can be that too. To be heroic you need to actually suffer and failing stuff and struggling with time is part of a adventure.

My other main point with rolling skill and attribute tests is i don't thing players are the same as characters. Your stats are a tool to play someone other than yourself. I like the idea of live action role playing but i cant afford costumes and I don't want to play a cripple old man every time. Im happy to use stats to guide behaviour and personality of a character. I'm happy to have my character try things i should not be able to or know stuff i wouldn't. I'm also happy to have players roll to see if the character would know stuff modern people take for granted. Playing ignorance is required at time. I had a plyer who was a survivalist ex sniper and he would try to bring all kinds of horrible real world murder antics into every game and often we had to explain your character cannot make a bomb even if he offered to show us how with stuff under the kitchen sink.

I have seen players be very silly and take risks and DM make player roll for Wisdom to see if character would do the stupid party threatening thing. This is a bit of an attack on players autonomy but their behaviour was a problem for every other player. Ive had new players join in a 2 year Cthulhu game and try and help cults, hide clues, which for the regulars who fought hard for years is not great.I probably have killed characters for consistently doing stupid things. Players who just want fights and attack everything can work in a game where everyone wants it but a one madman can ruin an adventure and the whole player group experience. I'm not sure if rolling to force a player to not do the stupid thing is great but a roll so everybody at tables knows your character knows what they are doing is a jerk move does make people pull their heads in. There is a whole bunch of issues here not in scope of this but basically a roll to let a player know something is a obviously dumb thing at least makes it clear if they are jerks is ok. Forcing them to act to DM whims is bound to be a problem. If it is a common thing that comes up there are other issues going on.

As far as player vs character ability goes rolls to know setting info are fine. If someone who reads poorly wants to play a literate characters and make rolls to know stuff the player does not that is ok. If a shy player wants to play a character with friends who is good at persuasion that is fine. Forcing a shy person to roleplay everything or compete with a flamboyant over actor is not great. If skill and ability rolls let a player do things they cannot in real life that is good. If a player wants to role play or search specific things let them. But to me the point of a characters attributes and abilities are to act as a leveller. I've played a few more narrative less gm power games and several players with more flamboyant egos tend to dominate more quiet ones. Also the diminished GM sat back and let it happen in the name of autonomy. The point of game systems is to mediate and balance and provide physics and chances of doing stuff. A shouty story writing group or amateur improv theatre  is a different experience.

One other point for arguments stats have very limited effects based on 70s wargaming is kind of steamrollering of nearly 50 years of gaming evolution. Wisdom for example has changed slightly edition after edition. Nowadays Wis is used for perception which i dislike cos wise old people having acute senses seems silly. I renamed stats in my retro clone to help define stats more clearly and made some new uses for them. One of my beefs with many new editions is adding stuff on character sheets that are not needed. The argument bonuses are more significant than attributes which could be removed is more true if the attributes do nothing in play. I feel this a bit in 5th ed.

In BRP I find calculating stat derived skill bonuses is one of the biggest pains (Ringworld did it well though). But I preferred the old resistance table because it used less dice while 7th ed Cthulhu can end up using lots more dice. Ive also seen some the odd for different things change in the more recent system and prefer the old ones.

Thankfully I don't hear ppl proposing to fight the DM in melee combat in the name of role playing and are satisfied with rolling dice to stab monsters.
Posted by Konsumterra at Monday, July 01, 2019