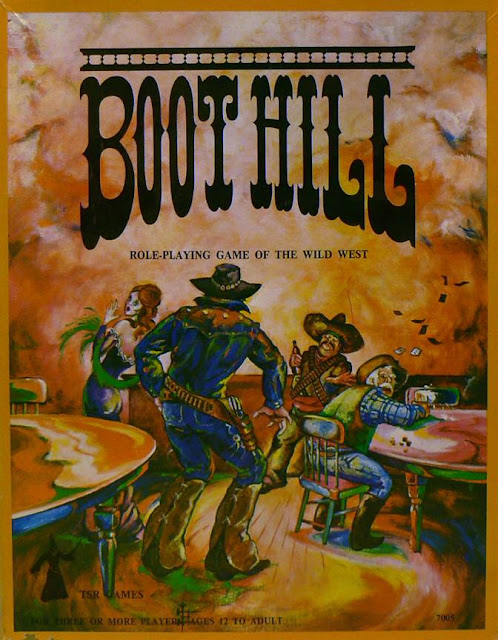 A time goes on and Gary is driven away by his increasingly killer narrative designs and Hollywood shenanigans allowing hostile board take over and plot to replace star frontiers with buck rogers. Players are tourists with secret agendas from internal corporate politics, IP lawyers, rival corp espionage, sabotage, journalists looking for scandals, investigators concerned repetition of Dellos schemes and many more reasons. Exposure of secret RnD projects of new parks are a common goal. Spelljammer and Dragonlance, Forgotten realms and Ravenloft are vying for construction and development teams are always fighting and using dirty tricks to get their setting "published" as a theme park.

Those entering park as tourists have to contact staff and hosts to get information and avoid real murders and killer androids sent by rival factions and park security. You might have to follow park narratives to find clues and hosts modified to be data drops. Entering incomplete parks is high risk as hosts not full programmed yet and construction sites create own hazards.

So ive been enjoying watching Westworld series and original movies. I remember the 1980 series abit and the androids in six million dollar man and bionic woman. Dream park novel and possibly RPG might be a look. Following a narrative in characters character and having characters other missions pop up might be interesting. Also you get to make one character and use in all settings. Just simply convert them some how no problems.
Posted by Konsumterra at Tuesday, March 14, 2017