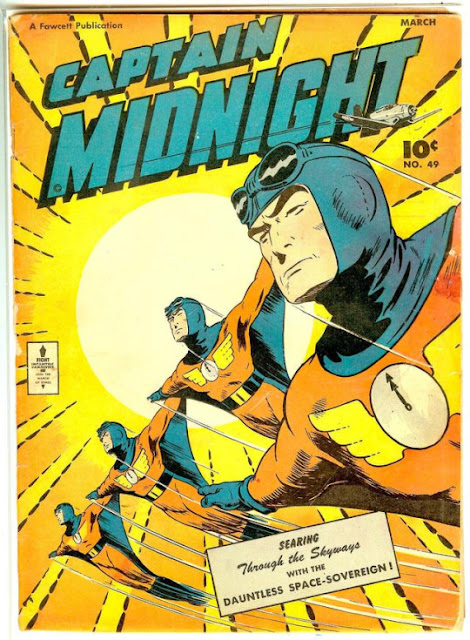 As I'm prepping for a Marvel game I have discussed various character generation systems I will use. One was using a bunch of bloodline templates with stats and powers dictated by type. As this is kind of a new era for my River City setting im going to release my new generation bloodlines to celebrate. One player wants to try a new one and one other happy to use the min making mystery man creation system instead.

This article has rank mods for basic meta types

1st generation WW1-WW2 golden age
Appeared on battlefields of both world wars increasingly a mix of government propaganda and espionage roles or vigilantes occupied most. Most people didn't believe in super powers but children and simpletons did. WW2 featured the first team battles and team ups in the fall of Berlin and Japan. After the war most seemed to disappear.

One of first observed types appeared as heroic examples in war time who mostly looked heroic and were quite popular with human troops and handlers they fought along side of. They wore colourful often patriotic uniforms to inspire and to dismiss as propaganda myth if needed. This is a good kit to create a strong athletic fighter who usually are attractive to the public. Able to rely on own body as a weapon.

Less used in public and better at subterfuge and secrecy. Less of these superhumans wore normal clothes or paramilitary. Many supplement powers with weapons and technology. Used as assassins or agents while others lived as martial artists or vigilantes. Many get bad reputations for bad attitudes and being hard to kill.

Were used for recon use and were difficult to find or locate and good at escape. Less violent and willing to play decoy using self as a hard target. Most are optimistic and have smart mouths. Camouflage or common dress disguises are common. Often use technology and weapons also. Avoiding danger and hard to follow or see unless they want you too is common rep.

2nd generation Cold War era silver age
The fifties and sixties was a optimistic age jet travel and prosperity. UFO and Superhuman sightings were commonly reported and most heroes in early period wore streamlined symbolic uniforms and worked with authorities while the dark murdering vigilantes were out of the public eye or were given government jobs. By the end of the era the Hippie generation the spawned superhumans were less uptight, more interested in independance and less trusting of authorities. Cleancut uniforms were replaced by crazy hippie threads.

These are the best inventors and information analysts with superior intellect. Many stayed in labs or prefered to equip heroes or just make money. Plenty have powers that make them optimal in combat also.  Having the brains to develop tech to use with powers or understand the science of lets them be even more dangerous as they tend to be more imaginative when using powers.

Good at everything they are very flexible. Popular with public and often a bit flashy. Often specialise in energy but some more physical. They were the most visible and high profile hero type of their age. Forming whole teams for public deployment. Most prefer ranged combat but their are plenty of exceptions.

The dreaded psionic specialist was considered the most feared type and authorities at first would try to capture them first and recruit the most compliant. Unfortunatly this resulted in a Psi underground and proof that humans were very vulnerable to psi attacks and superhuman charisma. The weakest and most human in most ways but mentality makes them giants.

3rd generation public era of super humans bronze and iron age
By this time the state monopolies and influence over heroes was broken and more heroes went independent and became pubic vigilantes or criminals. The state gave up their ailing propaganda heroes and the more deadly super black ops, cyborgs and black weapon programs became more common. For every independent in public eye a super agent would be exposed forcing them to go public. In the 70s bronze age social decay, urban problems, racism, sexism were public issues that gave away to corporate greed and the birth of cyberpunk values in the 80s. By end of the era heroes were less likely to be a kid next door and more likely to be secret government cyber ninja kill team agent with hacker support. More superhumans were raised in government training camps or with superhuman parents or communities.

These heroes tended to be leaders able to fight. Many worked within military or police. Some describe as psychic muscle men. While not as powerful as a apha many can for short periods display great physical feats. Some outside the government sphere led syndicates or started revolutions. Seem to enjoy public attention and celebrity status more than any other type. They are particularly perfect physical specimens and oversexed.

Sigma make defensive and investigative experts, They tend to be quiet but highly strung and sensitive. Many live in wilderness but plenty in police and vigilante roles. Many willing to use weapons and they tend to be very patient.

Tend to be squat, broad and hard working types. Many like labourers and most prefer using tech or tools or making things to fighting. Many work in mining, lumbering, construction and are well suited to rescue and disaster recovery work.

Omegas appeared and infiltrated hundreds of super hero teams in the 80s and at first many mistook the for psionics. Actually they specialize in affecting superhuman abilities of others or even manipulating their own powers. They are also very charming and secretive. many heroes dont trust them. Many were employed to hunt heroes or disable them so many superhumans wary of them. A few specialized in power amplification but villains tend to kidnap them. Humans feel unthreatened by them foolishly.

4th Generation yet to be defined new gen
These most recent generation have just started spawning and awakening across the globe. They seem more maximised for frontline fighting and less specialized in their roles. Experts cant agree If they are designed to accommodate new powers and technology or represent more intelligent design than older gens. Many are wary  of new punks and suspicious they are part of some new plot.

Enjoy fighting and usually use high energy powers up close for mayhem. Tend to be tougher and more reckless than other types, relying on speed to start and finish fights faster. All kinds of agencies are trying to find and recruit them. So far only a few have been observed by public as agents or criminals.

These are stronger, cruder and built mostly for combat or cargo moving with little other purpose. Most are ten foot tall most of the time, average to ugly in appearance and not especially bright or good at communicating. Many are monstrous in form and action and the public often fear them. Responsible for lots of property damage.

A more resilient psionic type with less esoteric abilities more for front line roles. Tend to be cruder and more interested in manipulation others and power. Disliked and feared by others for being more interested in domination than leadership.

Fast attack saboteurs and tech users more built for fighting and physical roles than other tech users. Often use matter and energy powers and technology but with more resilience but less innovative and inventive than the older gen deltas.

Notes
d20 roll for power is handy for quick random heroes and villains or indecisive players or gamblers. Random skills and powers suits some players style and makes this probably fastest character gen style I use.

It would be nice to do a page on each power with all the variations explained and lists of possible stunts.

I toyed with idea of attribute stunts - a human would learn things like talents but a super strength guy might wand to make stunning claps or ground cracking stomps. Just a Idea at this stage.

Some Min Maxing Notes
A meldsuit with good armour stack with Good or Excellent body armour to Remarkable. Using danger sense for defensive moves to stack with your stats for better odds. Ultra Attribute and Hyper Attribute are good to expand your power ranks also.

Hyper Attribute - one attribute - feat roll to start then run for rank number of rounds a day. Adds rank numbers directly not as ranks usually do. Ex Hyper Strength + Am Strength bumps to 20 to Monstrous rank. Biological reactor enhances stats temporarily. Stunts in clude other stats or ultra stats or even rocket flight. energy sheath and many more.

Ultra Attribute - one stat has this rank added to existing rank forever. Often taken as a stunt to amp up a stat the power has stunts to improve other stats, Hyper attribute, Ultra health adds rank in health. Stunts based on use of attribute or to simulate talents for slightly sell karma. Ultra Fighting with Martial arts as stunts for example. A kind Ref might let Ultra Strength have weird Flex Mentello type Feats or Ultra Charisma to develop Empathy as a feat or Ultra Reason to learn fields of Science or engineering.

Horrible setting tit bits
My campaign timeline was collapsed together from two others one where superhumans were unknown by public until 1986 (E1) and one where heroes had operated since ww1 (E2). Facts seem to move between these two timelines when doing history. Incongruent fragments of both realities flip flop and confuse time travellers.

UFO and super hero sightings were reported and covered up by authorities. In E2 populace knew heroes by name which peaked in WW2. In E1 public enjoyed comic books in WW2 but did not take them as propaganda enhanced documentary. By 70s increasing hero numbers were getting harder to cover up. By end of 80s was a matter of fact for everyone that aliens and monsters and superhumans were real.

There were teams of costumed mystery men in victorian times.

The first generation was spawned by a cloud of alien space dust in orbit around the sun opposite the earth and contaminated or colonised earth with metahuman dna.

The second gen were spawned by more sentient self aware renegade servants of the cloud attempting to conquer the earth to be a biological spawning pit for alien weapons.

The Third gen were created by earlier meta human gens by opening hidden dna coded into metahuman evolution. Superhuman scientists and posibly several alien races. By this time the space cloud and it's servants were repressed. Superhumans by the mid 90s were several in a million, higher in some places.

The Fourth gen are unknown in origin but seem to be more combat oriented and less specialist than previous gens leading experts to agree some intelligence created them. Remnants of the cloud and her rebel servants have recovered slightly but are not the players they once were.

For every metahuman there are multiple mystery men, robots, aliens, androids, undead, crooks with guns and worse.

More
Lots of my stuff from my roadwar game is usable here like gangs and weirdos in the outback and extreme roadwar characters might fit in hero plane ok too. Certainly the two realities overlap sometimes.
Posted by Konsumterra at Tuesday, March 14, 2017