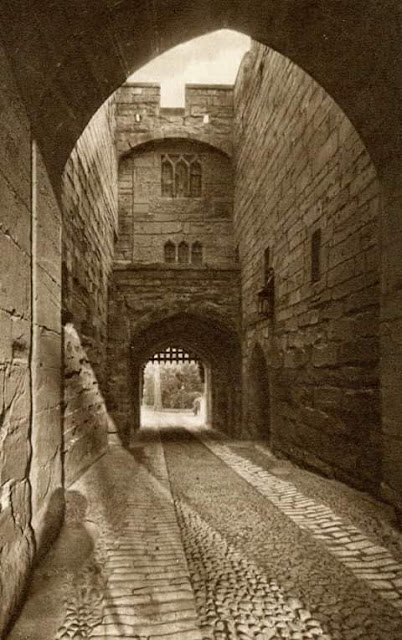 Some versions of DnD have quite a few options to create variation and specialisations. In my game bards are kinda like 2nd ed or 3rd ed bards with lots of skill choices. I also let my bards have alt spell lists and use cleric or druid or wizard or psionics list. Any way this campaign would work better if bards have choices to be different.

So the all bard campaign needs a borderland with villages and a few towns and a city on each side and a few castles. The characters are all beards. the act as spies, information gatherers, propagandists, saboteurs, assassins. Players work for one kingdom but could also serve a rebellion that must avoid letting rival kingdom invades. The rival kingdom possibly supports and infiltrates the rebels for extra trouble.

There will be lots of forest bandit gangs and robberknights many who could serve rebellion or foreign power.

So the bards wander around the kingdoms and have a chance to damage one kingdom or aid a region wide rebellion.  They could be mercenaries serving three or more sides. There would also be secret societies, faction spies, rival bards and supernatural meddlers. You could throw in mercantile guilds and banks to complicate matters more. Every settlement will have multiple quests. Players might need to visit a dungeon to recover something or for quick cash too.

Bardic performances feature heavily. Battles with rival bards and troupes. Invitation to higher status taverns then to more important clients. Rival bards always smack talk each other publicly. Spreading gossip and songs are useful propaganda tools. Hunting and humiliating rival bard groups or propagandists would be common. Climax or campaign might be infiltrating the royal palace on invitation from the king.

Travel, local knowledge and contacts and npcs would feature more than looting. More trickery and making friends than killing. Villages would be starting point. As bardic fame increases they will get appointments